Dustin Brown on why Hockey Is For Everyone 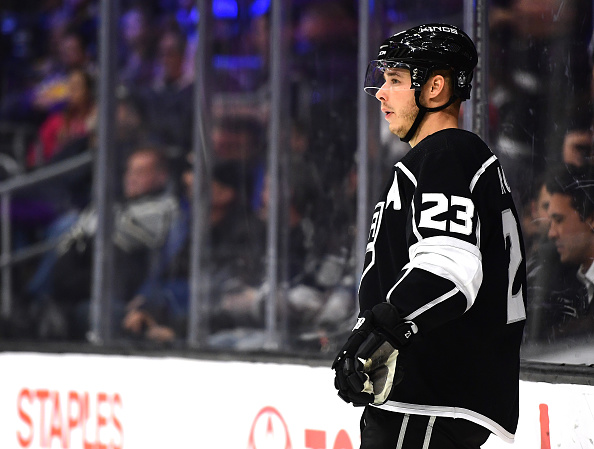 For Dustin Brown it’s important that all people who want to play hockey should have the chance to play.

“There’s people I know that come from all walks of life. I think it’s important that everyone has the opportunity if they want to, right?” he said. “It’s just making people feel comfortable playing.”

Brown is the Kings’ “Hockey Is For Everyone” ambassador for the second straight season, and to him the message of the month is one of the NHL’s best ideas. The month pushes inclusion, saying that there should be no barriers to someone’s decision to play hockey.

“The two that come to mind are this one and ‘Hockey Fights Cancer,’ obviously that’s a very big one,” Brown said. “Each team has their spin on things and I think the Kings do a really good job with all these types of things.”

The Kings will host a “Hockey Is For Everyone” night on Thursday against the Dallas Stars. You can purchase tickets for the game, here.

“It’s kind of a hard thing of ‘why do we have to have a message like this?’ It’s just the way the world is so it’s just to get a positive message out there that you can play hockey regardless of how you live your life,” Brown said.

To Brown, being an “ambassador” is less important than pushing the spirit of the month. The position is meaningful, but the significance of “Hockey Is For Everyone” carries more weight.

“I don’t think it’s really important who from which team is doing it,” Brown said. “I think it’s just a league-wide, a group effort to get the message out there that hockey is for everyone.”

Those around the Kings organization know how important social causes are to Brown, which is why lending his name to “Hockey Is For Everyone” month made sense.

“I think his really being involved in the community with both Dustin and his wife is really important. I think he’s always been a really active guy in that department so it’s interesting for him – he has four kids at home and he’s a busy guy and he’s got lots going on but he always makes time for stuff like that,” Coach John Stevens said. “I think it’s important to him. I think he does it because he wants to do it and I think he wants to make a difference.”