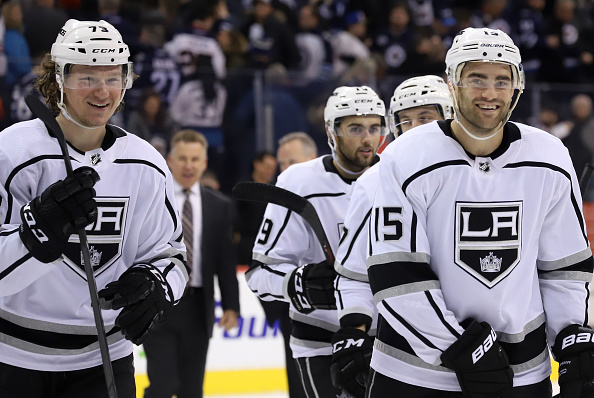 Coach John Stevens called the Kings’ 4-3 victory at the Winnipeg Jets “one of the better wins of the year.” The team was playing a back-to-back against a Jets squad that had lost just five games at home in regulation all season. Los Angeles got in late the night before from its win at the Chicago Blackhawks. The team also faced some in-game adversity, allowing the first goal before finding its game in the second and third periods. Essentially, there were a lot of difficult situations that could have prevented them from winning, but they still found a way to come out on top against one of the best teams in the NHL. The Kings finished their seven-game road-trip having won three games in a row and with a 4-3-0 record over the stretch. Overall, the trip didn’t ‘make’ the Kings season, but it also didn’t ‘break’ it and kept Los Angeles right in the thick of the playoff race. Also, they certainly appeared to be a better team at the end of the trip than when they started it, which is always the goal. 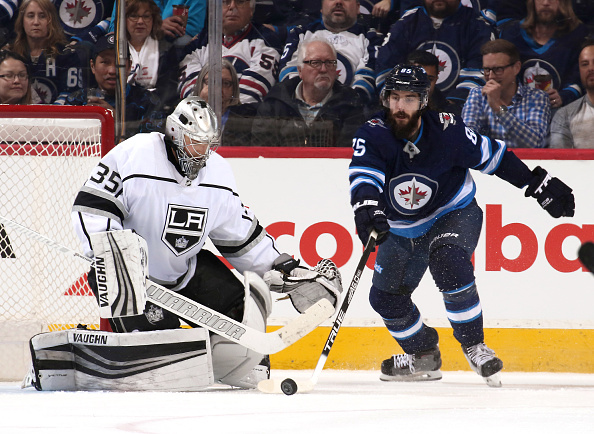 Several players who had played big roles in recent contests continued to produce. Defenseman Alec Martinez picked up his third and fourth points in five games and showed why he is an under-the-radar power play weapon with his 10th and 11th points on the man-advanage. Martinez tied the game at 1-1 and later found defenseman Dion Phaneuf for Phaneuf’s third goal in four games with the Kings. Torrey Mitchell’s third period goal was his second in as many games as he continued to show versatility playing wing on a line with Adrian Kempe at center and Tanner Pearson on another wing. Goaltender Darcy Kuemper kept the Jets at bay in the first period, stopping 15 of 16 shots on goal and keeping the game within striking distance for the Kings until they found their rhythm. Though ‘secondary scoring’ was a big story of the trip, forward Dustin Brown, one of the team’s core members, notched the game-winner. The Kings allowed a late goal to Jets forward Patrik Laine, but their end-of-game faceoff execution was top notch for the second straight contest. Anze Kopitar won three straight faceoffs against Bryan Little, which killed a large chunk of clock, and effectively iced the win. The previous game at Chicago, Kopitar won a late draw against Jonathan Toews that also enabled a lot of clock to tick away. Overall, this wasn’t a formulaic ‘good road game’ coming off a back-to-back — getting a lead early and trying to hang on. Instead, the Kings took it to the Jets the last two periods, which in part is why this victory was so promising.