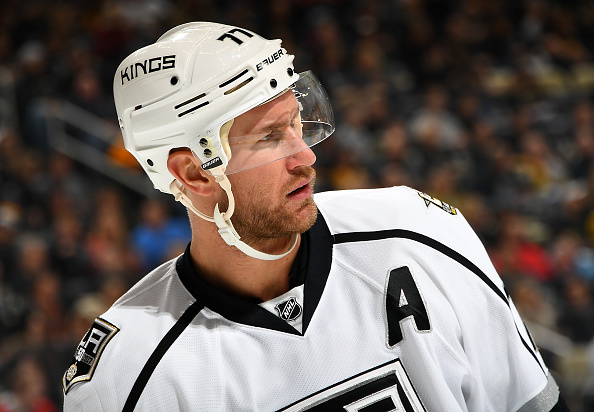 Forward Jeff Carter has been cleared to begin practicing with the Kings, the team announced Wednesday.

Carter is expected to take part in Los Angeles’ morning skate Thursday, but won’t play in the evening’s 7:30 p.m. home game against the Dallas Stars. He has played six games because of a deep cut that required surgery to repair a tendon in his ankle. He has mostly been skating and working out on his own as he recovered from the injury, which he suffered on Oct. 18 against the Montreal Canadiens.

General Manager Rob Blake addressed Carter’s status last week when the Kings were in Pittsburgh to face the Penguins.

“He’ll hopefully join the team when we get back from this road-trip practice-wise and once he’s integrated into practice it’s a matter of time, but as far as progressing, everything is on track,” Blake said. “He’s doing as much as he possibly can on his own. We felt it was better to leave him behind because we were limited in practice days here.”

Carter should help give the team more scoring, which is generally a position of need around the NHL this time of year as groups try to bolster their rosters for playoff runs. The 33-year-old Carter is coming off a season where he had 66 points and made the All-Star Game.

“I think when you add a player of Jeff Carter, that we already know and we know where he fits into our lineup, it moves everybody around and into the right spots. We’ve had a lot of guys having to play out of position this year in the middle. It’s no secret,” Blake said.

The Kings just went 4-3-0 on a seven-game road-trip and have won three games in a row. They have been able to mostly stay afloat without Carter and currently hold the final Pacific Division playoff spot with 71 points.

Los Angeles also said forward Trevor Lewis is still “day-to-day” with an upper-body injury. Lewis was hurt in the team’s Feb. 9 game against the Florida Panthers.