Waking up with the Kings: February 20 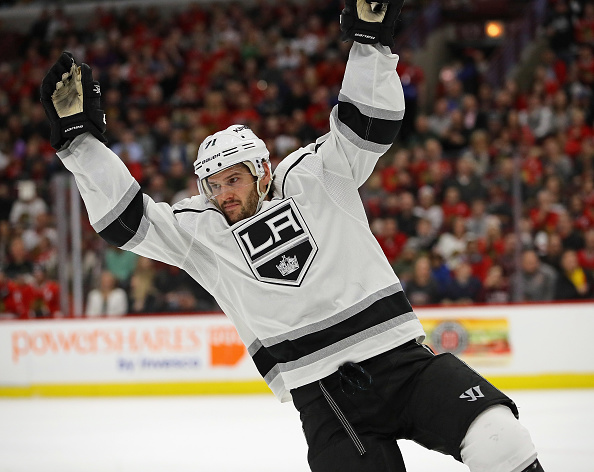 It doesn’t seem all too long ago that the Kings were struggling at the starts of their games. Whatever the issue was, the team seems to have corrected it in a big way. On Monday, the Kings outscored the Blackhawks 3-0 in the first two periods of their 3-1 win. Overall, they’ve outscored their opponents 7-0 in the first two periods of their last two games and 3-0 in the first period. Before these last two games, the Kings had been scored on first in every previous game of their road-trip. In their first four games of the road-trip they were outscored 6-1 in the first period alone. Suddenly, the third period has become an issue, as the team has been outscored 3-0 in that frame the last two games, but ultimately their starts have been so good it hasn’t mattered that much. Against Chicago, the Kings played arguably their best period of the trip in the first, firing 15 shots on goal and allowing just four. The Blackhawks barely mustered anything for two periods, firing 15 shots on goal to the Kings’ 29. Though Chicago has struggled this season, they were coming off a 7-1 victory over the Washington Capitals, which showed they still had some life left in their long-shot chase for the playoffs. The Kings smothered them early, hurting whatever lingering good vibes they had from that game. 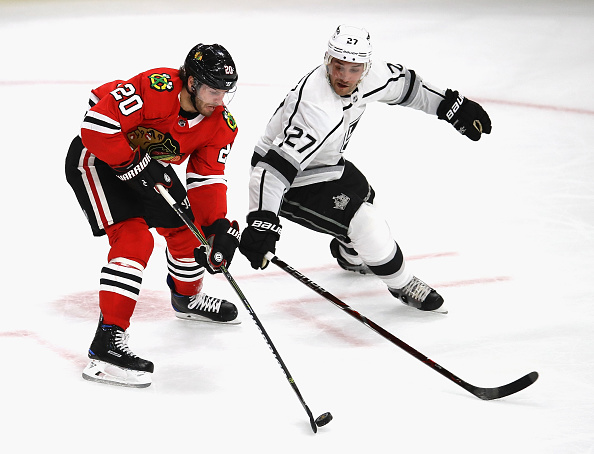 Coach John Stevens has harped on secondary scoring, and the Kings have gotten some in bunches of late. In this game, Los Angeles got a goal from Torrey Mitchell and another from Andy Andreoff. Andreoff’s goal was his fifth point of the road-trip. His offense has been a big reason why Los Angeles can come out of this long voyage over .500 with a win over the Jets. Mitchell’s goal was his fourth of the season, but his second of the road trip. Dion Phaneuf scored a goal, but it’s less his offense that has been impressive and more his defense with partner Alec Martinez. Phaneuf’s physical game and Martinez’s heady defensive game have provided a nice complement to one another and could provide some level of a shutdown pair moving forward. In regards to their offense, however, Phaneuf’s goal was his second on the man-advantage, coming off an assist from Martinez. Before this road-trip Jonathan Quick had gone 1-7-0 with an .874 save percentage. Now six games into the trip, Quick has played in every game and held a .936 save percentage. He was the big difference in the third period, making big save after big save to keep the Blackhawks at bay.