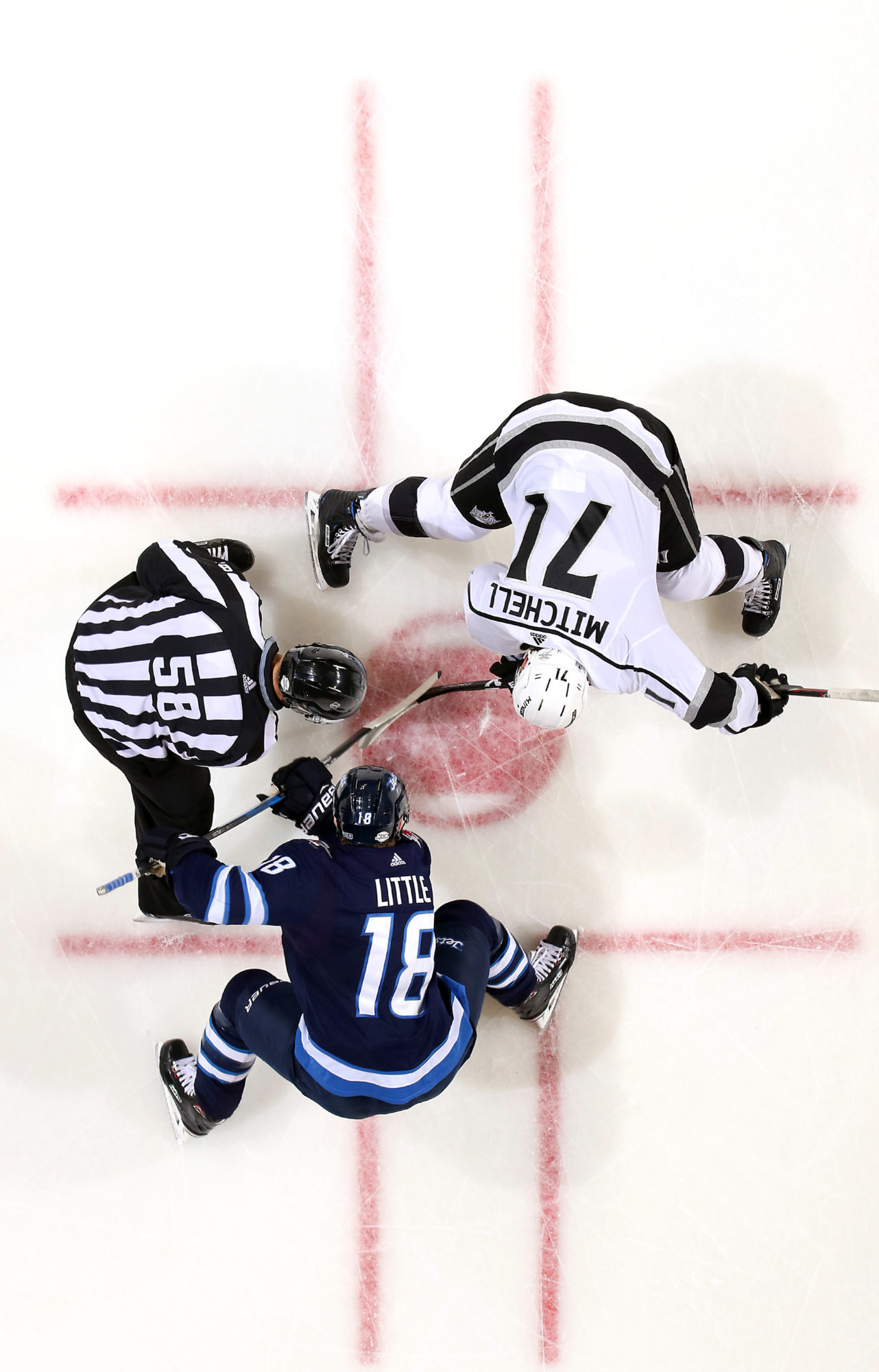 Anze Kopitar, on his 900th game:
Nothing really, it was a game where it puts us over .500 on a tough road trip really. I certainly wasn’t looking at it any different way. You come in here and the guys were aware of it and there were some congrats flying around. You just want to get out and really get the win, that’s all that really matters.

Kopitar, on getting his 800th point after assisting on Brown’s goal:
Usually when a milestone like that rolls around we grab them for everybody. I guess at the end of the day when you’re done playing if you have ‘first NHL point’ or goal through whatever you’ve done, being 100, 200, 300 I guess that’s a pretty cool collection of pucks to have.

Kopitar, on if he can wrap his head around playing 900 games:
I mean, 1,000 is a really big milestone. When I get that I’ll be pretty happy about that one but I mean looking back – a kid from Slovenia just to make it to the NHL and stick and let alone play 900 games, that’s a pretty nice accomplishment.

Darcy Kuemper, on “weathering the storm” in the first period:
They always come out flying here and we knew that was kind of our mindset was to work through it, defend well. And I thought we did a good job in our own zone and then after that we were able to salvage our game and start getting on the forecheck, started dictating the way we wanted to play, and were able to take over the game.

Kuemper, on what it means to win against a team that’s been doing well:
Yeah, we’ve been good in back-to-backs all year I think it’s been a long road trip, but there’s no nights off with this playoff race. We knew we had a chance to get into the playoff picture here tonight so we were pretty determined to do that and you know, we just did a great job.

Kuemper, on how he prepared for tonight’s game:
I didn’t change anything with how I prepared. Just maybe in the back of my mind, I think we all knew we had to be sharp and be ready from the start. But other than that, I just went through my regular routine.

Kuemper, on facing sixteen shots in the first period:
Yeah, I think I was ready to go right away. I thought our whole team was even though they took it to us a little bit there. We defended well and we stopped the passes and did all the little things defensively that we needed to do and got through it. And like I said, were able to establish our game in the second half there.

Torrey Mitchell, on what it means to finish the road trip with another win:
It’s huge. We knew how important the two points were coming into tonight and you know, trying to get back in a playoff spot so it was really good effort by us and great to get the two points.

Mitchell, on whether this game was a measuring stick for what’s to come:
I mean every team is good, but they’re doing well. Obviously they’re ahead of us in the standings, points-wise. Yeah, a little bit. But we’re focused on getting the two points and on our play, so it was just good to get the win.

Mitchell, on how they were able to start dictating the play in the second period:
We just talked about the first period not good enough and then came out in the second and pushed the pace a little bit more and they kind of took it to us in the first so we had a good response in the second there.

Mitchell, on what he saw on his goal:
Just Kempe working in front, sort of popped it right back to me. Wide open and that little patience and it was good to score.

Mitchell, on Kuemper making big saves in the first period:
Oh that whole game he was making big saves. There was a couple sequences there where they had three or four shots in a row so he was big for us and we wouldn’t have won without him tonight.

Mitchell, on how it felt to score a big goal in tonight’s game:
I was just excited. I hadn’t scored a big goal like that in awhile, so it felt good.

Mitchell, on whether the team has “turned the corner”:
I’d like to think so. Take it one game at a time, but yeah it’s nice to get a few wins in a row for sure.