Waking up with the Kings: February 18 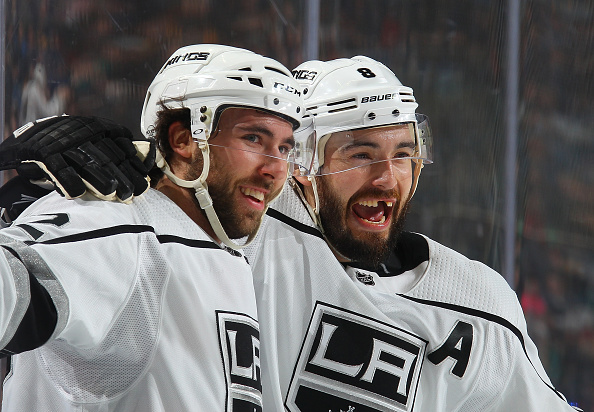 Hello Insiders and good morning after what was a strong all-around victory by the Kings in beating the Buffalo Sabres 4-2 in Buffalo yesterday. The cynic may say that the Kings – a team with playoff aspirations – should beat the Sabres, the team with the worst record in the Eastern Conference. But in today’s day and age in the NHL with the salary cap there are no freebies. If you don’t bring your best, you will get beat and the Kings started strong and let everything flow from there. They scored the first goal of the game for the first time in their seven-game road-trip, which was important. When a team is struggling, the longer it goes without scoring can create some pressure and stress. The Kings made sure this wasn’t a problem with Michael Amadio’s first period goal. Maybe even more importantly was the fact that the Kings scored three goals in the second period. This provided enough separation for the group when the Sabres came back in the third period. 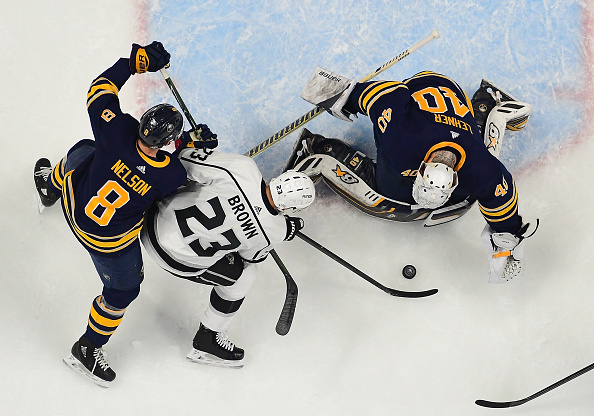 In this game the Kings got big performances from their core as well as their secondary options. Amadio scored two goals and Anze Kopitar also scored twice. Kopitar was held pointless in his last game at the Pittsburgh Penguins but hasn’t gone more than one game without a point since Dec. 23-30, which was a three-game stretch. He continues to be the team’s most consistent offensive threat, its catalyst, and a big reason why the Kings are still in the thick of the playoff race. Also, Amadio’s goals were big in that the team has struggled to find an identity on its lower lines since Trevor Lewis’ injury. Saturday’s game was the Kings’ first win since Lewis got hurt with an upper-body injury at the Florida Panthers in the first game of the trip. Though Jonathan Quick was pulled in one game on this road-trip, he has overall played well for the Kings. In five games he has a .930 save percentage, and against the Sabres in the third period, when he needed to make a save he was up to the task. He made 33 stops on 35 shots on goal. From a team perspective, the third period was somewhat concerning, where the Kings were outshot 18-6 and allowed two goals, but overall shouldn’t be something that should create any long-term worry since the Kings still closed out the win.