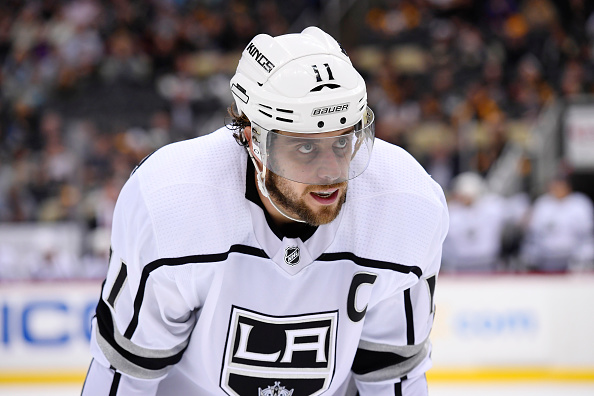 Below are quotes from Kings Coach John Stevens following today’s practice at KeyBank Center. A small group of players skated and many worked out off the ice.

On what the guys on ice were doing in regards to preparation:
I don’t know if I describe it as preparation. Today’s preparation is about being ready to play tomorrow, so it’s important to get some touches just to get a little bit of a sweat on and just really stay sharp for tomorrow.

On the penalty kill and if its struggles are schematic or personnel related:
Well, the personnel has changed quite a bit with the different pieces of our lineup. I mean Trevor Lewis going out is a big piece. (Nick Shore) when he was here was a part of the PK and (Mitchell) has come on board. (Thompson) we think can be a good penalty killer but I think our penalty kill has fallen off lately. I actually thought it took a step last night and turned into a lot more aggressive, challenging entries more, spending less time in our zone. I just thought the urgency was there last night. I thought the guys were a little better positioned in the shot lanes but at the end of the day the big thing with the penalty kill is not taking as many. We took four last night against the top power play in the league and the fourth one kills you, so at the end of the day we’d like to keep that number down to two or three at the most, but when we do have a penalty we want it to be momentum for our hockey team and I think that number one thing is a sense of urgency and removing the hesitation. So we’ve gone back over – we have a set of rules we run by just as a little bit of a structure and discipline there that makes sure there’s a really good understanding and try and remove some of the hesitation and get a little more aggressive when we have an opportunity to pressure the puck.