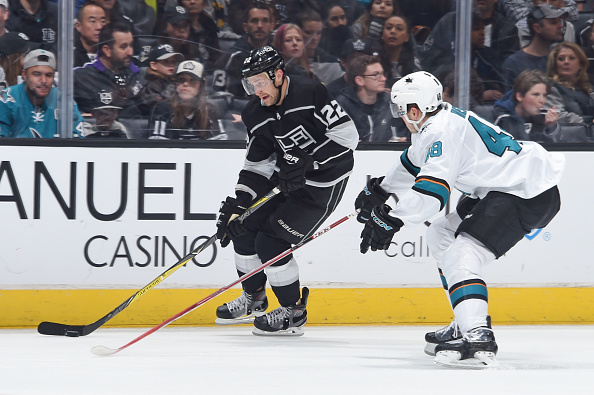 The move is retroactive to Feb. 9.

Lewis was injured when he slammed back and shoulder first into the boards behind the opposing net at the Florida Panthers last Friday. Panthers forward Jared McCann hit Lewis, which sent the Kings forward tumbling.

No other roster moves were announced by the Kings in conjunction with Lewis being placed on IR.

At Tuesday’s morning skate, Kings Coach John Stevens said Lewis wouldn’t be out for a long time, but he probably wouldn’t come back in the short-term.

Lewis left the trip Saturday to be further evaluated by team doctors.

Lewis is a do-it-all forward for the Kings and has already accrued a career-high 13 goals. He also is one of the team’s top penalty killing forwards, averaging 1:51 per-game shorthanded.