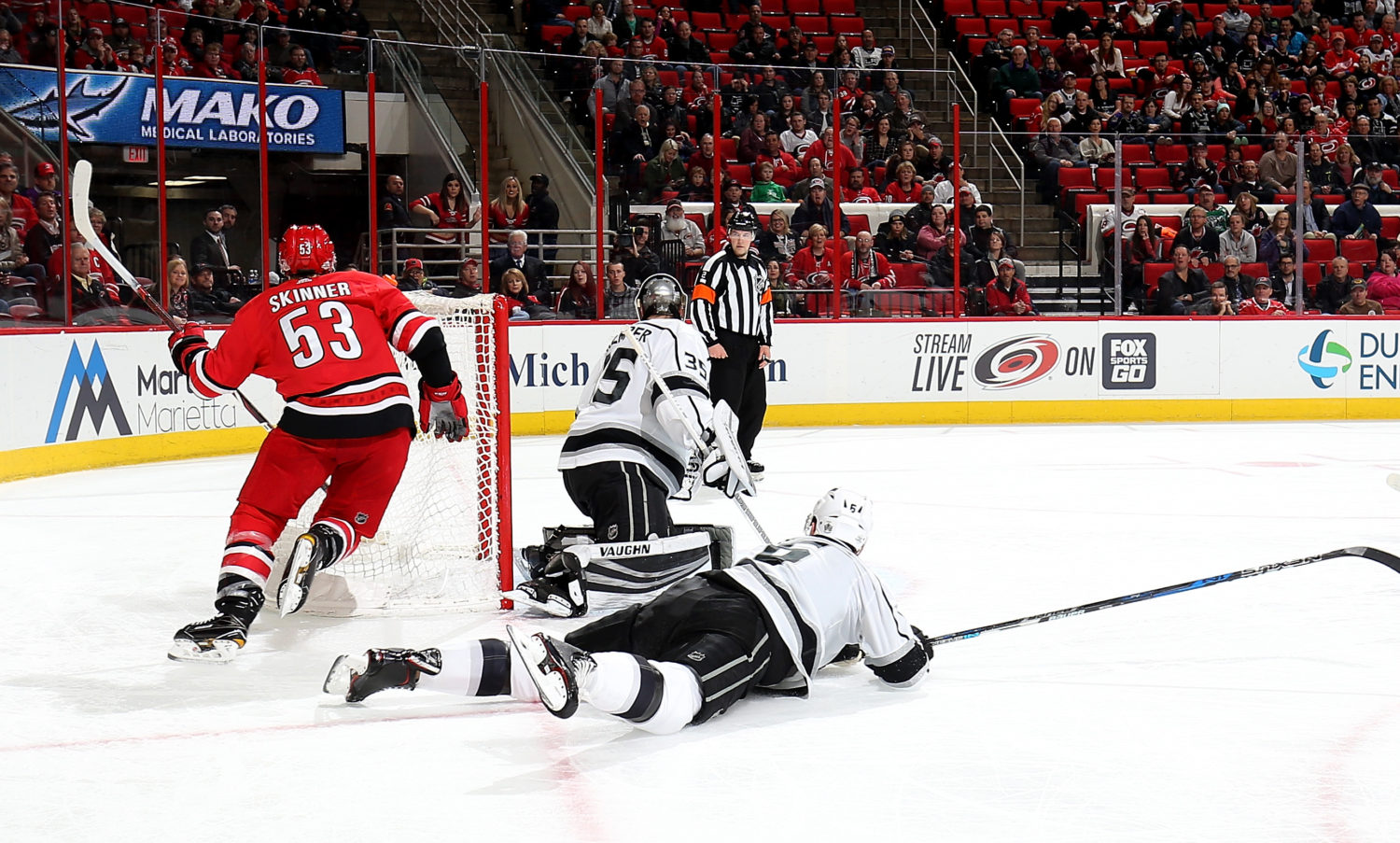 Anze Kopitar, on what can be said about tonight’s game:
It was just a poor effort everywhere, obviously. The start wasn’t good and couldn’t kill off the penalties. It was embarrassing actually. To start and come on the road and get outshot by—what was it in the first period? Like 17-3 or something? You can’t expect any goalie to keep a close game. You’re playing in your zone the whole period. You know the 3-0 score was pretty much what we deserved after that one.

Kopitar, on whether there is an issue with the team’s starts:
I don’t think there’s an issue with our starts. I mean, yeah, tonight it was, but I don’t see a pattern developing or anything like that. You know, I think it’s been an issue to get our 60-minute effort and that’s what we’re going to have to think about and correct it in a hurry.

Kopitar, on not playing a full 60 minutes:
Yeah, that’s what I mean. We’ve got to figure out a way to play 60 minutes, not just bottom out.

Tyler Toffoli, on things snowballing throughout the game:
Yeah, didn’t have the start we wanted. We knew what they were going to bring and just weren’t ready for it. We were trying to battle back, but when we were down that early and that big, it’s tough to do.

Toffoli, on the high goal differential in the first period so far this year:
There’s no real reason for it. We’ve just got to figure it out and be better ourselves and just find a way to get going and dig deep. And just find a way to be more desperate in games and not wait two, three, four goals for that desperation to come out.

Toffoli, on the amount of penalties in the first period:
I think this is kind of what happens when you turn pucks over. You kind of get on the wrong side of guys and stick penalties like that happen. So like I said, we’ve just got to figure it out ourselves and figure out how to play more desperate early on.