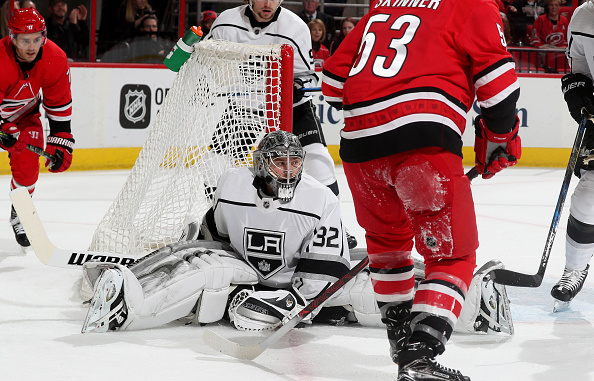 – The Kings allowed three first period goals and have now been outscored 56-36 in the first frame this season. Overall their seven goals allowed are the most they have given up all season.

– Goaltender Jonathan Quick was pulled and played 21:17, his second-shortest outing of the season.

– Forward Tyler Toffoli scored his first goal in 13 games. His last goal came on Jan. 6 against the Nashville Predators. Toffoli also notched an assist for his ninth multi-point game of the season.

– Forward Anze Kopitar scored a goal and notched an assist to reach 61 points on the season. He has 21 points in his last 17 games. He also has a five-game point streak. In that stretch he has four goals and four assists.

– Hurricanes forward Justin Williams now has eight points in 12 games against the Kings in his career.

– The Kings will practice Wednesday at 1 p.m. in Pittsburgh.