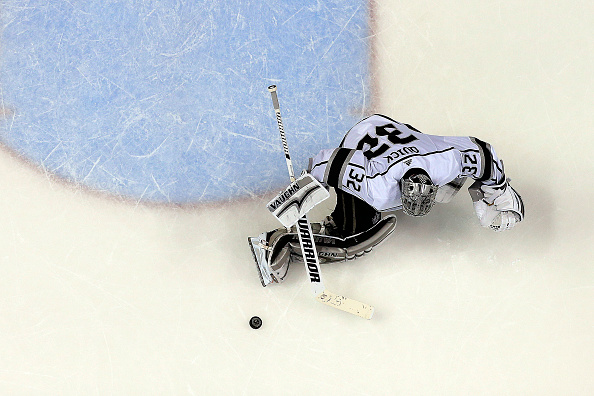 The Kings started out their seven-game road-trip on the right foot by playing solid all-around hockey in a 3-1 win over the Florida Panthers. After Florida scored the first goal of the game, the Kings kept them at bay, and Jonathan Quick was superb with 35 saves. It was Quick’s first win since Jan. 21 and a vintage performance from the netminder after posting an .874 save percentage in his previous eight appearances. Also, the Kings got a lot of secondary scoring from players further down in their lineup. Nick Shore rewarded the coaching staff’s decision to insert him into the game with a big goal. Jonny Brodzinski also chipped in with the game-winner – his first in his NHL career. Overall, the trio of Brodzinski, Shore and Andy Andreoff were a plus-5. The Kings got a goal from one of their top-line players – Anze Kopitar – as well. He now has a three-game goal scoring streak. 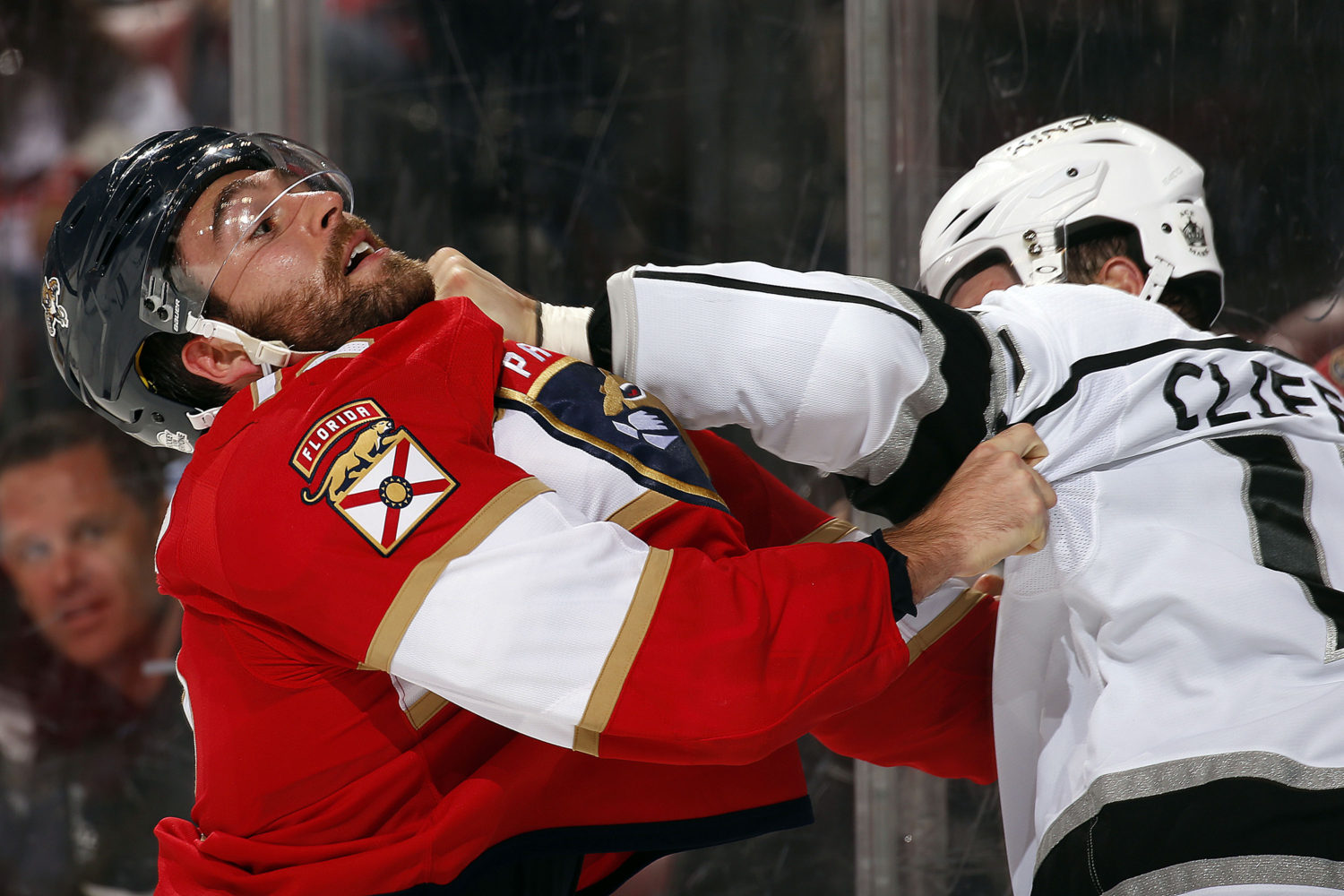 There was some worry in the third period when forward Trevor Lewis went flying into the boards after he was hit by Panthers forward Jared McCann. Lewis stayed down for several minutes and then had to be helped to his feet before exiting the game. Coach John Stevens said that he hoped Lewis’ issue wasn’t that bad, but if he has to miss any time at all, the Kings should be able to weather an absence. They came into this trip with 14 healthy forwards and seven healthy defensemen. Every player currently on the trip has made a meaningful contribution at the NHL level this season. That’s not to say the Kings wouldn’t miss Lewis and his two-way nature – he’s also in the middle of a career-year – but they should at least be somewhat OK.

More than anything, the performance by the team’s defense – including Quick – should be encouraging. Aleksander Barkov, Jonathan Huberdeau and Vincent Trocheck are three of the NHL’s top forwards and they were all held off the scoreboard and weren’t major factors during the game. Plus, Alec Martinez had six blocks in a strong return to the lineup from a lower-body injury. It was a nice beginning to the trip, but the Kings till have a long way to go – and a lot of miles to travel. 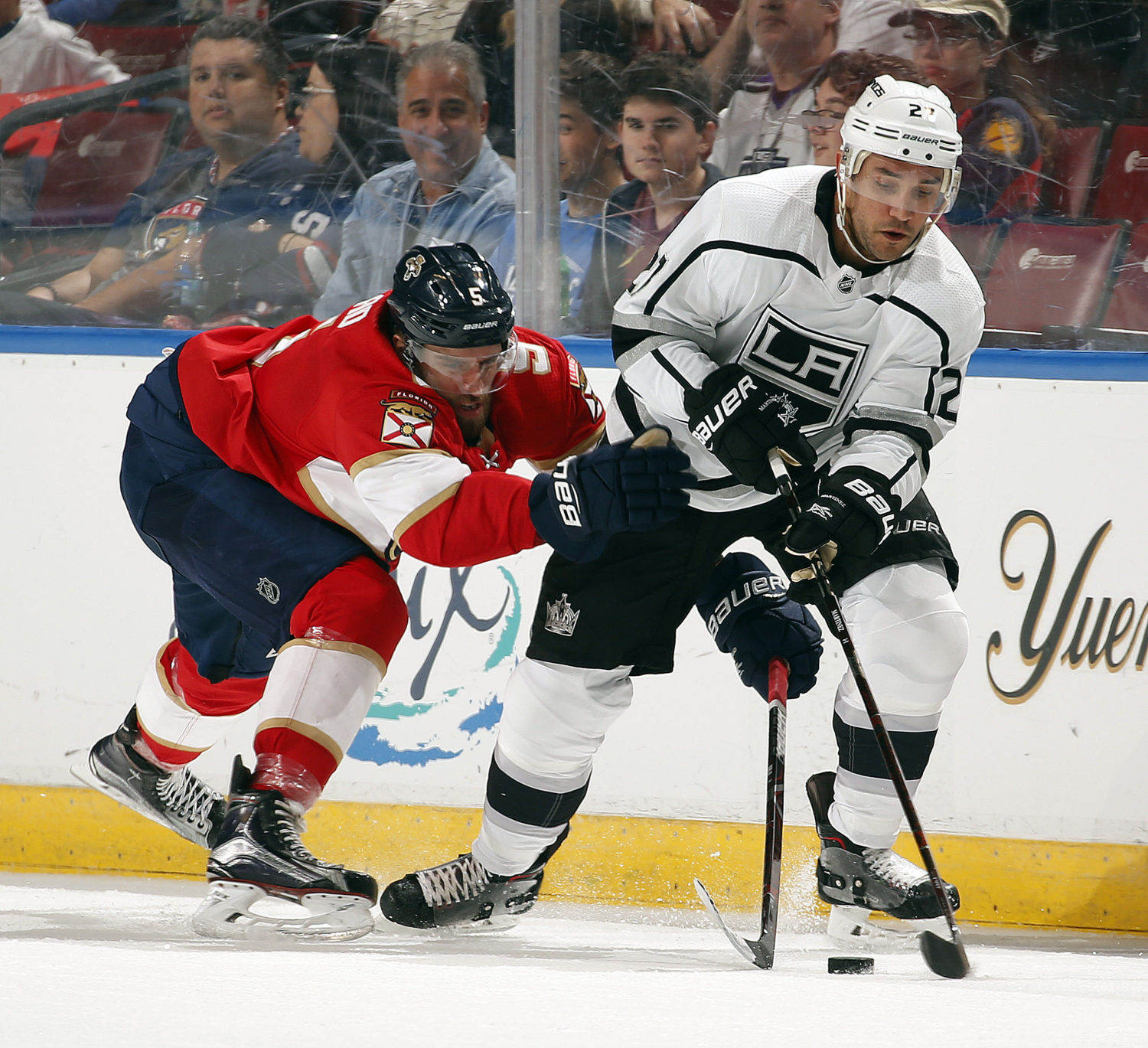