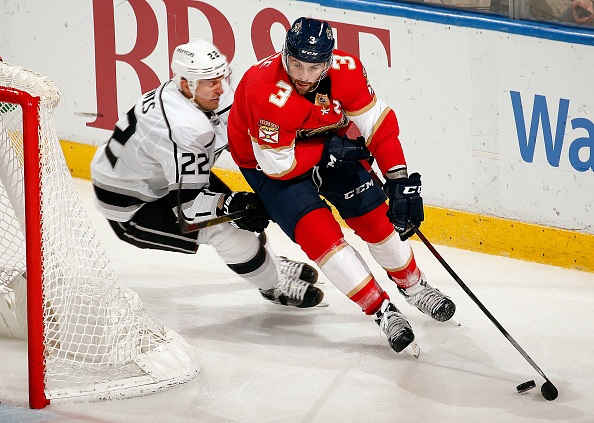 Kings Coach John Stevens believed forward Trevor Lewis would be OK following a scary collision with the boards in Friday’s 3-1 win at the Florida Panthers, but also noted that he was “not sure” on Lewis’ status.

With 4:26 left in the third period Lewis went crashing into the boards off a Jared McCann hit behind the Panthers net. Lewis stayed down for several minutes before he sat up and was helped off the ice. He walked to the locker room under his own power and did not return.

“Don’t know yet. I think he’s going to be fine. We’re not sure. Kind of a scary looking play there but hopefully he’s fine. Important guy,” Stevens said.

Before Friday’s game, Stevens noted the importance of the Kings’ depth on this seven-game road-trip and that they had 14 healthy forwards and seven healthy defensemen.

“I think for us we need to take advantage of that depth and when guys are out they have to be ready to play and when they come in they have to give us a boost,” he said.