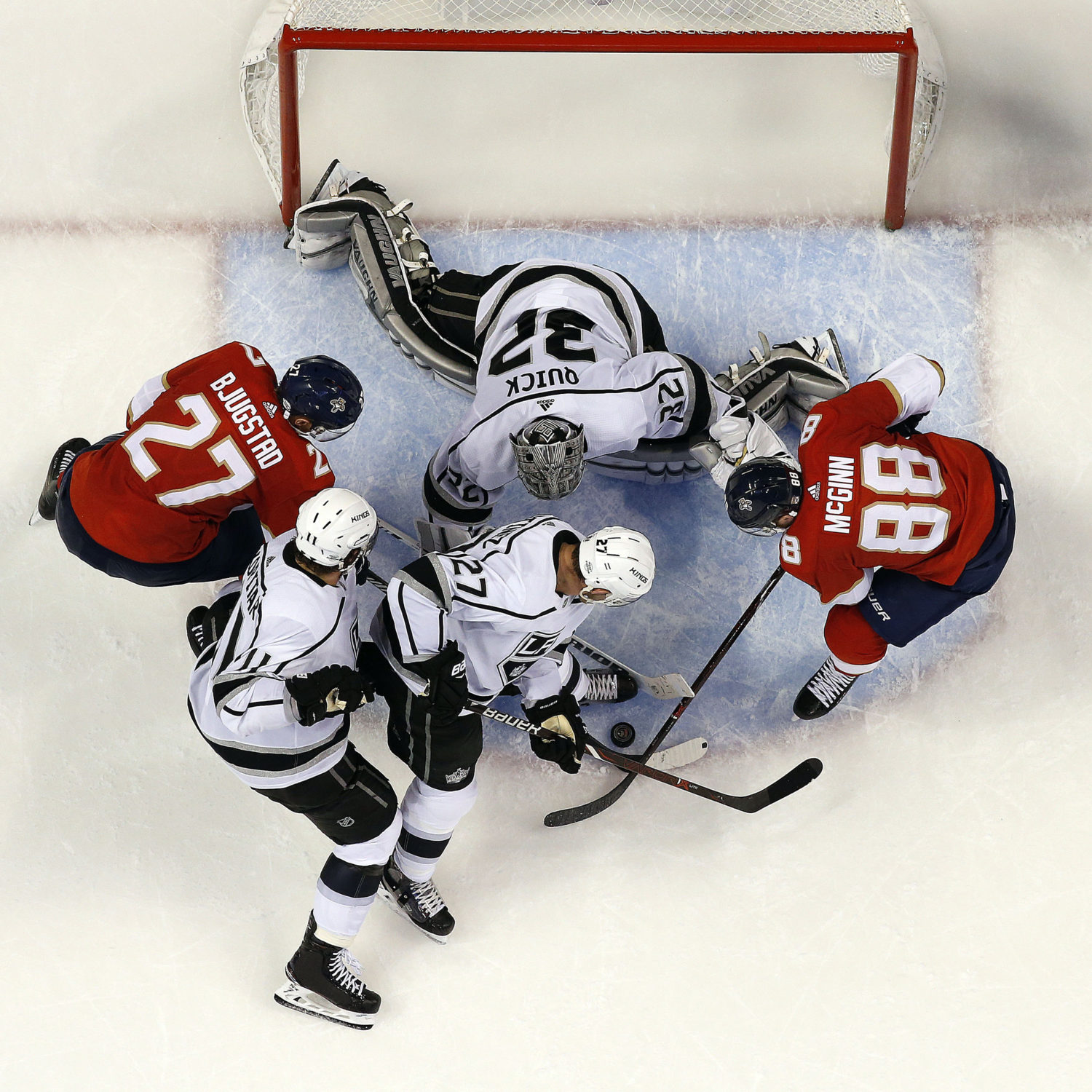 Jonathan Quick, on how satisfying tonight was after his last few starts:
Got two points. Got a game in less than 24 hours so I’ll get ready for that now.

Quick, on how he felt physically during the game:
I don’t know. Another game and we were able to win it.

Quick, on whether it took him a little while to settle into the game:
No, no not at all. I didn’t think there’s any difference.

Quick, on the team’s performance in front of him:
They played great. That’s a really good hockey team and so to come in their building and get two points, you’ve got to play a great game. You know, you need all twenty guys to play well and we did.

Quick, on the importance of this roadtrip:
It’s just as important as any road trip or game earlier in the year. You know, every game is worth two points so just try to bring your best every night.

Nick Shore, on the fourth line being vital to tonight’s win:
Yeah, it was good. I mean, I think it was a team effort from the start. I think they came out and made a jump on us a little bit, but we were able to find our game there and get the win.

Shore, on what he saw on his goal:
I think Forbs was able to keep it in in the blue and then Andy made a really nice play to me. We were just fortunate to get it by the goalie there.

Shore, what he was thinking before he scored:
Well Brodz was backdoor so I think he went down and tried to take away the post, so was able to kind of just walk through the middle.

Shore, on the importance of getting contributions from all four lines:
Yeah, well I mean obviously we’ve got some high end guys on this team like Kopi, who carries the team on a nightly basis. But it’s kind of known for everybody on the team to chip in and be a part of getting the two points.

Shore, on this trip being a chance to make or lose a lot of ground:
Yeah, well it’s a big trip for us and it was important that we didn’t look past tonight as the first game of the trip and it’s always way better when you start off with a win.

Shore, on approaching the stretch one game at a time:
Yeah, certainly not looking ahead. Just focusing on this one and now regroup and get ready to go tomorrow.

Shore, on getting back into the lineup:
Well, I think anytime you’re out of the lineup you’re kind of just waiting to get back. All you can do is be ready for a chance. So it’s nice to go out there and get the two points tonight.

Shore, on Quick’s strong performance:
We’re always confident with Quickie in the net. You know, no matter what happens I think when he’s back there it calms the whole team down and gives us a chance to win every night.

Shore, on how it felt to score:
I think it’s just good for the whole team. You know this is a big start for us, coming up on a long roadtrip. To get this one tonight certainly puts us going in the right direction.