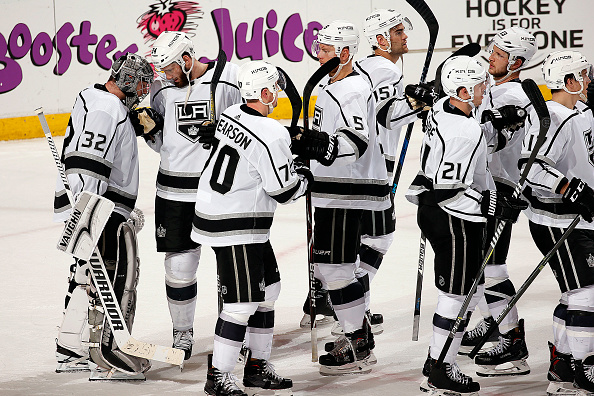 On getting contributions from everyone in the lineup:
I thought our goalie really was good, especially early. They had two days off, play a game in two more days they had been playing well. I’m sure that’s all they talked about was getting off to a good start. I thought Johnny was really good early. That allowed us to get our feet on the ground and then we had good contributions throughout our lineup, so Florida’s playing well right now. You start a long trip so I thought it was important to get off on the right foot. It’s a good two points to start the trip.

On getting production from the fourth-line:
We thought that line was good for us. We actually thought that line got us going when we were a little bit on our heels in the first period. That’s what you love to see. Those guys were putting pucks in deep. They were winning a lot of puck races and puck battles and nice to see them get rewarded. Those guys have all had offensive success before and we want them to play a real, good team game but we expect them to create scoring opportunities from playing the game the right way. That’s a great bonus for your team and you know what? Happy for them too that their hard work paid off.

On the play of Jonathan Quick:
Really solid. I thought he was a calming force for us back there. Any time there was maybe a little chaos about the start he held onto pucks, got faceoffs, got reorganized. He just looked like he was really solid and comfortable in net and I think he gave us a lot of confidence by playing that way.