Waking up with the Kings: February 2 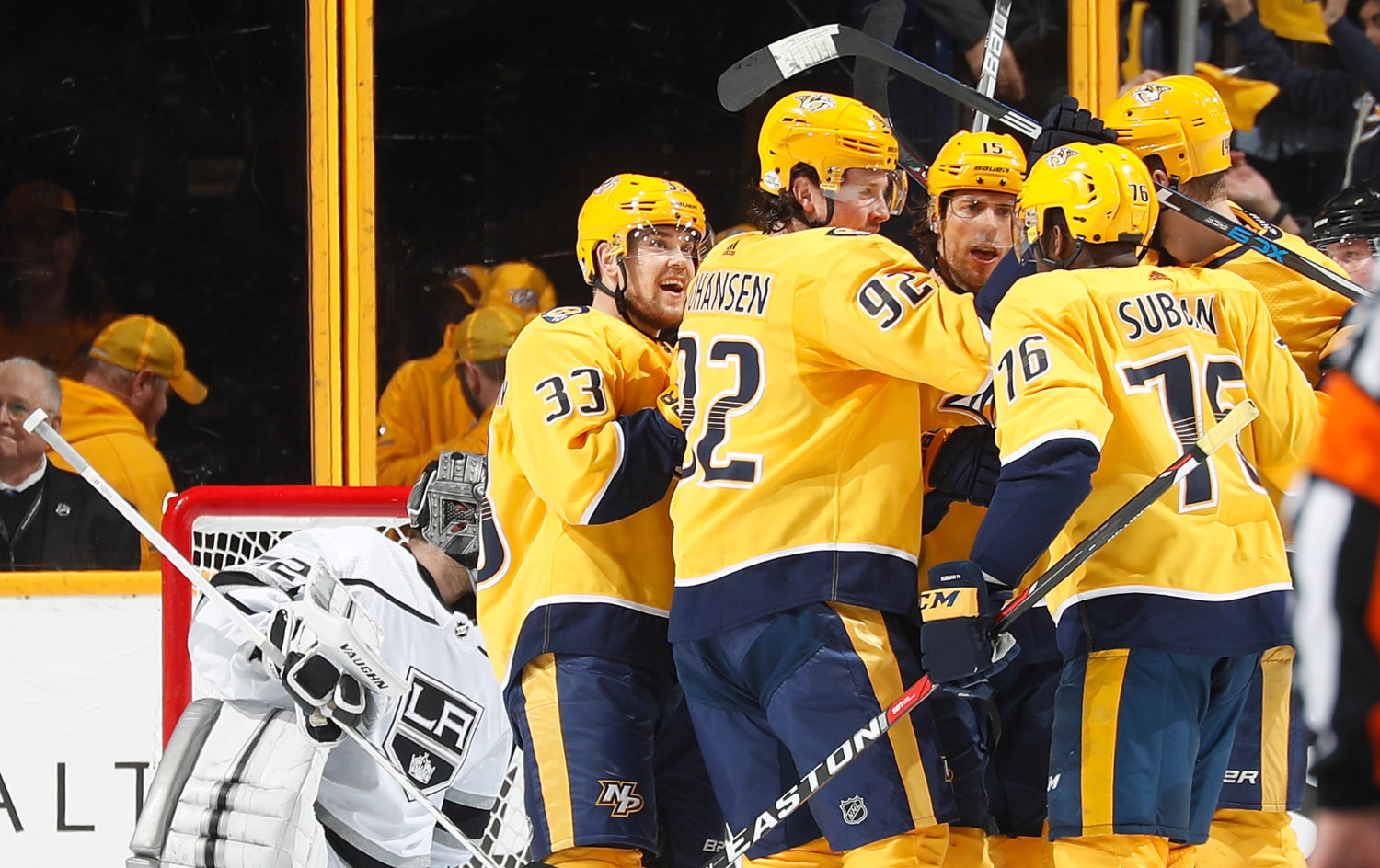 After a strong five-minute stretch to open Thursday’s game in which Jonathan Quick was sharp, denying Kyle Turris on a three-on-two and Craig Smith’s redirect bid, the Kings earned an early power play on a Yannick Weber interference penalty. They generated negative value on the man advantage as Drew Doughty was forced to defend a shorthanded two-on-one, and from there, Los Angeles was unable to swim out of the muck as the team faced an onslaught of pressure and scoring chances during the heavy majority of the remaining 50 minutes. Before addressing What The Heck Was That, there’s the acknowledgement that Nashville is among the two or three best teams in the league, they received a boost from Filip Forsberg’s return, and L.A. had no answer for the Forsberg-Johansen-Arvidsson line, which ran roughshod over Anze Kopitar’s line while this game still hung somewhat in the balance. Ryan Johansen was particularly dominant during a first period in which the Kings were felled by a string of poor penalties, including one in which Drew Doughty wristed the puck over the boards shortly after deciding against slapping the puck down the ice, leading to ample five-on-three time in which the Preds scored on both the two-man advantage and shortly after the second penalty expired. 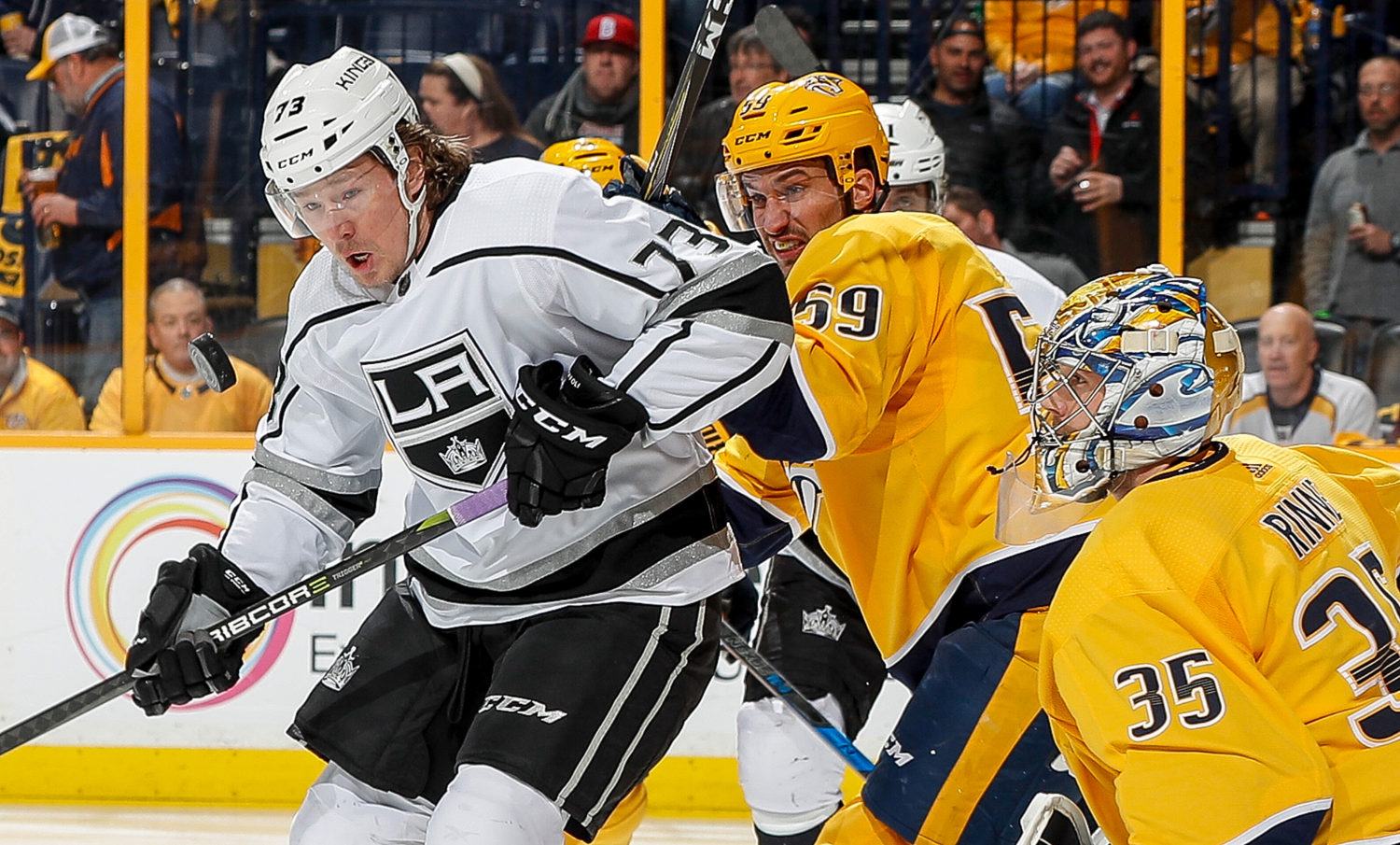 This game inevitably elicits outside questions about John Stevens’ lineup decisions, which are valid to weigh from a surface level “how did a 3-0 win segue to a 5-0 loss” discussion, but Stevens’ one focus is to win a hockey game, and Dallas is not Nashville. Nashville is not Dallas. These are two different teams that will necessitate different lineup choices based on opposing styles and personnel. Whether Player X was in the lineup or not had zero impact on Doughty’s delay of game call, which semi-directly led to two goals against, or the team relentlessly getting forechecked off the puck below their own goal line. What many from the outside often fail to grasp is that games are rarely won or lost by players in the eight-to-12-minute range, and almost always by the larger collection of players in the 15-to-28-minute range, and virtually all of the Kings’ top players forged little impact from the six-minute mark of the game onward. They were regularly losing puck battles and regularly unable to establish much of a forecheck, and as such, stretches of the game appeared to be a typical Harlem Globetrotters – Washington Generals exhibition. This further underscores the need to establish what is often referred to as the “team game.” Los Angeles didn’t lose because of adjustments to the periphery of the lineup. Unless Darcy Kuemper was due for a two-goal, five point night, they didn’t lose because of who started in goal. They lost because virtually 20 men had intermittent investment in harder aspects of the game and faced a top team that was back to full health and won puck battles to probably the most lopsided degree of any game this season. 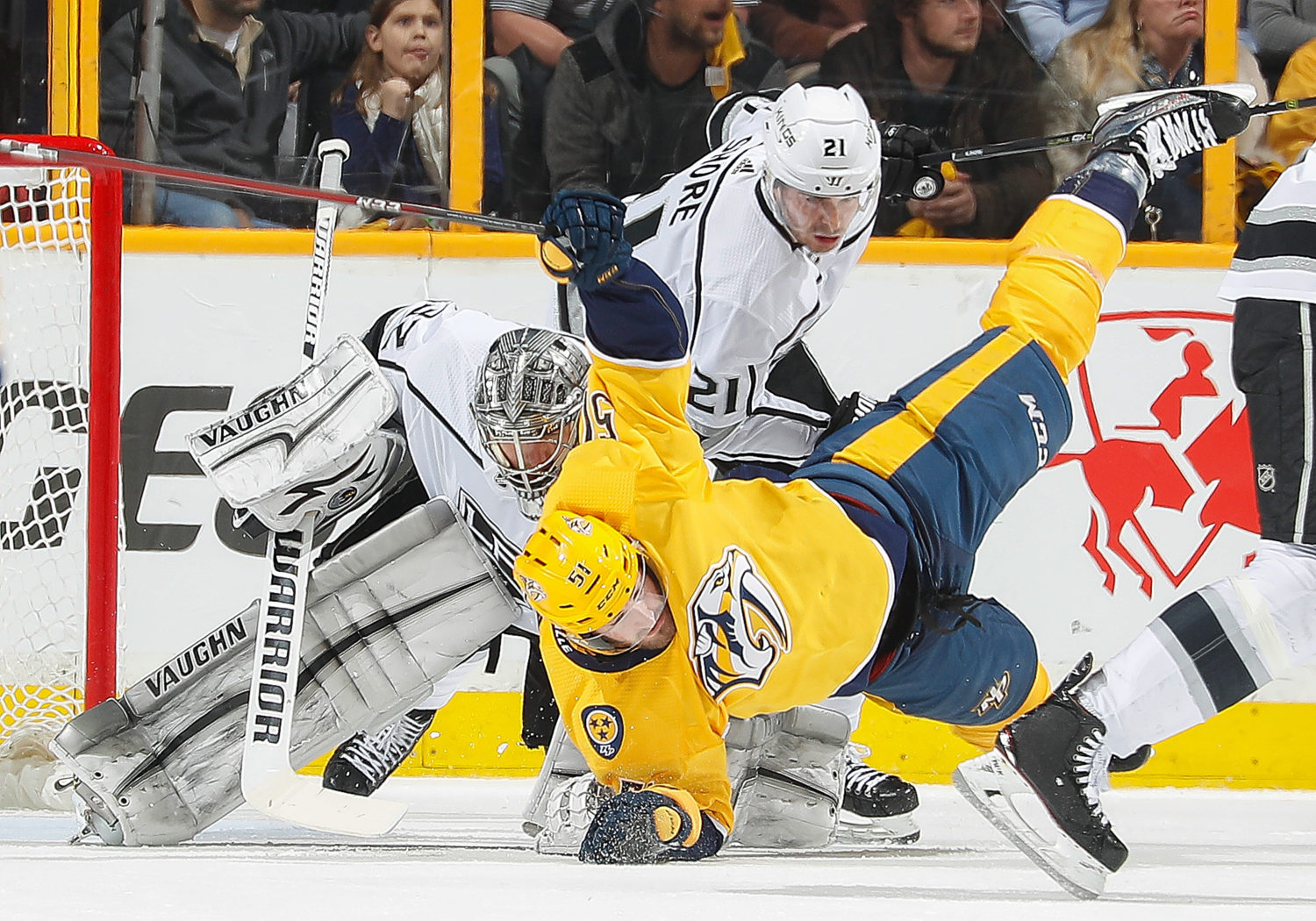