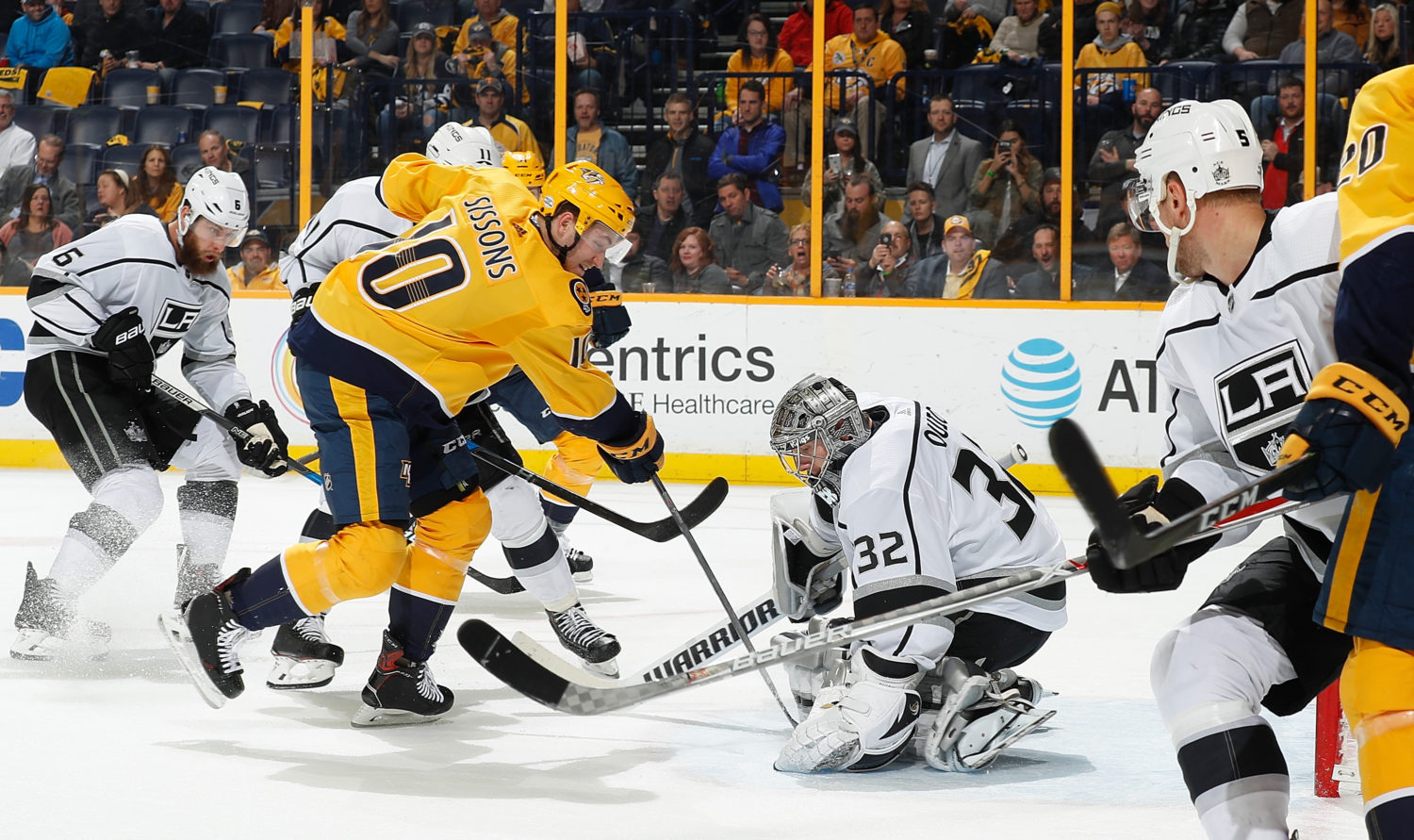 Defenseman Alec Martinez suffered a lower-body injury during the Kings’ 5-0 loss to the Nashville Predators and did not return to game action after the second period. During the third period, a Kings public relations representative passed along the information that he was not expected to return.

Injury information is not usually available immediately after games, and John Stevens didn’t have an update when asked. It was not immediately clear how Martinez suffered the injury; no available video depicted any clear moment it was sustained.

Anecdotally, Martinez was seen after the game walking without any noticeable ailment outside the team dressing room. That’s not to infer that he’s dealing with something inconsequential, but rather to note that the injury didn’t necessitate the use of crutches or some sort of walking device that might indicate a longer-term injury.

Martinez missed the first three games of the season with a lower-body injury but had played in the 47 games prior to Thursday, totaling five goals and 15 points.

More should be learned on Martinez from Toyota Sports Center on Friday.

The Kings are scheduled to practice at 11:30 a.m. on Friday, February 2 at Toyota Sports Center. This is likely to be an optional skate.