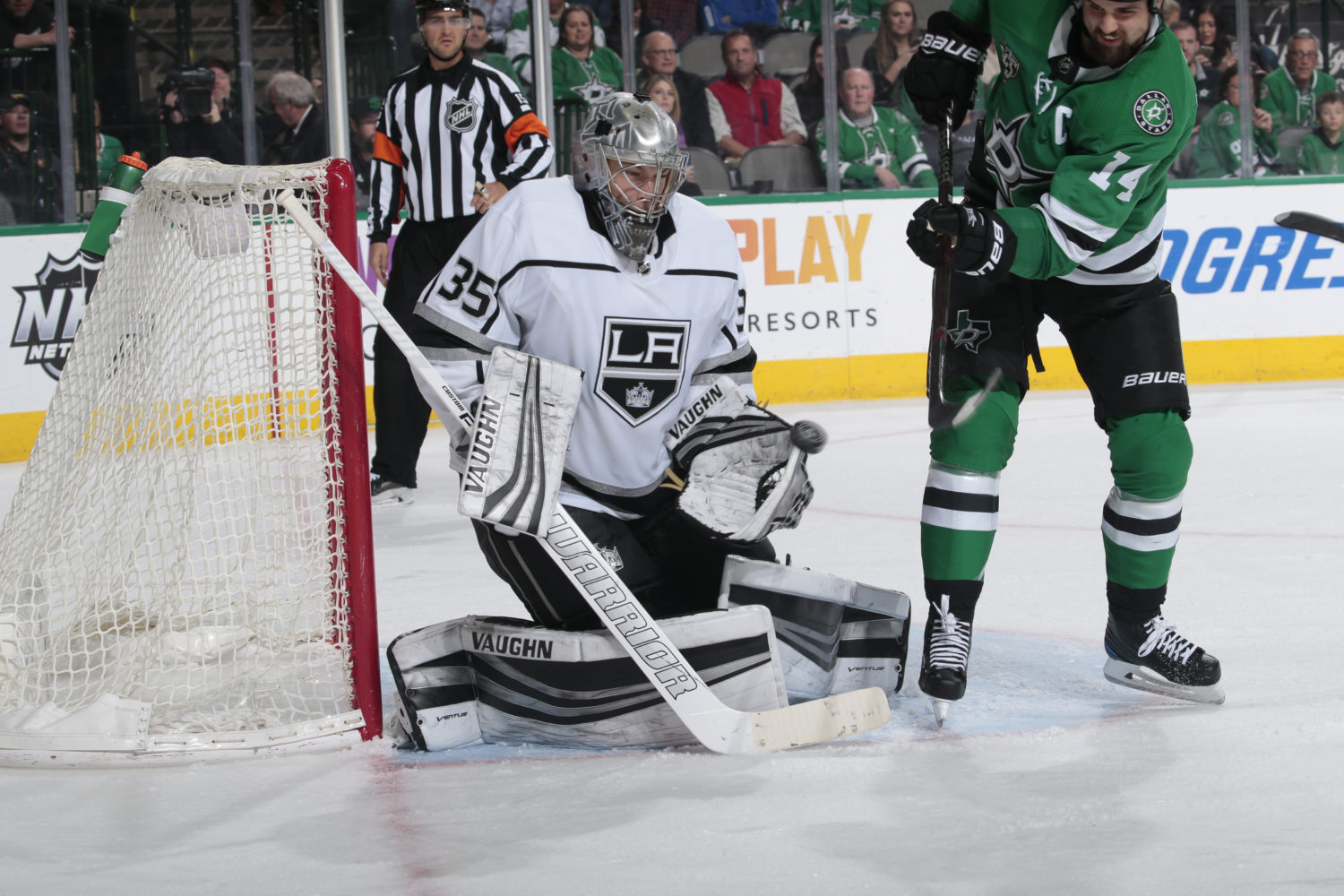 Drew Doughty, on how they were able to shut down Dallas’ top line:
Just making no turnovers when they’re on the ice with us. They’re actually pretty good at forechecking for being such highly skilled players. And you know, just getting the puck past them and getting it out and then when we got in the neutral zone, just getting the puck in. Yeah, they’re a good line and they were our biggest focus going into the game.

Doughty, on whether the team needed a good defensive game to set the tone after the break:
Well, we had a good defensive game in Calgary too. You know, we wanted to kind of play the exact same way or play better obviously. I thought we were much better tonight, but once again, Darce played unbelievable for us. He’s been awesome the entire season. It’s actually ridiculous how good he’s been. So really happy, obviously he did a great job, but I thought the team did awesome in front of him. And yeah, it was important to play good defense because that’s how we win games. Whether or not we want to believe it, we’re only going to win games by playing good defense.

Doughty, on if he considers his 100th career goal is an important milestone:
Of course it’s important. You know I actually knew about it weeks ago and then I completely forgot that once I scored the next one, it was 100. And you know, we didn’t even pick up the puck or anything, but apparently they got it somewhere. But yeah, it was kind of cool and now I guess that puts me in second. Now I’ve got to catch Blakey.

Doughty, on whether he remembers his first goal:
Yeah my first ever? Yeah of course, you never forget your first goal. The thing I remember most about that is I got dangled by Ryan Smyth earlier in that game and he scored. And then I had to come back and make up for it and I happened to get my first one on Peter Budaj, who you know, I let him know last year when he was with us.

Doughty, on being able to score his 100th goal in front of his parents:
My dad and mom are obviously my biggest fans. He’s the one that made me aware that I was at 99 actually and I had no idea. So yeah, obviously he’s really happy about that and to do it for him while he’s here is awesome.

Darcy Kuemper, on how important it was to have a strong defensive performance tonight:
I think we were all aware of how dangerous some of their guys can be and I think the desperation of playing a team ahead of us in the standings really brought the best in us tonight. And against that top line, is as dangerous as any in the league, and we hardly gave them anything tonight and we really did a good job of staying above them and shutting them down. You know, a lot of lines had to play against them and I thought everyone did a good job.

Kuemper, on what it means to him to step in when Quick is gone:
Yeah, I just am excited for the opportunity to play a couple in a row and you know especially exciting to get the start in this one with the dads here and my dad here so I wanted to take advantage of it. And the guys made it so easy in front of me that it was just fun to go out there and play.

Kuemper, on if he thinks the team will turn the corner after winning three of the last four:
Yeah. I think we’re well aware of the tough skid we were on and you know, we put in a lot of work with film and in practice, correcting things that we’ve been doing wrong. I think the last couple games, the commitment you can see guys just in the little puck battles and defensively their awareness of where their guys are. That’s how we’ve got to play so we’ve just got to keep doing this and I think we’re ready to take off if we do that.

Paul LaDue, on how it felt getting his first NHL goal:
It was unbelievable. You know, played a few games last year and couldn’t get it. But felt even better to get the win and to contribute to the win. And to have my dad here made it even more special. So it was just great.

LaDue, on whether he was able to pick a spot when he shot the puck:
Yeah, I kind of saw a spot open and just tried to shoot for that side of the net and you know, it ended up making it through a few sticks and into the net. And I can’t describe that feeling. It was just great.

LaDue, on dictating the play for most of the game:
I think we executed our game plan. We kept them to the outside. Their offense, we didn’t really allow them many shots around our net and that’s what we talked about before. That’s what we’re going to have to keep doing to win games and I think we did a great job tonight.

Congratulations to Paul LaDue! His first career goal, with his dad in attendance, held up for the game-winner.