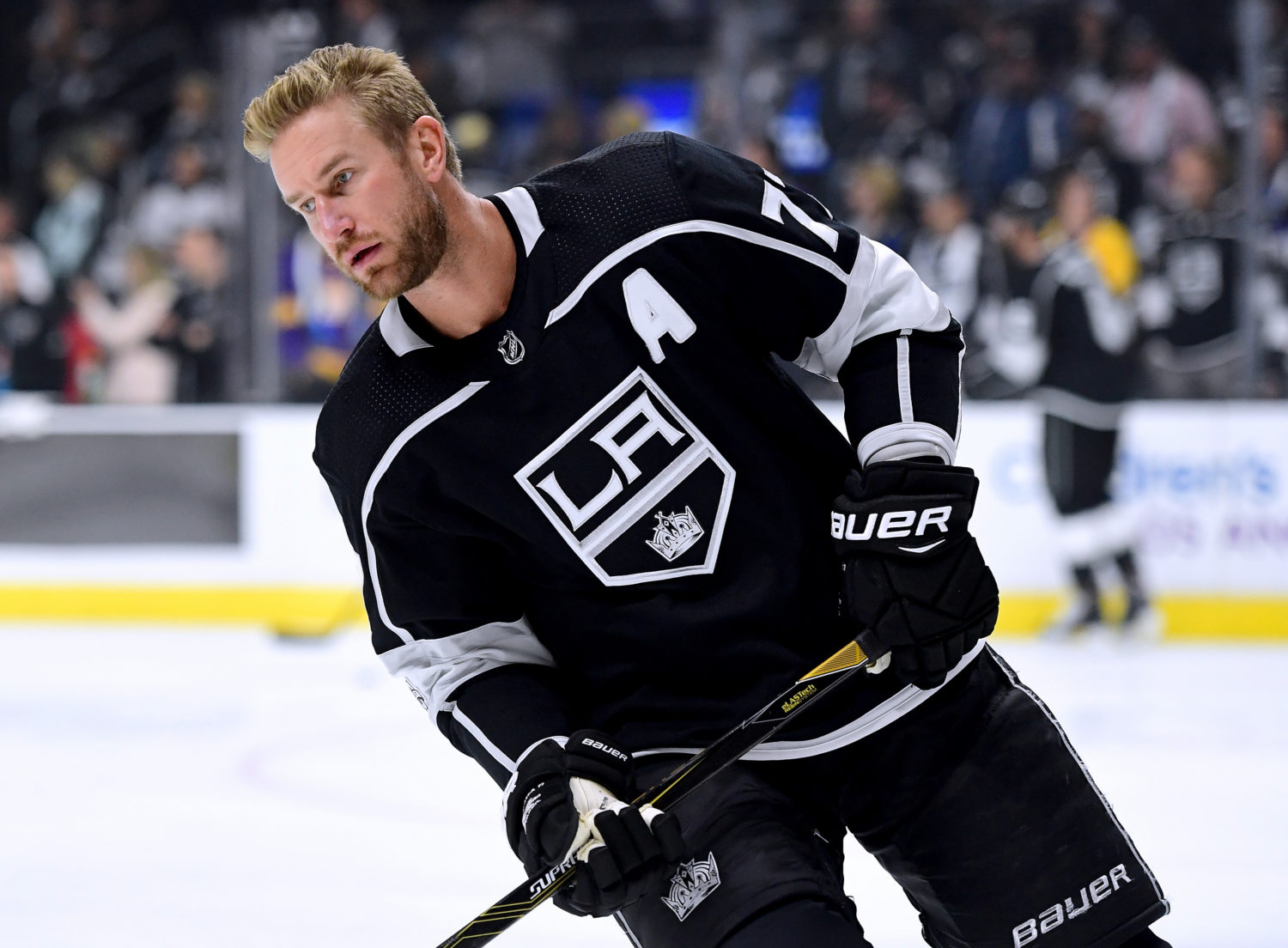 On the focus and detail implemented in the first practice after the All-Star break:
Guys were off, really. We had a four-day break with the extra day leading into the All-Star break. Just important – it gives them a reminder to hopefully leave an imprint in their mind of things that are going to be important. Not just to get reps on the ice and get a workout in, but get some detail getting out of today and into tomorrow. Very good hockey team we’re playing tomorrow, and we’re going to have to be ready.

On whether adjustments were made in coming out of the third break in a one-month span:
A little bit. We actually sat and tried to look at it – I sat with Pricer and tried to look at the reaction out of the Anaheim game (on January 13). We came out, we actually thought we did some good things in that game. I think you can take a little bit from it, but really try and look at the other breaks, look at the way the team’s playing, look at the opponent coming here. I think at the end of the day you want to get enough structure and detail, get enough touches and get a little bit of work but not too much works so that the guys are ready to go tomorrow but they’re not gassed coming off a break, either.

On balancing inward focus with focus on who the team is playing:
It’s mostly on us, to be honest with you. There are some tendencies, I think, with Dallas that we need to be aware of, but I don’t think it matters who we’re playing. You can make some subtle adjustments, but there are still some things we need to do well in order to have success, regardless of who we’re playing. Calgary’s a flip and take-off-to-speed team, a really good rush attack team, where Dallas, I think is going to be a very good defensive team. They come up in almost every category, one-two in the league defensively, and they turn that into a lot of offense. I think every team’s different, so you have to be aware of every team, but you still have to do what you do well. If you’re always trying to mirror or fix your game towards your opponent, I think that’s probably not healthy. I think you need to continue to build your team game on what you do well on your own identity, but at the same time be aware of your opponent.

On looking to build on aspects that he liked in the Calgary game:
I think the important thing is we were on the road and won a hockey game. We got a big performance from a lot of guys, but I still think we need more from everybody. We’ve proven to ourselves that we can’t win at 75 or 80 percent. We can’t win when we don’t have everybody contributing to the hockey team. The league is just too good, the margin for error is too slim. We put ourselves in a real dogfight here in the second half – not even second half, but in a position now as a big group of people, which we’ve one of them, fighting for a playoff spot, and we know that we’re going to need a really strong performance from everybody dressed every night to have success.

On what it means to have all the players’ dads on the current trip:
I think it’s something that’s kind of come to the game here where a lot of teams are taking advantage of it. But I think if you asked any hockey player, anybody that’s involved with hockey, they owe family and friends a great deal for the opportunity they’ve had in life and in hockey. I think to share just a few days with the dads, a little bit of give-back, a little bit of glimpse for them into what the guys go through on the road, it’s a special opportunity for them, and probably more than anybody else a little thank you for all the years of support towards the players. [Reporter: Do you ever look at it analytically – the potential for it to give the players a list, and even how you schedule a dad’s trip?] Analytically? No. We’ve had trips where it gives a little boost. Guys, it brings out the best in some, and I just thing it depends. The schedule is the schedule, and you have to try and factor it in when you can, when you think it’s best. A lot of these players have been here a long time, so you try to change it up at times, give ‘em a different experience, depending on where you’re going. But I think the fact that they get to get on the road with the guys and spend a couple days is the most important thing. [Reporter: A lot of guys say they just want to play well for their dads.] Guys are professional enough, I think when they get to the rink, they’re focused on being a good player. I think the families are watching whether they’re with us or not, but certainly having them in-house – winning’s winning, right? The trip’s going to be more enjoyable for the dads if we have success, and I think the players want nothing more than that.

On general thoughts from the win over Calgary:
Well, Calgary’s a different animal. They’ve got some guys – like, that top line’s extremely explosive and has carried them offensively. I just think they have a tendency to trap you with speed and get pucks in behind you, and I thought we did a good job of not allowing a rush game. They’re still going to get chances – and they did – but not allowing that to be a real source of momentum in the hockey game. So, I thought in terms of checking and staying on top of them and not allowing their D to skate pucks too much, and not allowing those easy plays to speed, or when they get the rush game, it sets up their offensive game, and then I thought special teams, the penalty kill did a good job for us, and the power play scored a big goal. You can check well. We do expect, and we have gotten a lot of offense from our five-on-five game, but you’re going to need special teams to make a difference, and I thought it did in that game.

On Adrian Kempe in a “match-up role” while on the road:
Well, we’re going to need him to be a real responsible guy in terms of our match-ups for the other team. They’re going to get to control that for the most part. We used Kopi a lot in faceoff situations the other night, especially with Shoresy being out. But, we go into Edmonton, he has to play against McDavid. We go into Calgary, he’s got to play Monahan, we go into Anaheim, he’s going to have to play against Getzlaf, and he’s shown areal ability to dig in in those games and be a good player on both sides of the puck. With Carter going out, I think it’s really forced Adrian to be put in those situations where he has to perform, and I think it’s really going to help him long-term because most of the time he’s done a good job for us in those areas.

On Jeff Carter:
He’s making progress. He had good time over the break where he had some good rehab in. He got back on the ice, he didn’t skate today, it was a day where we just were going to do some good off-ice stuff with him and get him skating again tomorrow. He’s not yet ready to join the group, but to have him with the group is good for us. I think he’s a big source of leadership for our hockey team. I think he’s a big help when he’s around, even when he’s not playing, and obviously we want to include him. I know his dad loves coming on the trips. Jim is a big hockey guy, he loves hockey, and I think he always looks forward to these trips. Above and beyond the rehab process, it’s good to have him along with the dad’s trip.

On any concerns over using Anze Kopitar heavily at the faceoff dot:
He’s not going to do it much. We knew were going into break. We knew what the schedule was in front of us, so we had to use him in those situations we were going to, but we’ve started to trust Adrian in those situations. Mitchie’s done a good job in those situations. Shoresy, at times, has done a good job in those situations. To me, at the end of the day, those are just shared responsibility that’s going to have to be embraced by people outside of Kopi? [Reporter: Does that mean maybe a little bit more so the wingers supporting that and the defense, everybody on the ice, collectively as a group?] I think we’ve talked about that a lot lately. The centermen gets credit for winning or losing the draw, but there’s five guys on the ice that can help out. There’s pucks that are up for grabs all the time. 50/50, even 60/40 pucks. We need the help in all those situations.