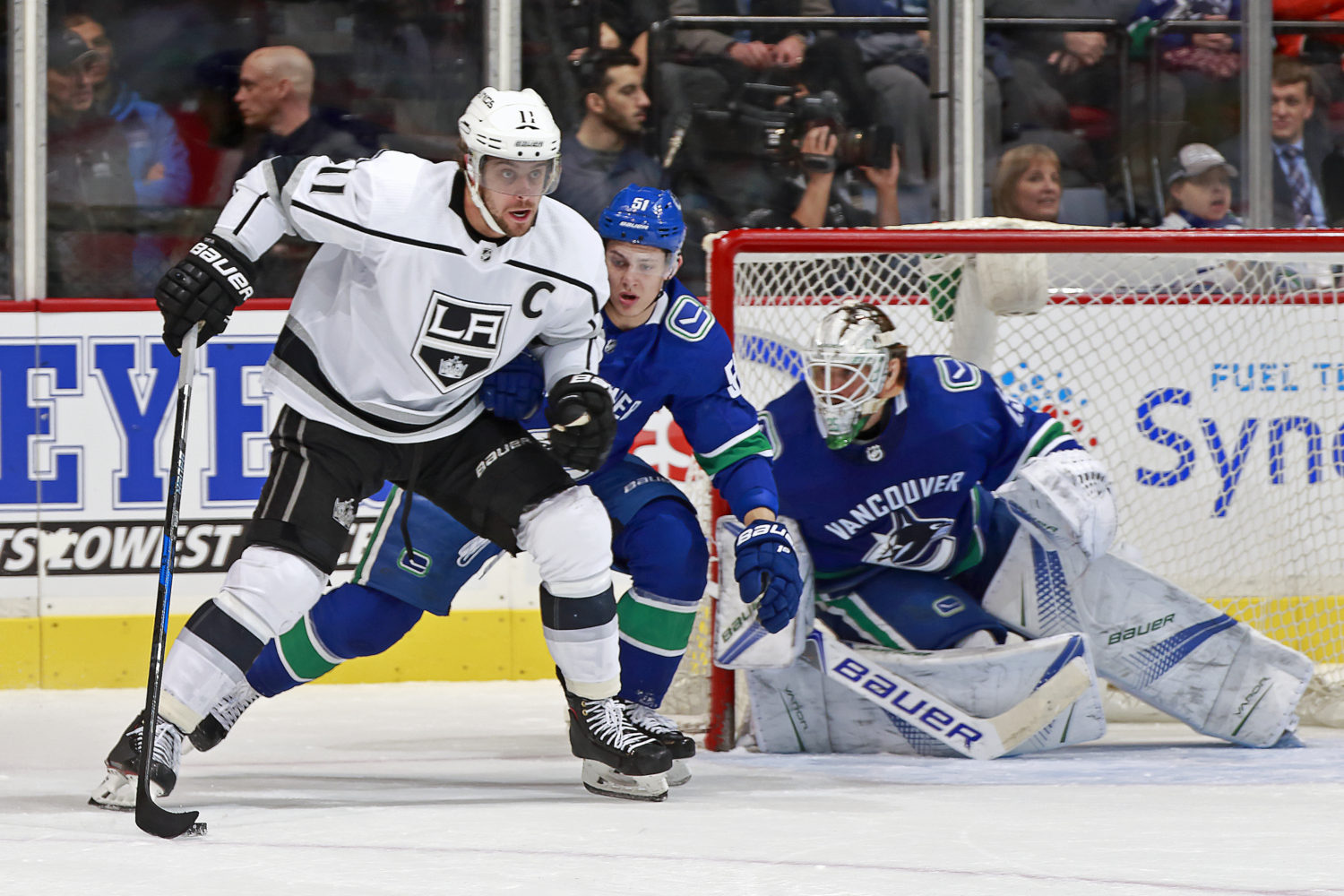 Anze Kopitar, on whether the start of the game surprised him at all:
Yeah. I mean in an obviously very negative way. That’s definitely not the way you start the game. Whether you’re in first place or in last place, it doesn’t matter. You know, that was just very disappointing on our part. I mean we got a big, big win two days ago and coming in here knowing that we need the two points just because we know where we are in the standings and to have it turn out the way it did is disappointing.

Kopitar, on if there was any point where he felt like they had a chance to regroup:
Well, in the second they scored three and we answered with a quick one right away. I mean, I think that’s pretty good. But then they get the fourth one right on the power play and you know, it was tough to kind of get going again. And their power play was good today and that’s what it was.

Kopitar, on whether the faceoff violation was “a sign of anything”:
Well, we’re not looking for signs or anything. It doesn’t matter what it is. You know, we’ve got to play and it was—I mean it was a penalty. It was a faceoff violation. Whether you call it or not, it was. And at that point I think we’ve all got to step up and make sure we kill the penalty.

Kopitar, on whether the team is looking forward to getting back to it tomorrow night:
Well, yeah. Sometimes it is better when you don’t have time to sit on it and think about it. Go right back at it and get it going tomorrow.

Tyler Toffoli, on if there’s any commonality in the team’s starts recently:
I think it’s just on us. We’ve just got to be ready for the start of games and stick to our game plan right from the get-go.

Toffoli, on how disappointing the loss is after coming off the win against the Rangers:
Yeah it sucks. There’s nothing else to say. It’s not a good game at all.

Toffoli, on what the leadership core will do to keep this from derailing the season:
Just got to step up and play well. We’ve just got to play our games and do all the little things right that we know how to do.

Toffoli, on whether Quick needed a little more help:
Definitely. Those goals weren’t his fault at all. It’ son us on coverage and it’s on our play

Toffoli, on if it’s a positive that the team is playing tomorrow:
Yeah, we need to bounce back. It’s just the way it is. Tomorrow is a new day.

Alex Iafallo, on the slow starts the team has been having:
You know, it’s tough. I mean we’re doing a lot of talking before, but at the end of the day we just need to bear down and take every shift like it’s our last. Just got to stay positive and keep going.

Iafallo, on the team not being able to come up with goals after falling behind:
You know, we’ve got to be more urgent. I know I said it last game, but obviously got to play a full 60 here and you know, just got to battle back and just get out of this hole here.