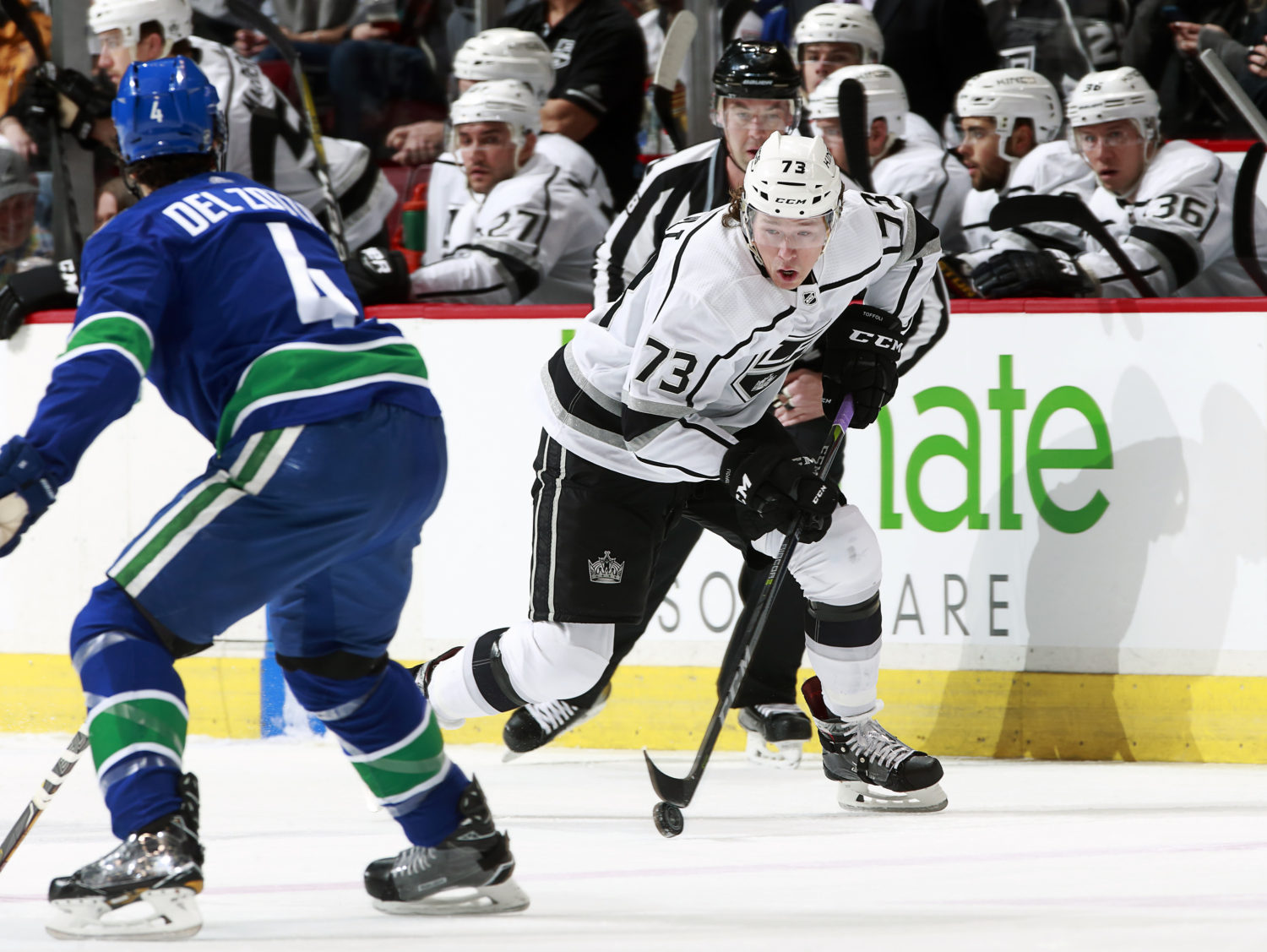 On carry-overs he’d like to see from Sunday’s game:
Certainly a carry-over from the second and third period. I mean, the first period, we didn’t have the start we wanted, but I liked the way we started the forecheck. I don’t want to misinterpret this, but you want to be in the position to get the right position on people and go through people. It’s not about running people, it’s just about body positioning. I thought as the game went on we did a better job of getting on the right side of people and pushing people off the puck as opposed to swinging by people. I thought we were guilty of that in the first period, so I’d really like to see us play tight in terms of working to create good support on the puck. I think it allows us to play fast and really commit to the forecheck. And obviously the power play, the power play hasn’t been a big source of production for us, but it made a big difference in that game. I thought we did good things and our entries were clean, and I thought our plan was simple to get pucks to the net and have people in front, so that’s certainly something I’d like to see us continue. [Reporter: Had you seen signs that the power play might be productive, or where did the three goals come from?] We have. I thought the way we worked on it in the morning was guys had a real purpose to what they were doing. I think it’s been coming at times this year where we’ve been doing some good things. Sometimes you don’t score and the challenge is to stay with it. The problem on the power play, if you only fail 80% of the time, you’re in the top 10 in the league, and that’s a hard thing to accept. You want to have success all the time. We’ve moved people around, Amadio came in last game, and he’s a young kid that’s got a lot of composure that made a couple big plays on the power play that made a difference, but I think there’s been signs all year. I think with any part of your game, you want consistency, and we’d certainly like to see some consistency with that part of our game.

On whether he focuses on the crowded standings, or whether it’s more about the “process”:
We’re out of a playoff spot. It’s pretty obvious to us, right? It’s a big crowd, and not just in the division, but the conference. But I honestly believe this, and we’ve talked with our team, it’s about us and getting points on the board. You certainly can’t be watching people around you hoping you’re getting help, because you’re going to need help from 14 teams if you want to get in, so you better help yourselves. So, in our situation, our focus is on our own game and getting points on the board for ourselves regardless of what anybody else is doing. If we take care of our own business we’ll get in the playoffs and get a good spot where we want to be. It doesn’t matter really what everybody else does. It’s really what we do, so the standings, yes, they’re important. We want to get back in a playoff spot and we want to stay there.

On whether players can add emotion to their preparation, or whether emotion manifests organically:
Well, I think preparation has a lot to do with it. I think when you’re well prepared you’re confident. When you’re ready to work and you’re well-prepared, then you usually have success, and when you’re well-prepared and you have confidence it usually brings a spirit to you, and I think winning helps with that. There’s no question in our business your spirit’s not as good when you lose, and that’s the way it should be. You shouldn’t feel good when you lose, even if you think you played well. Our game is about winning and getting points on the board, so I think the great thing about our sport is when you really pour it all in and you have success, you feel good about yourself, and that’s why it’s such a great game. I think one lends itself to the other.

On having faced Vancouver while they’ve been healthy and less healthy, and preparing for tonight:
Well, they’re a strong team down the middle. You can’t forget about the Sedins, either, right? They’ve always created an – I don’t want to say a ‘mismatch’ – but they probably have match-ups they hadn’t had before with the presence of those guys in their lineup. Tanev’s back in the lineup healthy as well, so we think their forward group is an extremely deep group, and I think we look at even the game in here last time when they didn’t have those guys, it was important that we had contributions from everybody. We need everybody to be able to play against everybody. We need everybody playing a responsible game, and we trust our team that they can do that.