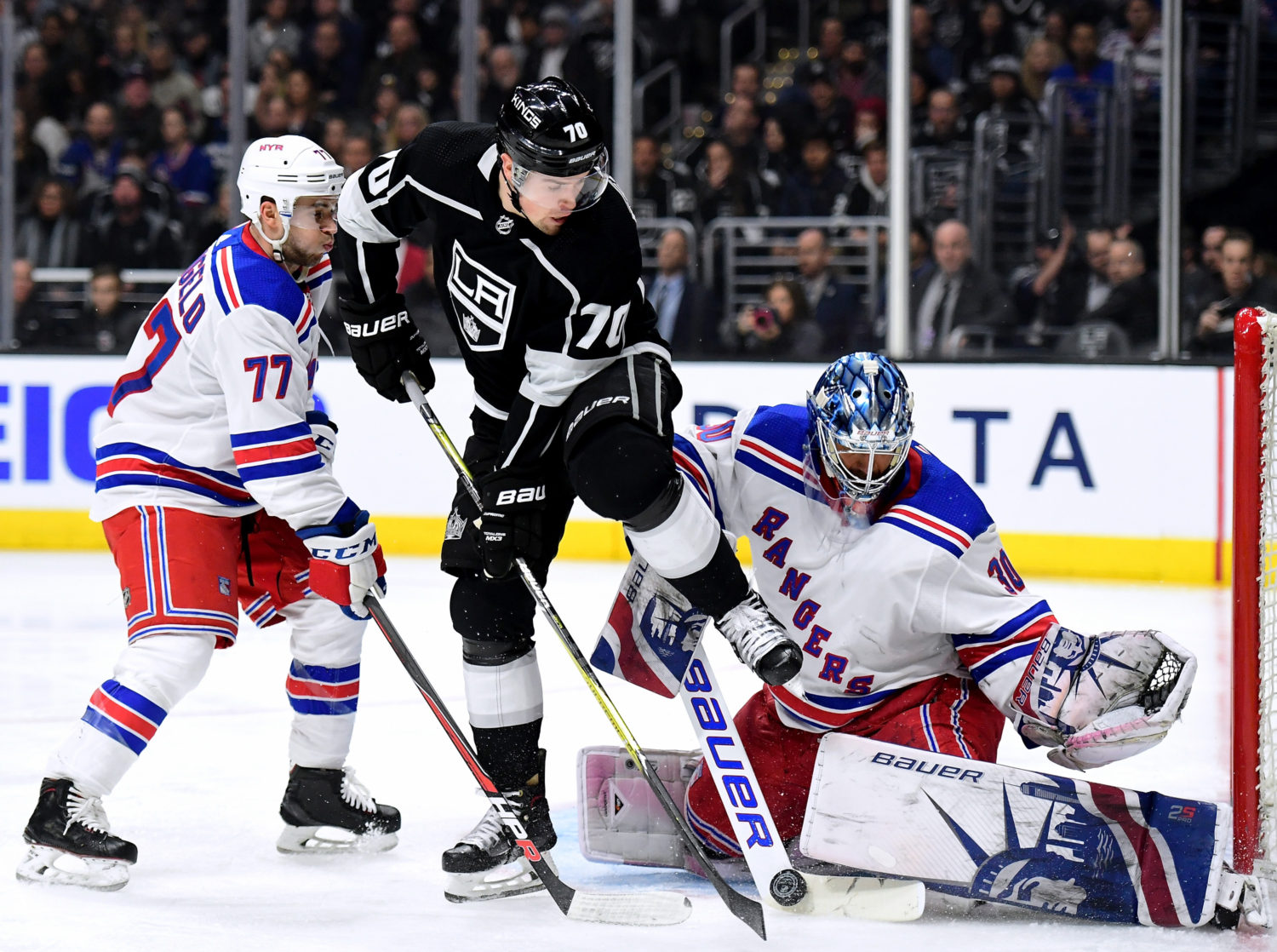 The Kings did not practice at Toyota Sports Center Monday morning, instead holding team meetings and workouts in advance of their flight to Vancouver. Trevor Lewis, Adrian Kempe and Jake Muzzin spoke with the media contingent present, as did John Stevens, who weighed in on the upcoming road-heavy schedule and the reliable play of Swiss Army Knife Trevor Lewis.

On the “daunting task” of playing 11 of the next 13 games on the road:
It is, but I think we’ve been a good road team all year, and I think in the early part of the year we had some big trips where you just worry about the games there. There’s nothing else to worry about. … You’re focused, you’ve got the group together a lot. I think you’re going into the games and the buildings on the road where you know you’re going to need everybody because they’re in charge of match-ups. If anything else, it forces us to be ready. We know they’re going to be tough games on the road and we’re going to into tough places to play, but I think good teams are able to win on the road and we’ve had success earlier in the year, so it’ll be good for us.

On what he liked about Trevor Lewis’ game last night:
Pretty much everything. Lewie, he’s about as consistent of a player as you’re going to find. I think the mistake we make sometimes with Lewie is that we look at him as a third or fourth line guy, but all he does is produce and do little things well. He wins a lot of puck battles, he makes a lot of support plays, he gets to the tough areas, he wins a lot of battles and you can play him at center, you can play him at left wing, you can play him at right wing, it doesn’t really matter. You could play him on defense if you needed him there. He’s just one of those guys that’s very low-maintenance because he does a lot of little things well all the time. [Reporter: His offense this year, just the numbers, he’s already had as many goals as he’s ever had. Did you see that in him – he had that capability to be a 15, close to 20-goal guy?] I talked to Lewie in the summertime and just where he thought he was at, and we thought – and he thought – that he could provide the secondary offense for our hockey team. He’s had some opportunity with some people out of the lineup, but one of the reasons we put him on the power play is because he’s around the net, he comes up with a lot of loose pucks, he understands structure and he has the skill level to make plays. He has a history as a player at the lower levels of scoring. I think his focus when he got to the National Hockey League was just being a really good defensive player, and he got into the league because he could check and kill penalties and be good on the walls. He has a history as a younger player of putting numbers up. It doesn’t always translate to this level, but I think in this case he is capable of providing secondary scoring on a consistent basis.

On whether he noticed any different body language today after last night’s win:
Well, clearly winning changes the mood immediately, as it should. I think in our business, either you win or you lose, and losing should really bother you and winning should really bother you and winning should make you feel really good, and I think that was the case today. I think the guys had a lot more energy. I think the spirit of the room was really good. Going on the road, getting two points at home, coming back to beat the Rangers last night I think made them feel really good, and they should feel good. They worked hard and I thought they deserved to win the game, but clearly winning makes a difference, for sure.