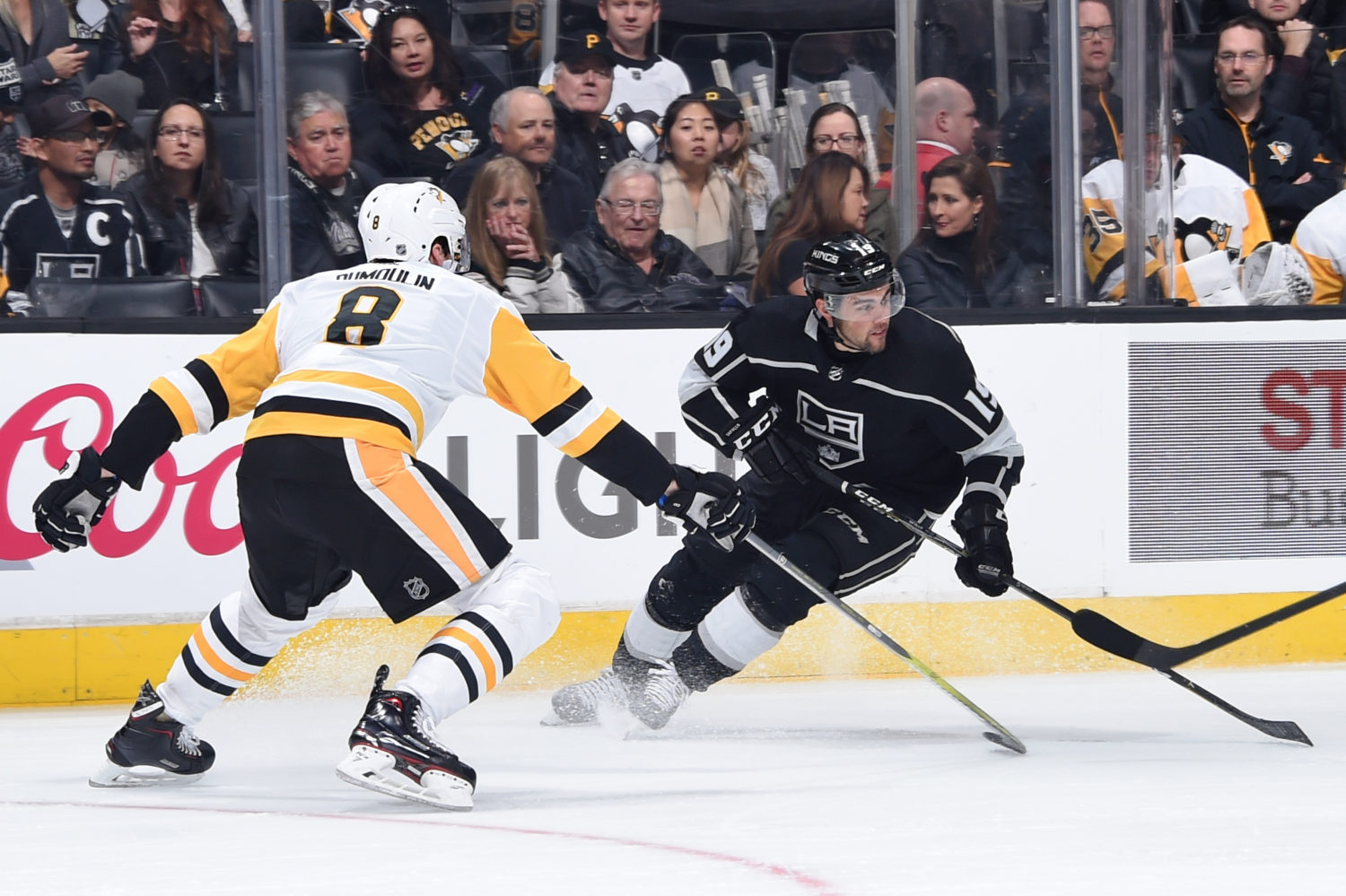 On any concern that the team is beginning to doubt itself:
I don’t think ‘doubt’ is the word I would use at all. Talking to our players, especially our leadership group, I think there’s a lot of frustration. We’ve gone on a stretch here where you don’t win in a while, and at this level, when you don’t win, it’s why you play to win. You don’t enjoy what you’re doing when you don’t win, but I don’t think doubt’s the right word. I think there’s a lot of belief in how we’re playing and the way we want to play. As close as it was last night, we’ve got to be a lot harder in the hard areas in the game, but I wouldn’t say there’s any doubt. I think there’s guys that either know or need to know that they can play better and need to dig in, but there’s a period of time here they’re a very good team against the top teams in the conference, and right now we [inaudible].

On any common thread linking together the team’s streaky play, whether winning or losing:
There’s a common thread – we talked about the games, and the games seemed to all be different in terms of the way they’ve unfolded. I think at the end of the day, one, you want to play the game the right way, two, you need everybody, and three, you’ve got to be willing to engage in the hard areas of the rink to score goals and to prevent goals. They had 24 shot blocks last night; we had 12. To me, that’s the difference in the game. There are certain compete indicators in the hockey game. I think faceoffs is a compete indicator, and I think shot blocking is a compete indicator.

On an observation that the team hasn’t been regularly attacking the middle of the ice:
That’s not necessarily the case, especially the Pittsburgh game. Even in the San Jose game, we created a lot in that game from inside. The San Jose game, we just gave up too much from there. Last night was very similar in terms of shots coming from those areas of the ice. The power play was probably the big difference last night. They got a lot of momentum from theirs; we didn’t. But the Pittsburgh game, for sure, we got a lot inside. We had more tips inside than we’ve had probably all year. We just didn’t finish around the net, and obviously it’s a different game there because of the way the penalties happened and the third period, but last night was a different animal. Clearly, they wanted to just forecheck hard in the first period, put every puck in deep, but I would agree with you in the sense that we’ve got to be tougher in the hard areas along the wall and we’ve got to be tougher in the hard areas inside the dots. It’s not about going there, it’s about going there with a purpose, and I think we can have more purpose in getting there last night.

On whether he’s seen any “building blocks” that the team is on the verge of turning its streak around:
Well, I think the last two games for us, we talked a lot about our own structure and how we want to play and being on the right side in terms of positioning on the ice. I think that’s been strong strides in the right direction. I can just say that we can play a lot harder in hard areas, bottom line. Dot to boards, especially in our division, the game is won and lost in the trenches, and I think that last night was a clear indication of that.

On whether he felt “fortunate” that Dustin Brown was not suspended:
I don’t know if ‘fortunate’ is the right word, but certainly we were happy that he was able to play last night. He’s a big part of our team. He plays in all situations, so the back-to-back going into Anaheim, I was really glad to get the news that he was able to play.

On Alex Iafallo’s ability to get to the front of the net:
I’ve been really happy with his game. He’s probably our smallest forward and most effective guy in a really hard game, so it’s not about how big they are, it’s about how competitive they are, right? He’s a guy that’s willing to go to the hard areas and he plays the game the right way. I think that line has been effective for us. I think ever since he’s come out of the lineup and been a little rejuvenated he’s been a really good player for us.

On whether he’ll monitor the team’s fatigue in a five-in-seven stretch:
We have all along. Today was one of those days where it’s about rest-recovery and mentally getting ready to play. There should be no excuses for tomorrow. Today’s a good recovery day. These guys are good pros. They had all the resources to get their energy back and ready to play, and now we have another day again before we go back on the road. But, yeah – these are heavy stretches that all teams go through, but I would guess a lot of teams are in the same situation with the breaks built in the way they are. But, again, it’s about sucking it up and getting ready to play.