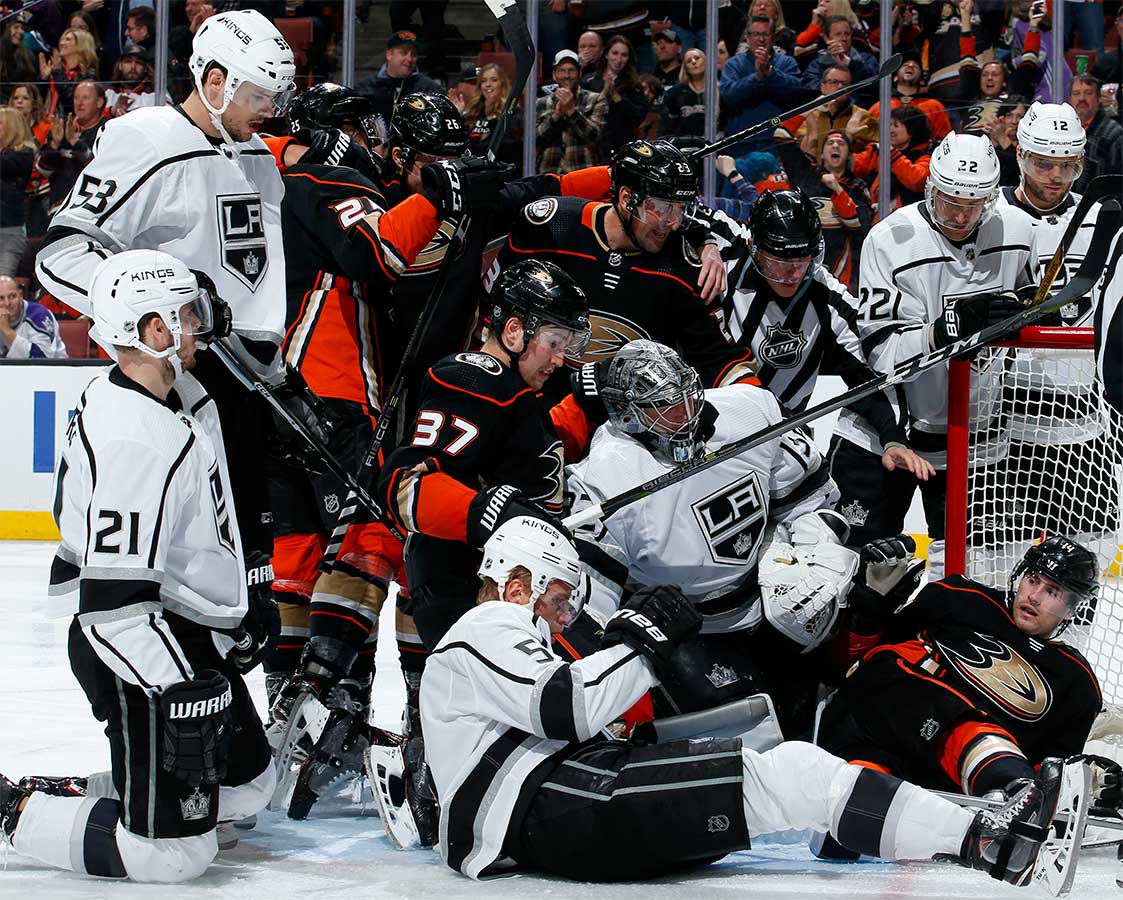 John Stevens, on tonight’s start:
Anaheim came out ready, knowing we played last night. Clearly they had a plan to put every puck deep and really get after us on the forecheck.

Stevens, on the team’s overall effort:
[First period] we started to get some traction, held the fort there. And then, second period, we come out a little bit. I thought the team played hard tonight, but we’ve got to squeeze a little more out of the offensive zone. We had time in the zone and they allowed the puck to stay on the wall, good job of getting in lanes. We have to do a better job of getting pucks to the net when we do have the zone time and muster up more than one goal.

Stevens, on how to break out of the losing streak:
I think we played hard tonight, we played the right way. The only thing I’d like to see is get to the net more. A game like this, where they get a couple of powerplays to get momentum, and we had one that wasn’t very productive, so we certainly have some work to do there. The last two games we played the game the right way, but we need more from everybody, quite honestly. I still think there are guys who can still give us more — I think there are guys who can play better, that could make a difference in a game.

Stevens, on the Kings lone goal:
I think that’s the way goals are scored in the league now. Look at [the Ducks] goals: Two forecheck goals, one a guy ended up in the net with the puck. The other, a deflection a low line drive off the forecheck. Everything’s tightened up this year, you’ve got to fight for space. [Teams are] clogging up the middle of the ice and it’s not easy to get pucks to the net, and you’ve got to make sure people are there, which, you know, once we started getting our feet under us I thought we did a good job of that. But, obviously, we’ve got to get more pucks there, more pucks through, especially from the top.

Stevens, on the team’s frustration during the six-game losing streak:
Guys are frustrated. I mean, guys are frustrated in the right way. No excuses, you’ve got to suck it up and win hockey games right now. You’ve got to find ways to win. Sometimes, you get outplayed and you find ways to win, and sometimes you outplay the other team and they hang around. Bottom line is we’ve got to start winning hockey games.

Stevens, on if he’s confident the Kings will find a way out of the losing streak:
Yeah.

Stevens, on why his confidence is high:
We’ve been a good team. We were one of the better teams in the league the first half of the year. We’ve had a really streaky season, to be honest, but every game is different. It’s not as if you could take each game and categorize it the same way. It’s a process we have to learn from, and I think we have. When you’ve got [Anze] Kopitar, [Jonathan] Quick, [Dustin] Brown and [Drew] Doughty on your team, I think you always have a chance to win.

Stevens, on mixing up the lines to find a way to boost the offense:
We’ve had the blender out. Lots. Last night, and tonight. So, the blender’s been busy.