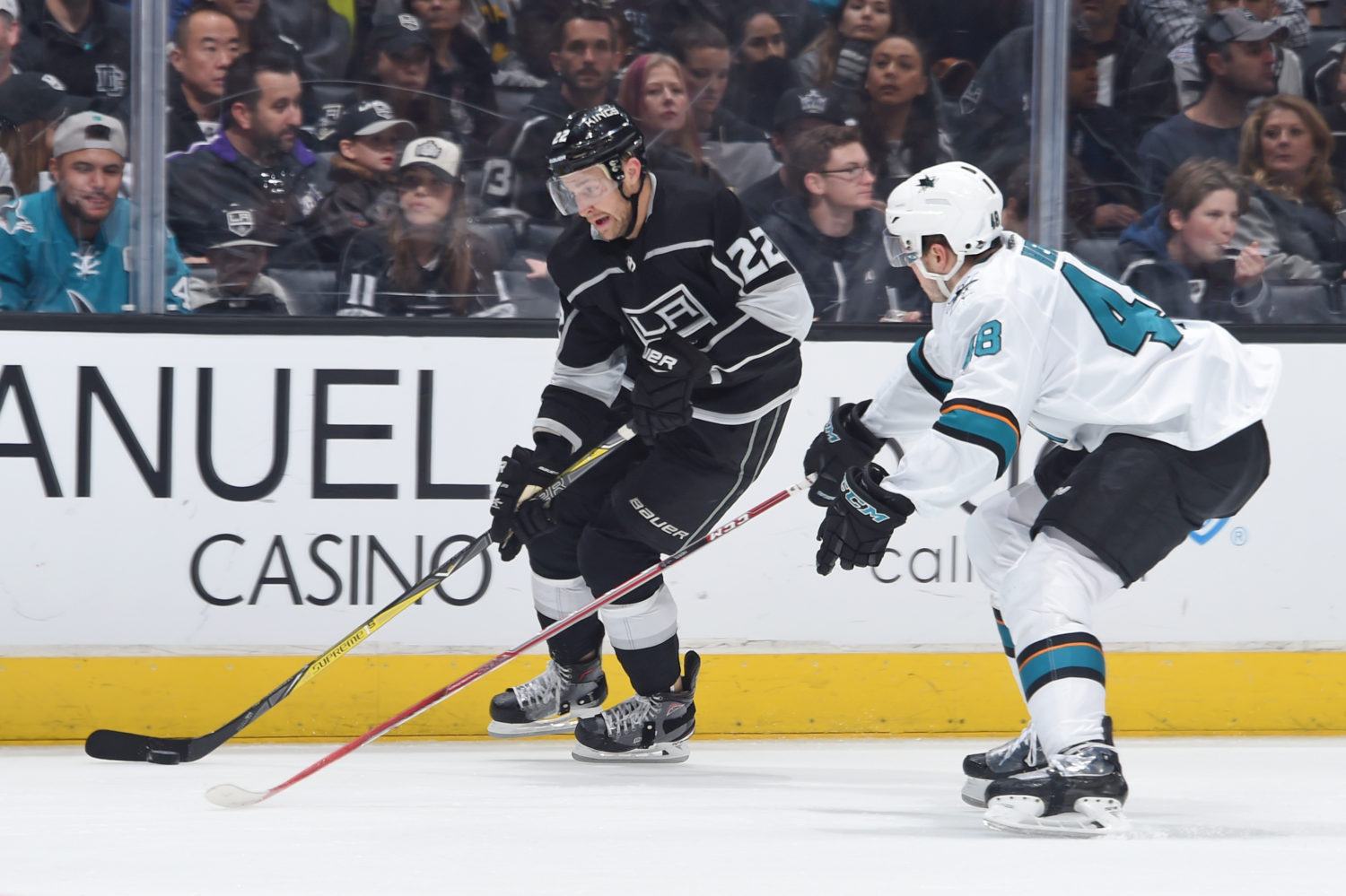 On the loss:
Yeah, especially a division game, these guys are right behind us. We’re in a big cluster now and we’ve lost these games in a row. I think we’ve got to clean up some things and also get a little more urgency to start games and throughout the whole game.

On why the team has struggled in the Pacific Division:
Everyone was chasing us, and now they’re right there with us. They were more desperate than us tonight, and I think maybe the other night, too. We’ve got to crank it back up here. Clean up some things, but we’ve got to get the intensity and urgency back up.

On why the team was waiting until the third period to play with desperation:
It’s not like we plan on doing that. I don’t know what it is, but in the third there, at the end, when we’re chasing the game, we’re playing hard. We’ve got to be ready for a full 60 minutes and come out of the gate like that.

On any commonality between the four-game losing streak:
I think it starts in the D-zone and carries on to the forecheck. When we’re a good team, they chip the puck in and we go get it. We get it back quick, and we’re close to support and we get in on the forecheck. I think right now they’re getting a lot of zone time, and when we do forecheck, it’s kind of in and out, back in our end. You get tired playing that way and you can’t wear teams down like we’re good at.

On Jake Muzzin’s absence:
Jake and Jeff are a huge part of this team, but we’ve got guys that can step in and fill a role. We’ve just got to be better.

On being tightly bunched in the Pacific Division:
It’s tough. We were ahead of the pack for a while there, and now we’re right in the thick of things. We’ve just got to figure it out in a hurry here.

On Martin Jones having success against Los Angeles in his career:
I mean, he’s a good goalie. They’re a good defensive team, too. They don’t allow much. When we recovered pucks tonight, we didn’t get a whole lot until the third. [Reporter: Does it help that he knows you guys?] I mean, I’m pretty sure he plays the same way every game. He’s a good goalie.