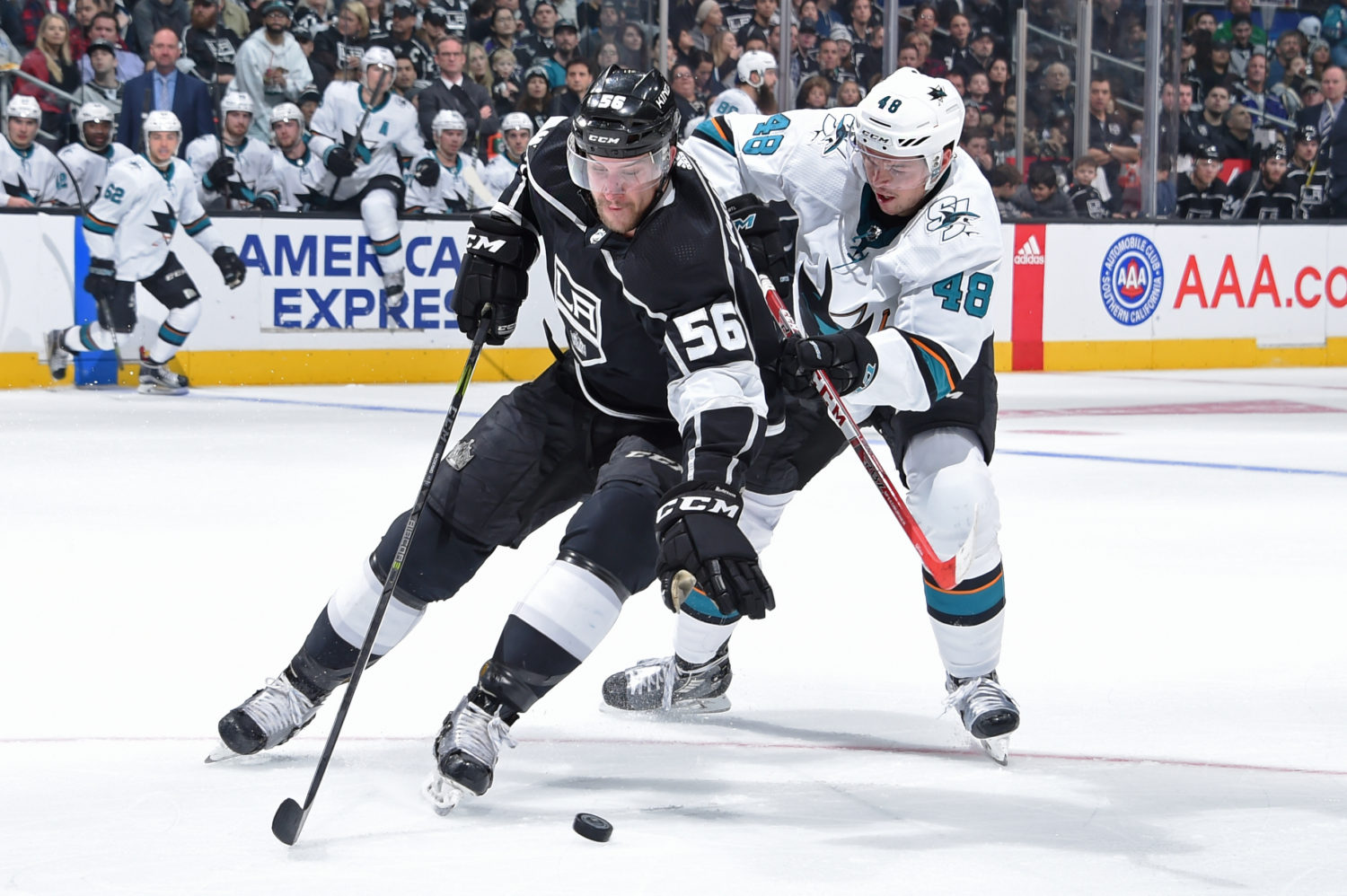 Peter DeBoer, on the team’s strong start:
Yeah, we were ready to play. You know when you come in here that you have to be ready to play and the history in here is they’ve usually taken it to us the first 10 or 15 minutes of the game and so we talked about that before the game. Wanted to make sure we were ready and, you know, I thought we were great right from the drop of the puck.

DeBoer, on any commonalities between the last three wins against the Kings:
Lets not kid ourselves, it helps that Carter and Muzzin are out of the lineup. That makes a big difference for anybody. But, you know, they’ve got a good team. They’re always hard to beat and they always bring out the best in us because you know you have to play well in order to win. So we’ll take the fact that they were a little banged up and these are important points for us.

DeBoer, on whether the team is designed to play heavy, defensive games:
Well, I don’t know, defensive? I thought both goaltenders were excellent. I mean there were a lot of chances. It wasn’t a low chance affair. I thought there was action at both ends. I mean, Jonsey was great for us. But yeah, I think we know that these are all four-point games and this is going to come down in the end. All of these teams are going to be close and there’s a lot of teams that are starting to turn it on now. So, you know, critical points.

Martin Jones, on whether they know what to expect when they play the Kings:
Yeah, it’s easy to prepare for games against these guys or any division games are obviously big four-point games for us. We know what the standings are like and we know how difficult it is, so these are obviously important games.

Jones, on whether there’s any common threads in the last three wins against the Kings:
I don’t know. We seem to be able to get in pucks behind their D and forecheck these guys pretty well. So that’s a big part of our game and when we turn pucks over in their offensive zone and play down there, it makes everything a little easier.

Jones, on playing with the lead for the entire game:
Yeah, it was a really, really solid game. The first two periods I thought we really controlled the play. I thought they had a good push at the end. You know, you got a team down two or three goals and that’s going to happen. So yeah, it was just a solid game. We stayed out of the penalty box. Yeah, good game.

Jones, on always playing well against his former team:
Well, I think we play well as a team. And when we play like we did today, playing in the offensive zone for a lot of the game, it makes everybody’s job a little easier.

Joe Pavelski, on getting the two points:
They’re a good team in our division. And right now we’re looking up at that team. So we take a step a little bit closer to them and with guys showing up tonight and putting effort in. There’s a lot of areas you’ve got to go in against this team and they’re going to be physical and stick their nose in there and leaned on them and won some battles and a couple big plays by some guys.

Pavelski, on whether the Sharks are a good example of what Pacific Division hockey looks like:
You know a lot of us have played in this division in for a long time. They’re tough games, tough matchups. And that’s what we know so that’s how we’re going to play. And I think we are situated, we believe we can play with these teams and that belief has to continue.

Pavelski, on the Sharks’ success in the last three games against the Kings:
Our first game that first week it wasn’t our team, wasn’t how we wanted to play. And tonight was a game that we were in control of for most of it and felt good and calmed down a little bit after the other night. Yeah, their team commands a lot out of you and their guys step up prepared to play and that’s a lesson for us. We’ve got to take that mentality in every game. And there’s certain things we’ve got to do different against this team as well though. Coming through the neutral zone and the support. So the guys did a great job tonight and we’ll look to continue.