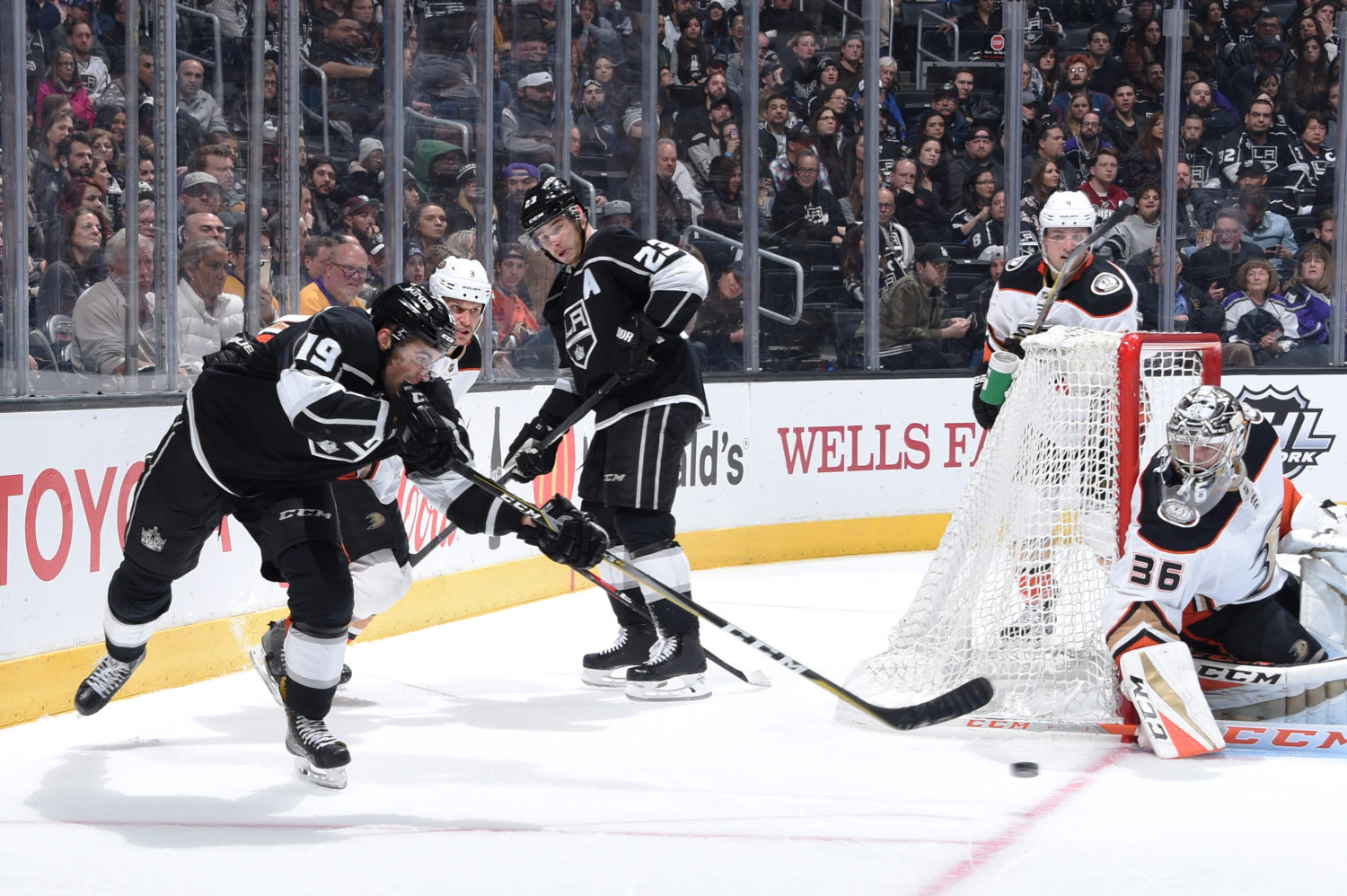 John Stevens, on the physical game:
I think it was kind of expected. There’s a lot at stake with these two teams. They play hard. They’ve been in the playoffs before, they know what’s at stake. I thought we had a lot of guys that showed up ready for the physical challenge, we had some guys that didn’t and it cost us, so that’s a good lesson for us. We can not win in a game like that unless we have everybody, and we needed more tonight.

Stevens, on how to play with the desperation they showed in the third period:
I thought we did early. A couple pucks that went in that normally wouldn’t, and I thought we had a power play that actually created a little bit there. You see all the physical play. I mean, it wasn’t any major breakdowns or antyhing, but I just think some guys get involved physically in different ways. Some guys like MacDermid and Cliffy and Andy, they’re all tough guys that they’re fighting with and they’re tough guys themselves, but there’s other ways of being tough – wall plays, wall battles, blocked shots, foot races, blue paint battles. These are all playoff games now. If you look at every team we’re playing, there are big playoff implications. You’ve got San Jose coming here, Pittsburgh’s back in the hunt. Back into Anaheim. Nobody’s going away, so they’re going to be playoff games every night and you’re going to have to dig in. There’s a lot of heavy lifting that has to go on in order to win games. You need inches to get feet, and the difference in the game is going to be really small, so our effort’s going to have to be big.

Stevens, on the three early first period fights:
This series has been like that all year. I think it’s been a really spirited situation every time we’ve played these guys. It’s no different. They’re a much different team tonight than they were before, but I think both teams understand the implications of these games, and I think everybody’s coming to the game knowing that the chips are at the table and everybody’s going to be all in. It’s good. Quite honest, I thought it was good, honest hockey.

Stevens, on ways to play consistent hockey for 60 minutes:
Well, I think we need everybody. Quite honest, you can’t have gaps in your lineup. You can’t have two lines going or three lines going or four defensemen. You can’t have ebbs and flows. We need everybody. I thought the start of the second and third periods were not the way we wanted to start. We spent the whole period in our zone. That kind of takes a little bit of life out of you, but it’s not the team playing 60 minutes tonight. I just thought we needed some guys to be better tonight.

Stevens, on a reference to generating the fewest shots in the league since December 1:
I’m not sure where you’re getting these analytics from. I wasn’t aware of that. We’ve really tried to buckle down defensively. I didn’t think we gave up a lot tonight and I thought we created enough chances to win. Our analytics tell us if you look at the computer that we created more opportunities than they did. They’re tight games. We’d like to get our shot totals down and our shot totals up, but I guess I’ll have to go back and check the computer on that one.

Stevens, on whether he looks to veterans to get a message across of needing all players contributing:
I think so, but I think our leadership has been very strong this year and I think there are very few nights when you could fault those guys. I think there’s a secondary leadership group there that has to be a little more consistent for us. I think the top guys have been really good for us. I think they really carry the message for the hockey team as you would want as a coach. We just need some of our younger generation guys to just take a little more bite in games unlike the game tonight. And they’ve been good most of the year, but I just thought we needed more tonight. [Reporter: Who would you include in that secondary group?] Established veterans that have been in the league – to me, that group encompasses a big group of players that aren’t wearing letters on their jerseys, that aren’t trying to get established in the league but are good players in the league. Proven they can’t just play in the league but can help you win in the league – that whole group. Guys that’ve been here and guys that haven’t.

Alex Iafallo, on the loss:
It’s tough. You play Anaheim, you obviously want to win those games that are a huge rivalry. We’ve got to have a good start. It all started in the first period, and the next game we’ve got to play all three periods.

Iafallo, on the three early first period fights:
A lot of energy. It’s a lot of sacrifice from those guys, and we appreciate that. Sitting on the bench, we’re ready, hungry for the next shift. Those are all three great fights, and it was pretty cool to watch, and it’s just a lot of energy.

Iafallo, on getting his game back to a high level:
Yeah, we’ve got to keep working hard in every area of the game – wall plays, getting the puck out, just simple plays like that make a huge difference.

Iafallo, on whether he looks at this as a third consecutive loss, or whether the bye week changes that:
No, we look at it – the loss is huge. We’ve got to take our mistakes, learn from them. The name of the game these days is learning every day and coming back hungry and ready to go.

The Kings are scheduled to practice at 11:00 a.m. at Toyota Sports Center on Sunday, January 14.