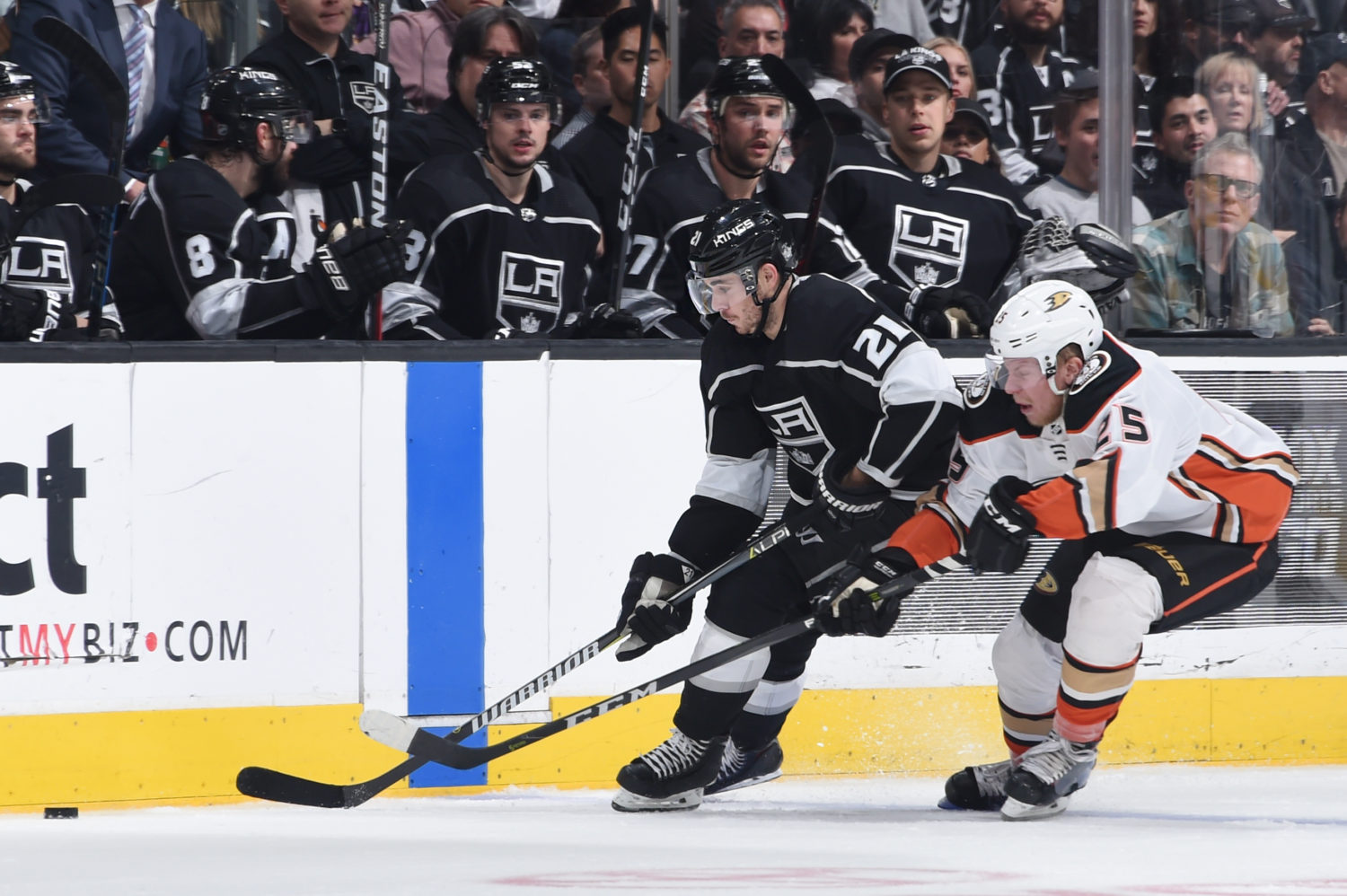 Randy Carlyle, on setting the tone with three consecutive fights:
Well, we know that coming in here, it’s not like they dress a bunch of shrinking violets over there either. So they still have a formidable team that plays tough and plays hard along the wall and some guys that like to play that way and we’ve got to be prepared to match that intensity. And tonight we just felt that it was necessary to have that element in our lineup and we played forward with it.

Ondrej Kase, on getting two points against a team that’s ahead in the standings:
I think it’s a great feeling. We had a great start. Get the breaks and it’s perfect, get the two points.

Kase, on the Kings pushing back in the third:
I think we played a little bit scared the third period. They scored the two goals, but we have two points so it’s great.

Kase, on whether his first goal was just a matter of shooting and hoping it went in:
Yeah, I just try to shoot. I think it was a little bit lucky so I’m happy it’s in.

Ryan Getzlaf, how much pressure the team felt in the third:
I mean it’s pressure obviously when you have that lead and you give up a couple goals. But we knew I think that both goals were little bounces that were here and there that they were working for. One went right off my leg and on their stick. It’s just the way it goes in games. It was good to see our composure stay the same and the way we kept playing.

Getzlaf, on this being the first game back after the break:
It was good. I think any time you can come off a break and come energized, play the first period the way we did. I think guys went out and stuck up for each other right away and that set the tone for the whole night.

Getzlaf, on how significant it is to beat the Kings:
It’s big. I mean these guys have obviously been playing great hockey. They’re a measuring stick for our group and when you’re talking about up the road, the division, and those things. We’ve got to be able to win these games. Hard fought games.