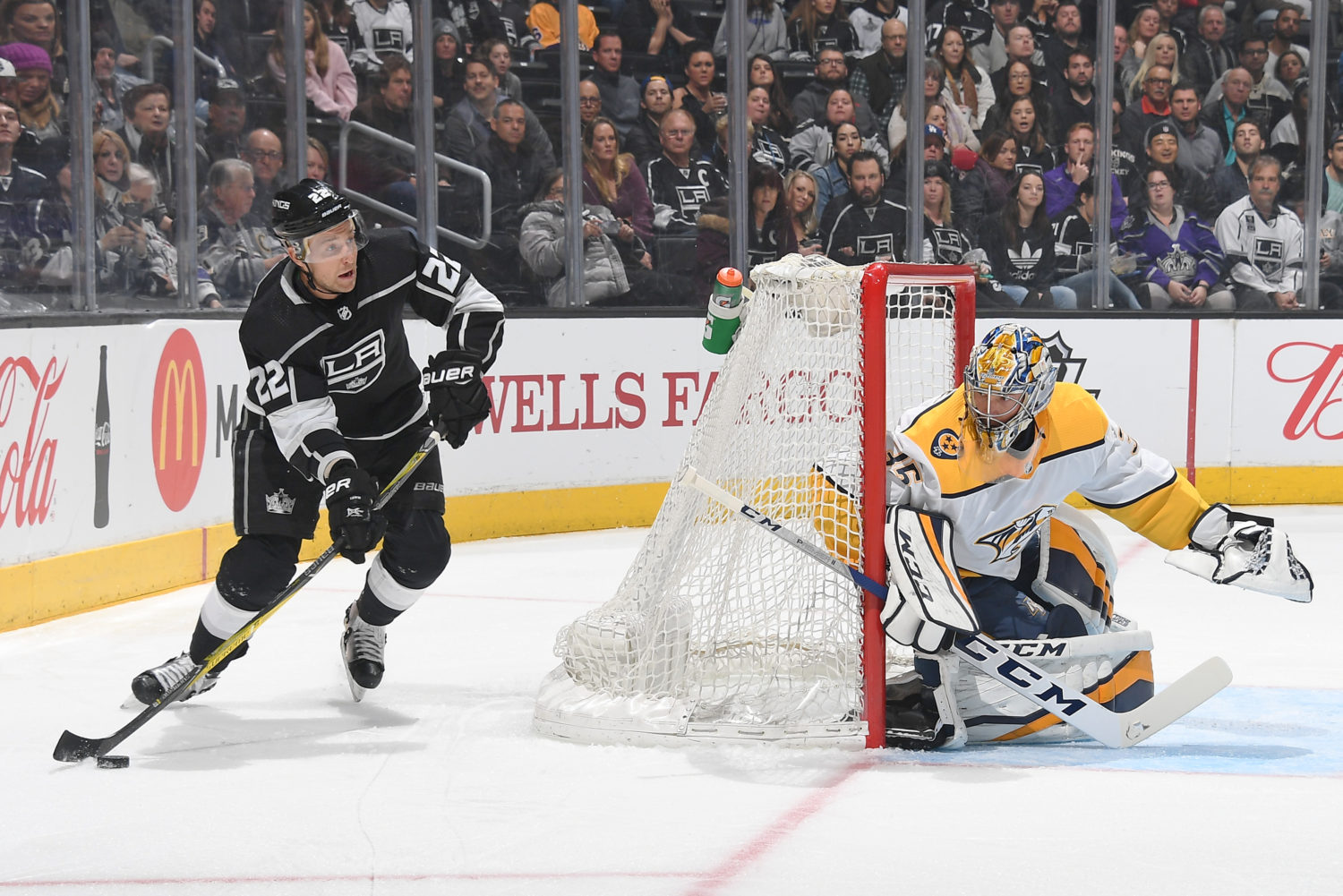 Trevor Lewis, on the challenges despite a strong effort and good forechecking:
I just think we took too many penalties. Obviously we kill that five-on-three, that was a full two minutes. Those guys did a great job out there, and then they kind of get one at the end when guys are tired. We’ve just got to learn from that and stay a little more disciplined. But I like the way we came back and battled back and everyone was putting in the effort, for sure.

Lewis, on Nashville:
They’re good, they really clog up the neutral zone, too, and their D are good at getting pucks and skating with them. When we were on our forecheck and getting on top of them and turning puck over, that’s when we were effective.

Lewis, on the challenge on Nashville’s rush goal that made it 3-1:
What I remember was kind of trying to make a play to the net, and it gets turned over. We’re trying to score, so sometimes that’s going to happen. They made a good play to score.

Tanner Pearson, on the loss:
It was one of those ones where kind of the same as Calgary. We battled back, but we dug too much of a hole to dig ourselves out of. [Reporter: What was missing that you saw from this game?] We created our chances. We got a lot of shots on net. I think they just capitalized on their chances and they just rolled with it.

Pearson, on the feeling going into the break:
I think we’ve done some good things. Some things we’ll probably look at to clean up after the break, but as of right now, we’re in a playoff spot. That’s a good thing.

Pearson, on the moment it appeared Jonathan Quick might have been injured:
Yeah, I think he just got a puck in the back of the leg. It wasn’t muscular or anything like that, so that’s a plus.