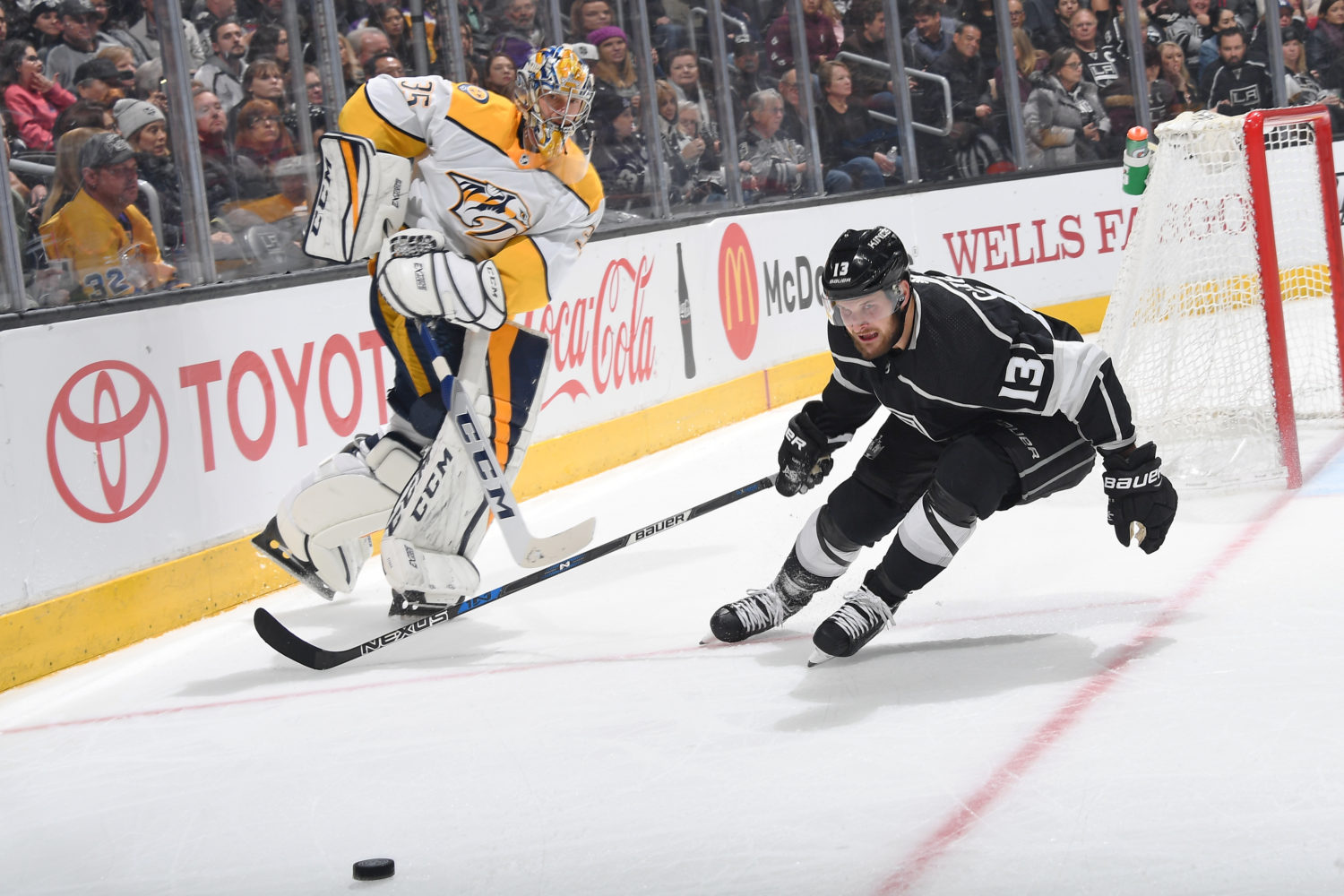 On the team’s overall performance:
Well, we just talked to the group before we head into the break here. Probably the most exciting thing about this group is they have a way to stick around in hockey games. They have this innate ability to try and win games, and I thought the guys played hard tonight. I thought it was going to be a tough game. I think they’re as good a team as there is in the Western Conference, and I thought it was a really good measuring stick for us. I just felt like we had some self-inflicted wounds with discipline early. We had some penalty trouble early. It seems like every time we climbed back in we got a little further behind. Still, again, that’s the area we really need to clean up. But our team game was pretty solid today. I just felt that we needed everybody tonight, and I didn’t think we quite had everybody. But they’re a good team, and we’ve got some work to do.

On whether the break is coming at the right time:
I’m not sure. You can look at the break any way you want. When you have the brush in your hand you can paint any kind of picture you want to paint, like you guys do. The truth of the matter is the break is the break, right? So, if you’re coming off a really good stretch, you could argue you want to keep the momentum going. But the schedule’s been tough. We’ve had lots of travel as of late. The holidays have just finished. I think it’s just a good reset time where everybody deals with the break, and fortunately this year, everybody deals with it at the same time. It’s important that guys get some mental refresh here and then physically get active through the break, coming back ready to go, and then we have a short stretch where we get the All-Star break. So, there’s really one more little stretch here that’s important, and then we get into the heavy lifting for end of the year and playoffs. So, to me the break is the break, just like the schedule. You’ve got to deal with the schedule when it comes and make the most of it, and that’s what we intend to do.

On why Drew was whistled for unsportsmanlike conduct:
I think Drew was just amped up. I think he knew that with Muzz out of the lineup we were really going to need him to step up like does always, quite honestly. I think he was frustrated with the call initially. I think in his mind he didn’t say anything, but I think he reacted to a noise being made going into the box. I’ve known Ian [Walsh?] for a long time (?). The only thing I said, just let me take care of it and maybe give ‘em a warning, but they made the call from there, and then we ended up with a five-on-three, and now you’re a full two-minutes. I thought we did a good job on that. Unfortunately, they scored at the end of it, which kind of killed the effort on the five-on-three, because they still got a goal out of that. You don’t want to get in a hole against that team because they check really well, and I thought that was probably not the best way to start the first period.