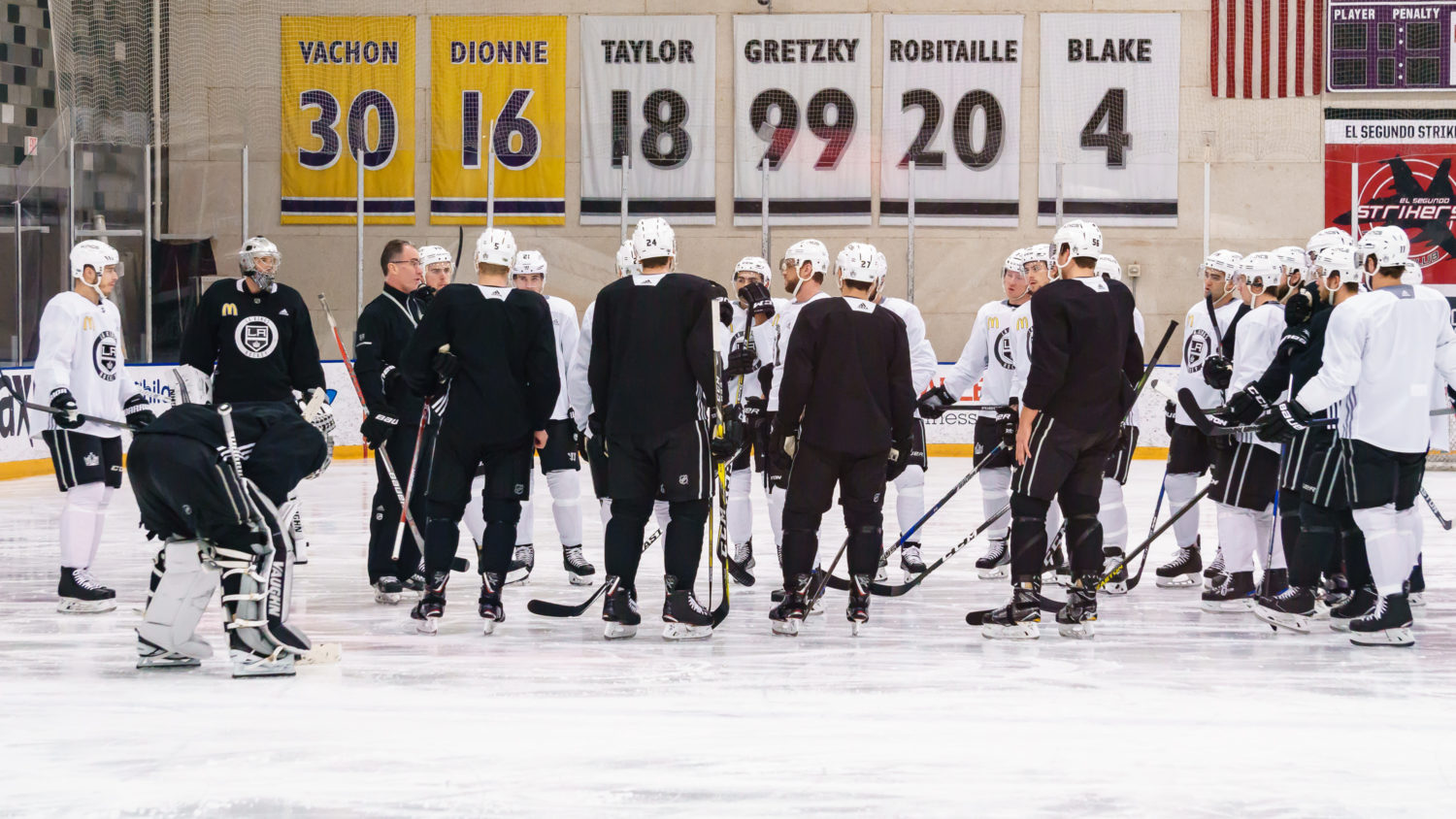 On how Nashville has evolved since the teams’ last meeting:
What I still think about Nashville, the way I did then, if anything, they’re healthier now. They’ve got Ellis back playing, they made the Turris trade, which I think has really been a good trade for them. I think their defense is arguably as good as any defense in the league, and not just six – they have eight guys deep. They’ve got a goalie that handles the puck really well, and I think [they’re] really, really solid down the middle now. They’re a good team. I think they’re as good a team as there is in the west, and obviously last year, with the experience they had going deep in the playoffs like that, they’ve got some experience there as well. Their style is the same, but if anything, they’re deeper now than they were before.

On Nashville’s structured play under Barry Trotz, and how it has evolved under Peter Laviolette:
I think they are different. Clearly, Lavy likes a very active defense. I think they rely on their defensemen, and it’s all of ‘em. It doesn’t matter who you’re talking about. All eight of them want to make plays with their feet. They want to take on contact and beat the first guy with the puck, and I think that’s a big part of how they play, and they’ve got some guys that are really, really good at it, and they play that 1-1-3 in the neutral zone, which they’ve always played, back to the Carolina days. I think over time they really have good detail in it. They really make it tough to get pucks through the neutral zone, and a lot of times, the way they check in the neutral zone, those pucks leak to Rinne, and he’s as good a puck mover as there is in the league, so I think the combination of the mobility on the back end with the ability of their goalie to move pucks allows them to get out of their zone quickly and get in on the forecheck. They play an aggressive game. The one thing I’d say about Nashville that’s a little underrated is their physical game. I think they’re a lot more physical a team than people realize. I think they work extremely hard, and that’s something you’ve got to be ready for.

On the bye week:
I think it’s tough, only because it’s in the same month as the All-Star break. Basically, you’re getting a third of the month off, right? … But, I think at the end of the day, everybody’s dealing with it. I think the players all feel differently about it. I know last year there were teams on a roll that didn’t want the break. Other teams that maybe look forward to the break just for some time away. But I think at the end of the day, everyone’s dealing with it. It’s just like any other part of the schedule. You’ve got to look at it, you’ve got to deal with it the best you can. I think the good thing this year is that they’ve tried to arrange it so everybody’s on the break at the same time, so when you come out of the break, you’re playing teams that are in the same situation. I think that’s a really good thing. Last year I think it was really lopsided where teams coming out of the break were playing teams that weren’t on the break, and the records weren’t very good. I think there’s just so much at stake right now that to create a disadvantage just from a schedule standpoint, I don’t think it was fair to the players or the fans, so at the end of the day it can be a good thing, but it does create some taxing parts of the schedule because of the days off. But, at the end of the day, it’s just another part of the schedule to deal with. [Reporter: Will you stay here?] I’m going to stay here, yeah. [Reporter: Too cold on the Jersey Shore?] No, I miss winter. Actually, I shouldn’t tell you this, but I’m getting my knee scoped. I’ve got a cartilage issue. Take advantage of the days off.

On whether there there’s a challenge of making sure players are ready in advance of the bye week:
Yeah, it can be, but we really looked at this whole stretch as a segment. Sometimes you don’t want to talk about the break, but we’ve talked about it, because it’s real. Let’s not ignore it, let’s talk about it. So, we’re going to get our mental break at Christmas break, and then we’re going to get a stretch of games that are really important, and then you’re going to get another break, and then we’re going to come back and play a stretch of games and get the All-Star break. So, let’s rest when the days are here to rest, and let’s work when it’s time to work. I think our guys have been really professional about that. I think their attention and focus at the rink have been tremendous. I think we have really good leadership that gets our team ready to play inside the locker room with Drew and Kopi and Brownie and Quickie and those guys. Go down the line – Muzz, Marty, all those gu¬ys. I think this group has really matured, and I think the professionalism allows ‘em to focus on the game today, and then they can relax tomorrow.

On whether players may be more focused, given Thursday’s loss at Calgary:
It certainly gets your attention and reminds you that you need everybody and you need everybody to play. There’s no easy nights in the league. I think certainly the chance that you become a little complacent because maybe you’re playing well into this game might be there, but the fact that we came out of one of our worst games of the year in Calgary certainly allows us to get everybody’s attention.

On whether the team is overly reliant on Jonathan Quick:
Yeah, we do rely on Jonny an awful lot, but we’re allowed to. I mean, he’s a great goalie and he gives us a chance to win every night. Our checking game in terms of taking care of the middle of the ice was very poor. So, we had two problems in that game: we were really poor at taking care of the middle of the ice, and we were very poor in our 50-50 puck battles when the puck was up for grabs. Those two areas lead to lopsided chances against you and probably a tough time winning a hockey game. We had chances to come up with pucks or get pucks out and didn’t, and when they had the puck and full possession on the rush, we did not take care of the middle of the ice, and that’s a problem.