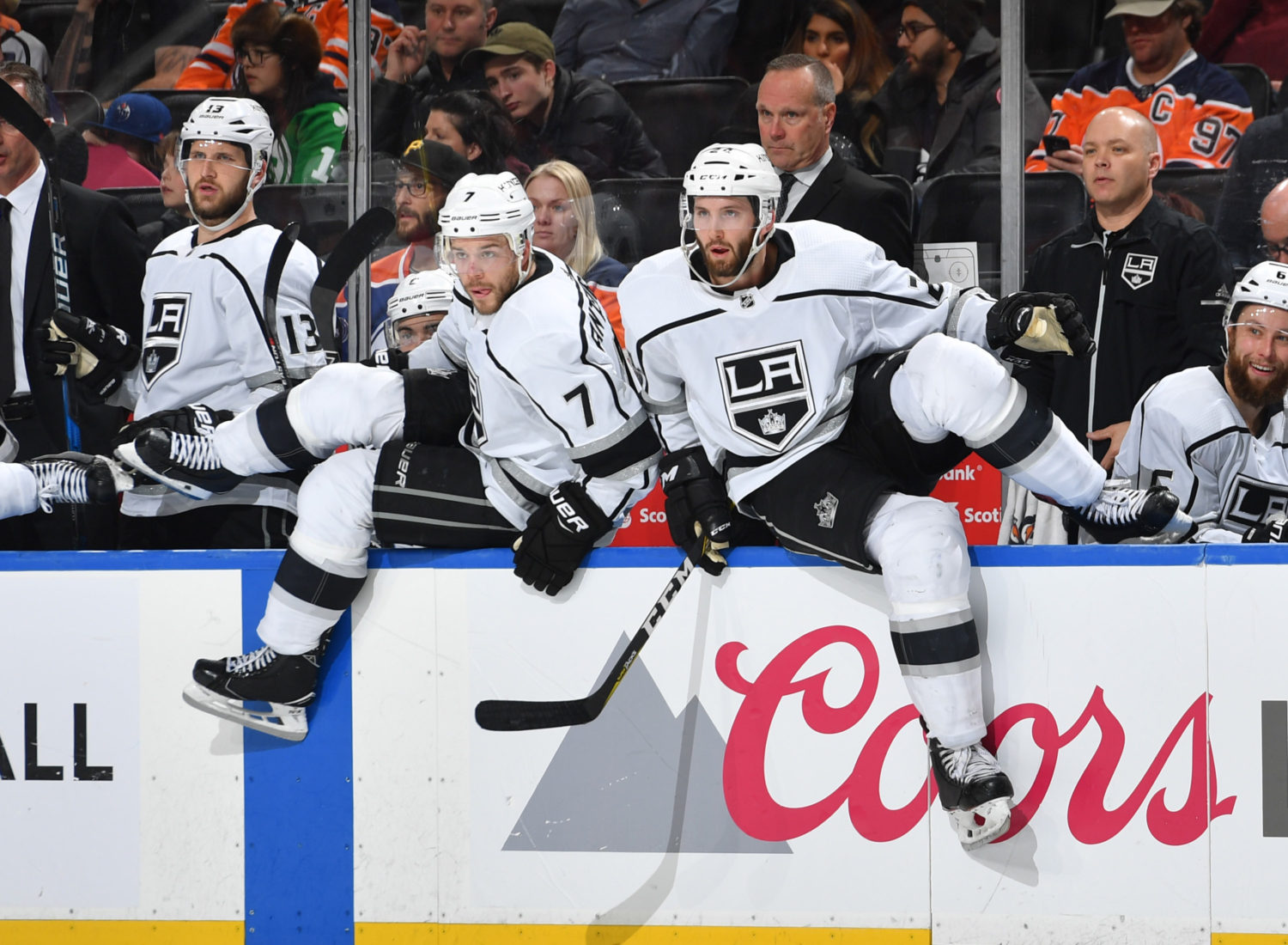 On his assessment at the team as it nears the midway point:
There’s things we track as a hockey team that we think are important to our team. I don’t think that’s really changed between now and the beginning of the year. I think we want to be a really good defensive team. I think for the most part we’ve done that, but I think we can get better in those areas. We wanted to try and play faster, and I think we’ve taken great strides in doing that. Our penalty kill’s always been important to us, and other than that one segment there has done a really good job for us. I actually like the way our power play has progressed. I thought there’s parts of the year it’s been really good, even when it didn’t score, but I think these last five games it’s done a really good job of creating momentum for us. I think the power play’s something we’d like to see continue to have some consistency in it. I think the forecheck’s an area that I’d like to see continue to improve, and I think our commitment without the puck has been everything we’d hoped it’d be, but still areas we need to improve on.

On how much Oscar Fantenberg provides “a different element”:
When he’s playing well and he’s confident with the puck, he really helps us. I think he shoots the puck really well, he passes the puck really well, and I think he does things quickly, so the fact that he wants to shoot the puck I think really helps the power play, but I think he can really shoot the puck well. If he gets the puck to the net when we’ve got people going there, I think it’s going to be really good for us. [Reporter: He made this team out of camp, and he’s been able to stick up here. Is he a good example of a good find by the hockey ops?] I think they’ve done a good job in a lot of areas, to be quite honest, with the depth of our team. You could talk about Kuemper and Iafallo and Folin and guys like that that I think have really shored up some of the depth. We have some kids that are coming along that maybe aren’t quite ready yet but are coming along, so that’s bought them some time to continue to grow as players. But, certainly guys that come in, he’s a little older, he’s got a little more experience, a little more mature. We’re still looking for consistency in his game, but certainly he’s had the ability to come in and help us when we’re looking to make a lineup change.

On any area of improvement he’s looking to see from Alex Iafallo:
Well, I just think Alex, we’re just trying to monitor fatigue levels. He’s a college player, first time going through an NHL season where there’s a very short holiday break. I talked to Blakey about it. He’d gone through it as a college player, and I just think that Alex, he’s done a terrific job for us coming in and really playing well in a lot of different situations for us. We really like Alex as a player. We’re going to get him back in a lineup here soon, but we just felt for a young player sometimes it’s good just to pull back, watch, really become a good student of the game and then get back to being the player we want him to be. We just thought he looked like he didn’t have the jump before. I think the wall play had become a little bit of an issue where it hadn’t been before, but it’s just probably a derivative of that. But, we love Alex. We love everything about him, and we think he’s going to be a really good player for us for a long time.