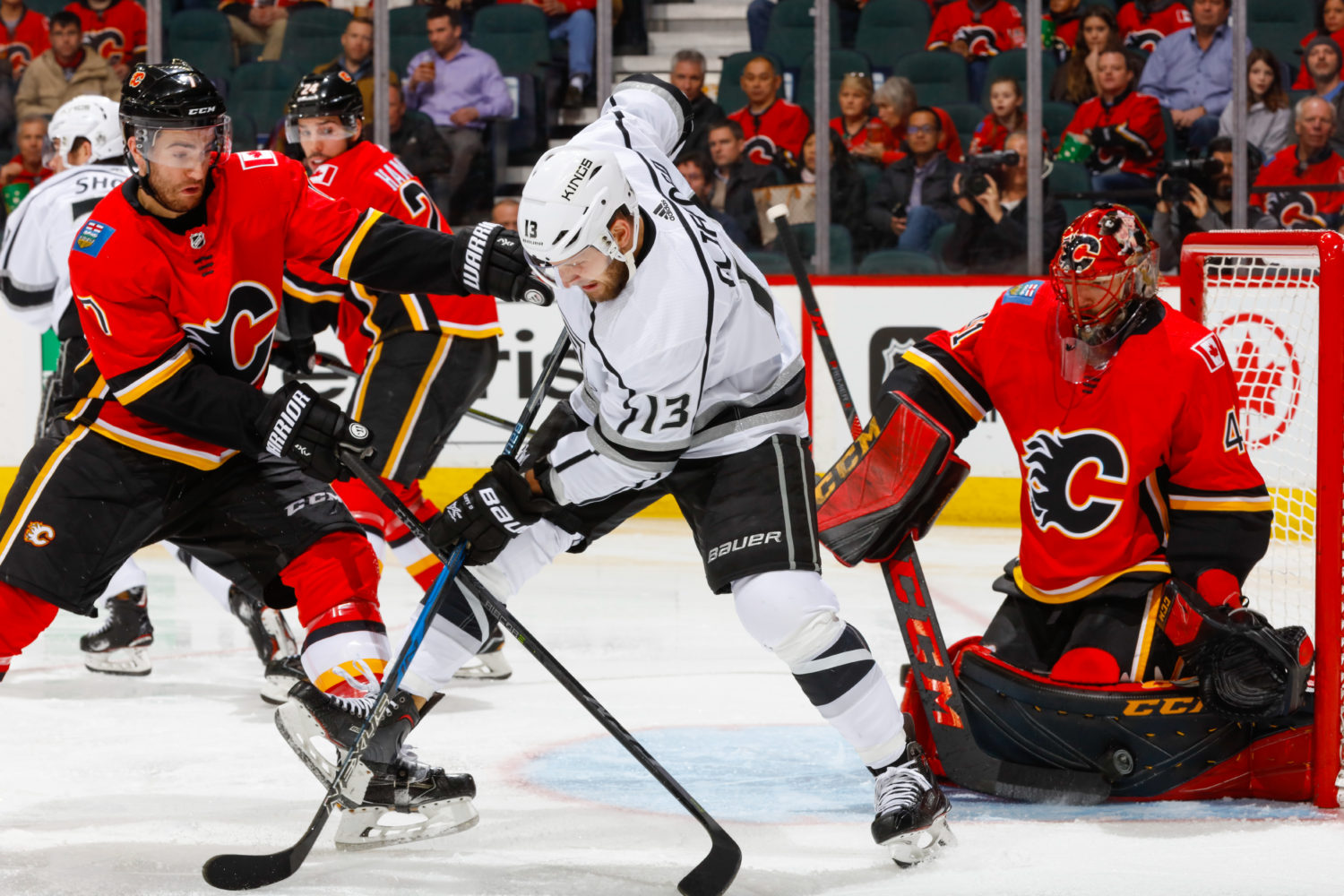 Anze Kopitar, on what changed after the first period:
Well, I think our second period was god-awful. I mean we’ve been making plays, left Quickie hanging. There was no— I don’t think there was a whole lot of puck battles that we won. And you can’t expect to play like that and not give up any goals. And they cashed in on it and I thought the third period was the game that we want to play and for the majority of the period we were in their zone again. Now we’ve got to learn from that and certainly we can’t have second periods like we did tonight.

Kopitar, on Quick playing well despite the team having “left him out to dry”:
Yeah, that’s nothing new. He does that for us every night. I mean I think we take it for granted sometimes and that’s why we don’t play the way we should, because he bails us out the majority of the time and it kind of gets unnoticed and we have to make sure that doesn’t happen.

Kopitar, on the team struggling with the transition game:
I think the majority of that was not taking care of the puck and not making plays whether that’s chipping it into their zone and get a change and chip out of our zone and you know just make some composure/good pressure? plays that we didn’t do in the second.

Kopitar, on whether it was tough to get a penalty call going their way:
It is what it is. The game is called the way it’s called. It can’t influence anything.

Kopitar, on what he thought of Jankowski’s goal that was reviewed:
I don’t know. I didn’t see it. The only thing I saw was the replay so they must’ve saw something different in Toronto or whatever it was.

Kopitar, on whether the second period was out of character:
Yeah. Certainly not the game we wanted to play and it was just flat-out not good. I think the only thing that was going for us was Quickie. That’s about it.

Kopitar, on not having played a period like that in a long time:
Yeah. We haven’t had it like that and we have to make sure we learn from it so it doesn’t happen again.

Tanner Pearson, on an uncharacteristic second period:
I think it’s pretty self-explanatory. I think, you know, we got away from our game and we let them play theirs. And turned pucks over and they’re a first rate team and that’s the kind of play they’re looking for and they capitalized on it.

Pearson, on whether it took too much energy to come back from the second period:
No, you know, I think we’re a pretty good character team and we trust ourselves especially when we’re down in a game going into the third period there’s still a good mood in the room and we believe that we can come back and tonight we just fell a bit short.

Pearson, on whether it’s almost surprising not to force the game to overtime considering the team’s track record:
I think, you know, anything happens. Two-shot game and we just fell one shot short.

Pearson, on whether they thought the game was theirs for the taking after the first period
No, I think you know it was a division game. We know that it’s going to be a battle against any opponent and I think we let off our foot off the gas pedal and they definitely took over.

Pearson, on whether scoring two goals helps his confidence:
Yeah, you know, now I think we’ve got to do it consistently. One night just doesn’t really prove you. You’ve just got to keep on playing well and I think when you get the little things right, the bigger picture happens.

Pearson, on regrouping and moving forward:
Yeah we’ve got one big game before the break here. Still a conference game so we’ve got to buckle down for one more.