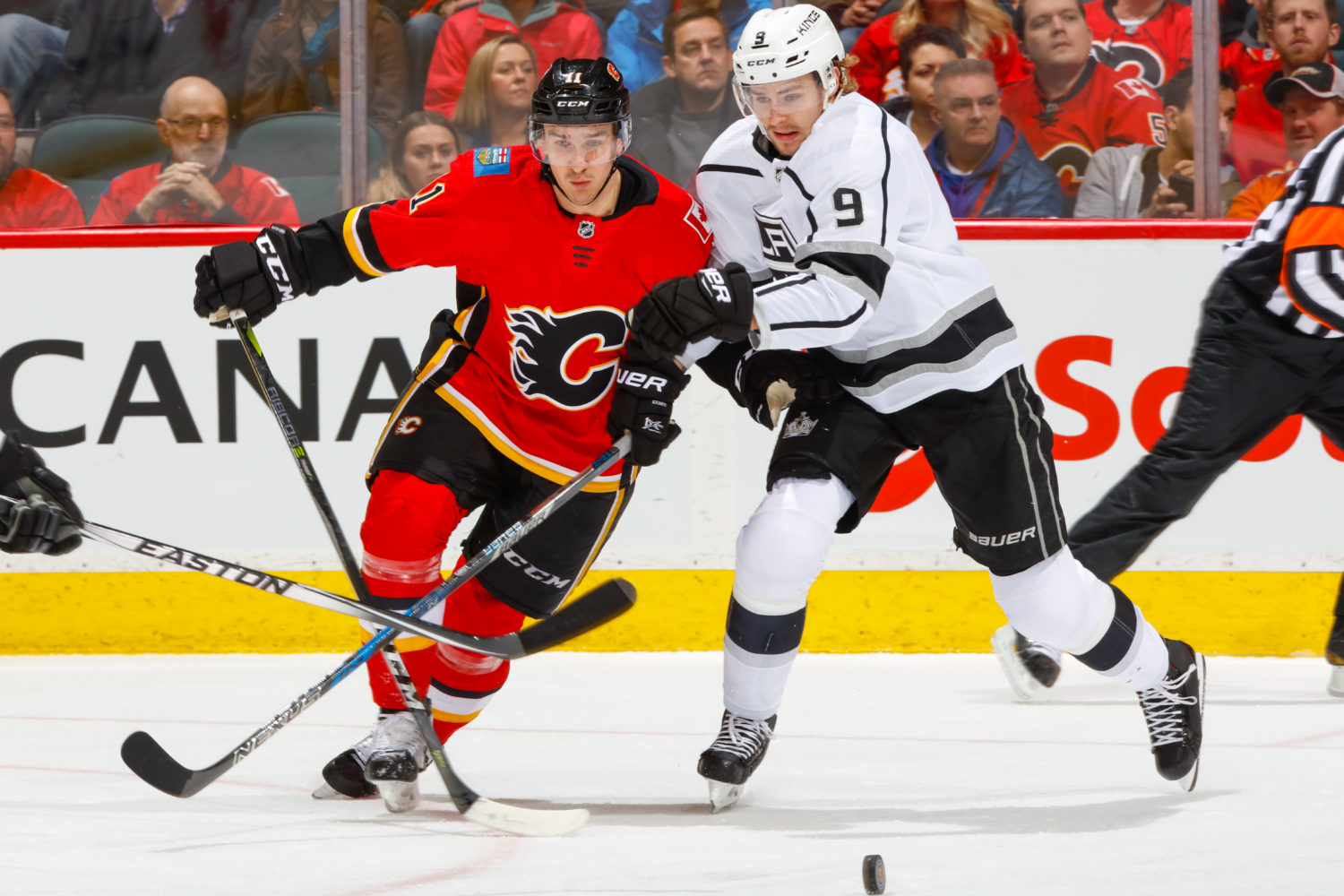 On how the game turned around to emphatically:
Were you watching? The first 10 minutes was probably one of the best starts of the year, and then we just let their D start skating, let them start to freewheel in the rush game, which they’re very good at, and then I thought we totally got outworked for the next30 minutes. The first 40, we were really, really good for 10, and the next 30 we were really, really bad. Lost a lot of puck battles. The bottom line for me, you’re not going to win on the road against a good team with a goalie, half your D and half your forwards, and that’s kind of what happened tonight.

On Tanner Pearson’s three points, and whether it means anything heading forward:
It does. That’s actually what I said after the game. If there’s anything that comes out of this game, Tanner Pearson got to the net, and he’s had chances, but he found the net. I think his game has been coming, so I’m not surprised he’s on the sheet.

On whether the game leaves a bad taste in his mouth despite 2-1-0 road trip:
Yeah, you can’t be happy with losing. I don’t care how good the trip was. We beat two teams that are way below us, and we lost to a team that’s trying to catch us, obviously. It’s a good lesson. You’ve got to work and you need four lines, you need six D. The league’s too good. The teams are too balanced. We’ve had that most of the year. We didn’t have it tonight, and we got the result we deserved.

On whether it’s a good time of the schedule to return home and “recuperate”:
You know what? We looked at this chunk. The schedule’s the schedule. We all have different parts of the schedule we have to deal with. We looked at this trip, the bottom line is we got two wins on this trip, which is an important two wins, obviously, in the division. Now we’ve got to go home and learn from this. To me, it’s a good lesson. We can’t be happy with the way we played. We need to have a better performance out of the entire group in order to win, but to me, it’s a lesson you’ve got to learn. It’s not surprising. I think we’re all honest with each other. We got the result we deserved.