Waking up with the Kings: January 3 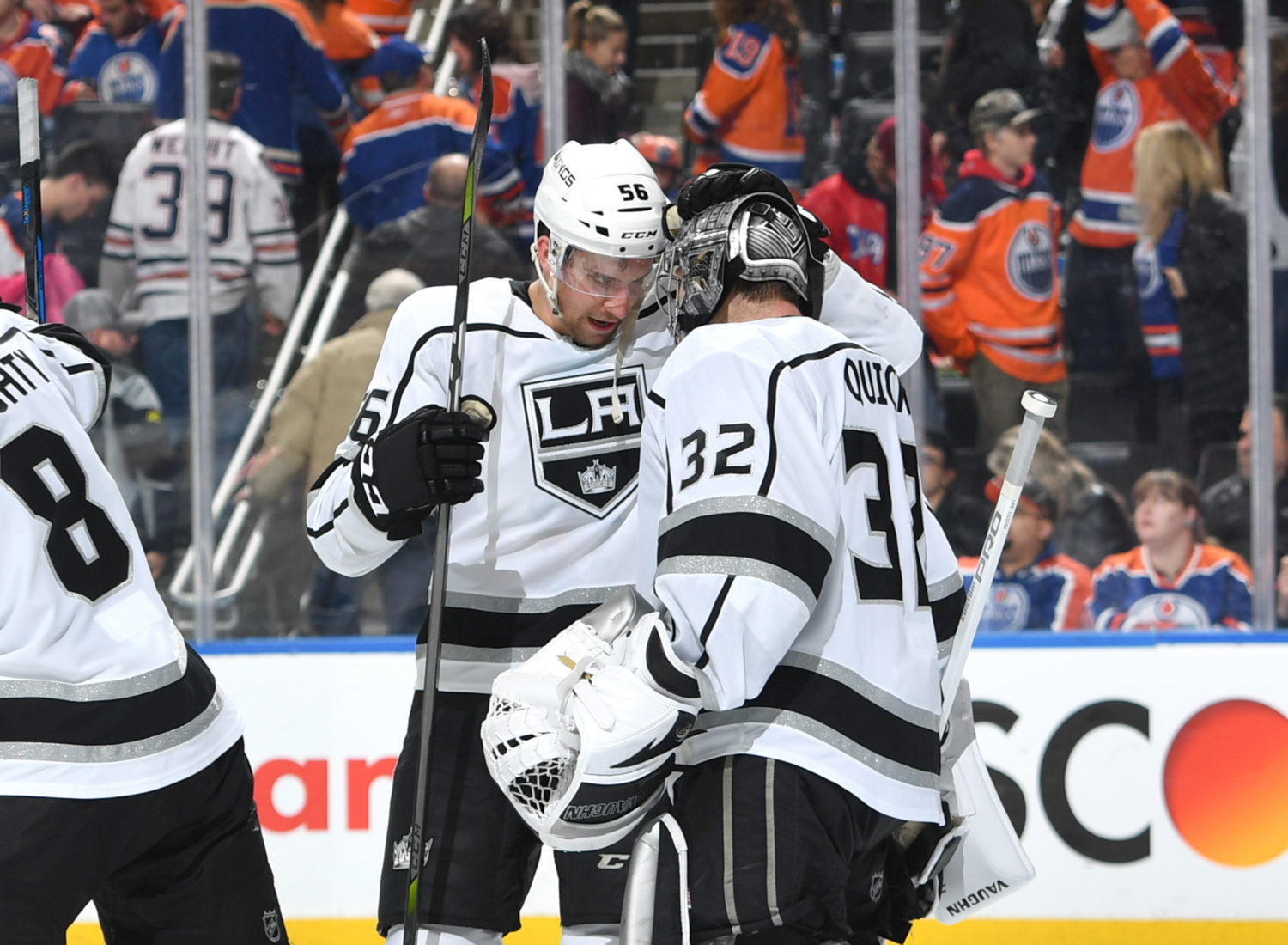 The final minute of the second period of Los Angeles’ 5-0 win at Edmonton was about as much of a swing minute as is possible in a five-goal win. Trailing, 1-0, Jesse Puljujarvi was gifted a wide-open net from an angle that was somewhat slanted but provided more than enough net to work with. He hit the crossbar, raised his arms in disbelief, and 25 seconds of game time later, Patrick Maroon made an illegal hit on Drew Doughty’s head that immediately drew a match penalty from the referees and will result in a hearing with the Department of Player Safety. Several things here. One, it’s good to see Doughty is apparently OK. He went through the requisite protocol and concussion testing, and returned to action midway through the major power play. From a personal standpoint, nothing else here is as important as Doughty’s health. Two, Patrick Maroon is not close to being a thug or a headhunter. He is a massive human being and made a bad play that he’ll probably get suspended for. This is not someone who runs around taking liberties with other players. He plays the game hard and honest, and this type of hit is uncharacteristic from him. Three, the Kings, as Colin Fraser would say, made them pay. It was a perfect storm: the Kings had just devoted an entire practice to power play detail on December 31st in which more than just the top two units got work in; Oscar Fantenberg was re-inserted into the lineup; the Oilers’ historically bad penalty kill doesn’t even kill off three out of every five power plays at home; and the Kings received a five-minute canvas with which to work. They scored three times, turning what was very nearly a 1-1 game with a center ice faceoff into a blowout win. Four, it’s good to see Derek Forbort step up and fight Maroon, a more experienced scrapper than him. That’s good character shown by Forbort, who also fought Kyle Chipchura in Arizona during the 2015-16 season after a leg-on-leg hit on Marian Gaborik. 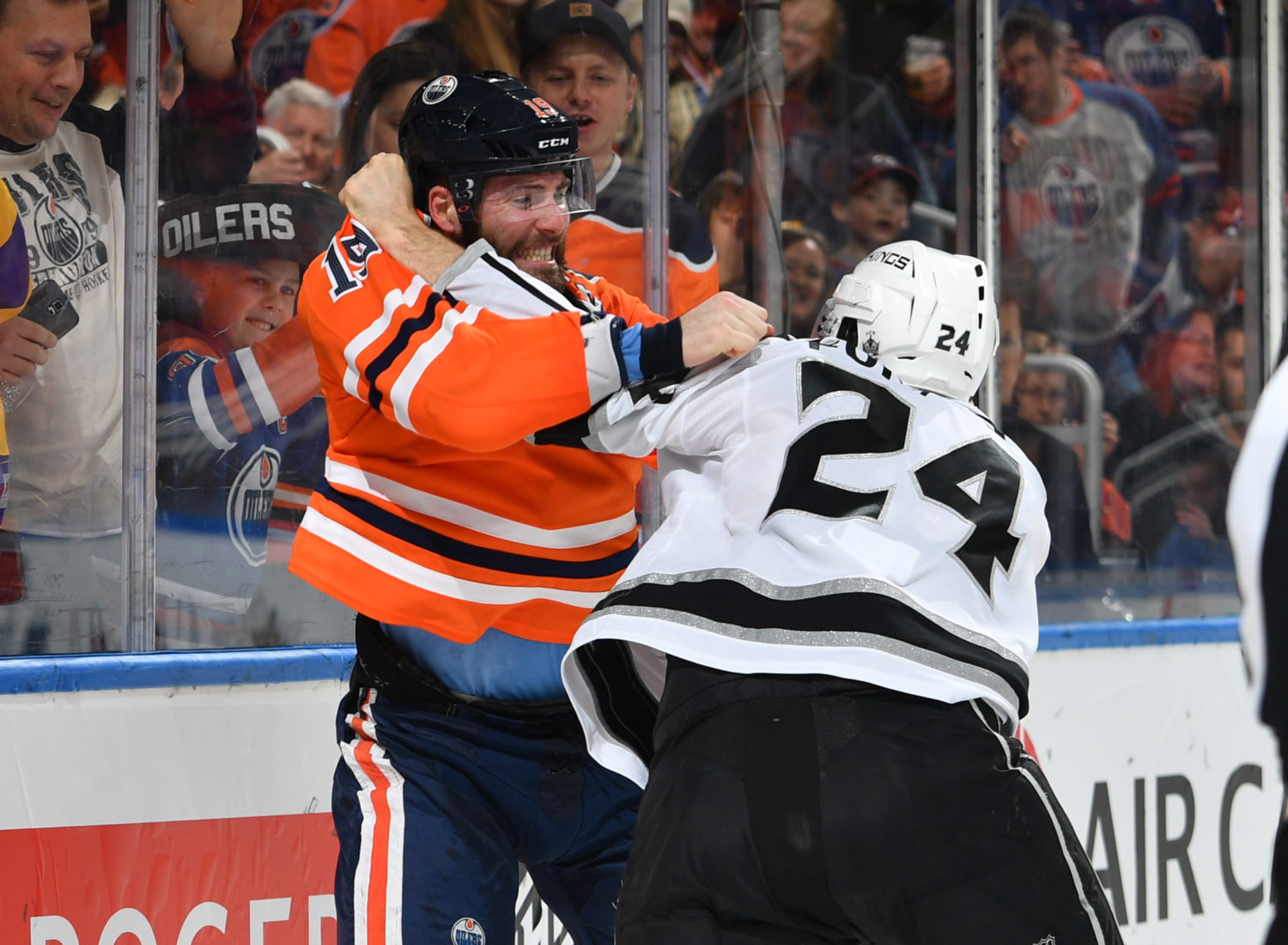 John Stevens has pressed the right buttons on this trip. First off, this team has been worked hard over the last two weeks, and the players deserve credit for the heavy practice/game balance. Usually there are a number of optional practices at this time of the year, but because the team was coming out of a break and will soon be going into their longest break of the season, they’ve had to retain a good amount of detail through practice work and, other than Jonathan Quick the morning after the Vancouver game, everyone has been on the ice for all practices since the December 27 rejoin. This doesn’t sound like much, but there is an internal gas tank that needs to be refilled physically and emotionally, so credit to the players for applying what they’ve learned on non-game days into game situations. Stevens’ personnel decisions have also paid off, with Fantenberg notching an assist and a plus-two rating in his return to the lineup and Andy Andreoff scoring the game-winner to punctuate a solid fourth line performance. 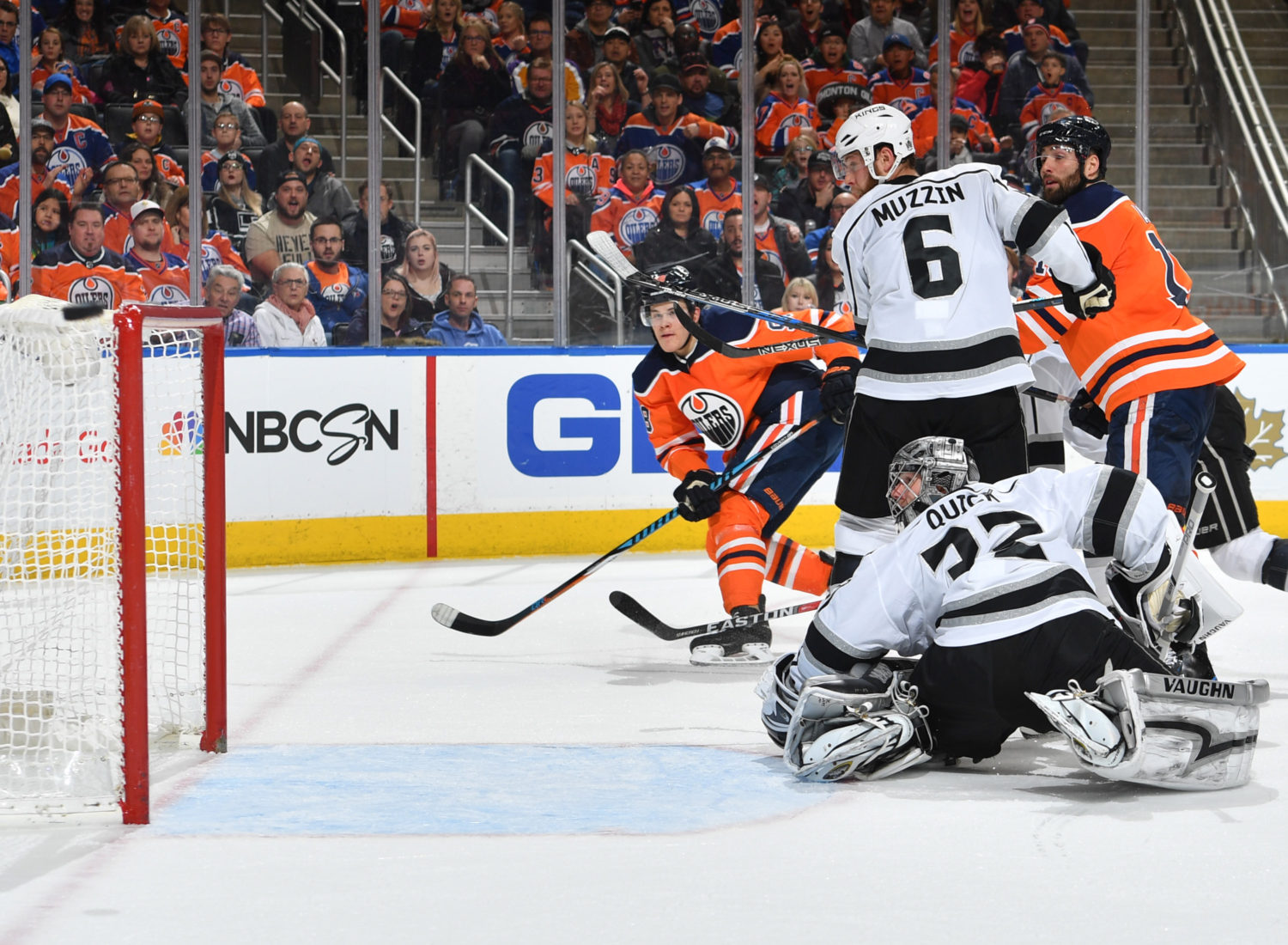 Los Angeles used a team-wide effort to disrupt Connor McDavid with five-man units combining to keep the superstar off the scoresheet. Stick taps to his former junior teammate Kurtis MacDermid, who used his wingspan to get his stick on a puck of an intended first period feed towards Andrej Sekera on one of McDavid’s most threatening plays of the night. “Dewey did a really good job one-on-one with him, but we had a lot of help. He made a lot of good plays through seams, but we had guys with sticks,” Dustin Brown said. More of an anecdotal observation from watching the Oilers at the morning skate and during the game: there wasn’t very good body language. Some of that is natural, given the disappointing season in Oil Country. But even at the morning’s optional skate, populated by scratches and players who weren’t going to see a ton of ice time, there just seemed to be a contraction of life and emotion. Again, this is a passerby observation from an outside observer who doesn’t have a baseline for energy and enthusiasm of a team he doesn’t cover. But once the goals started pouring in early in the third period, the slumped shoulders returned. At the other end, it was a solid road effort from a team that banked on Jonathan Quick’s 47th career shutout to move to 2-0 on a three-game divisional trip. 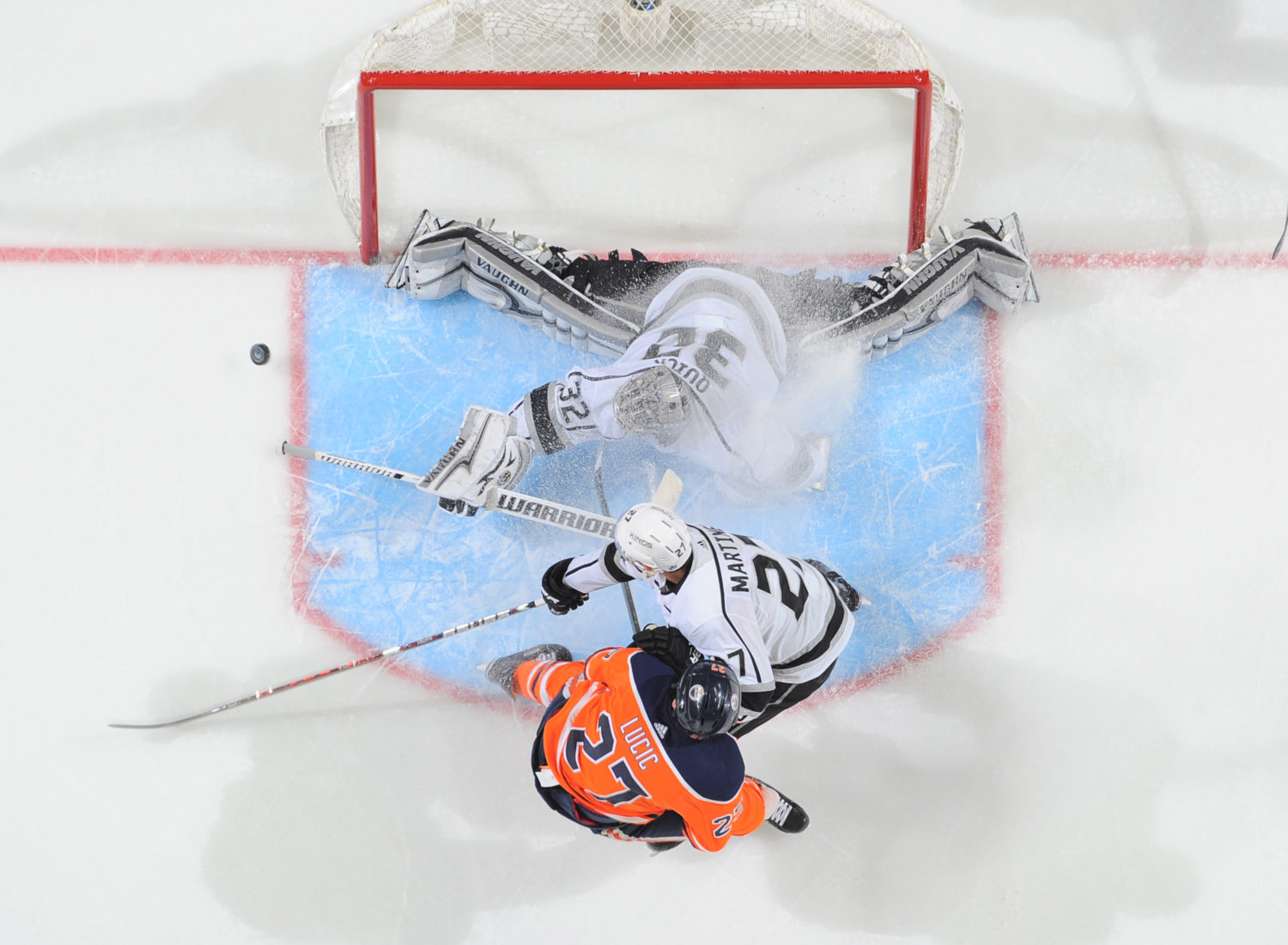