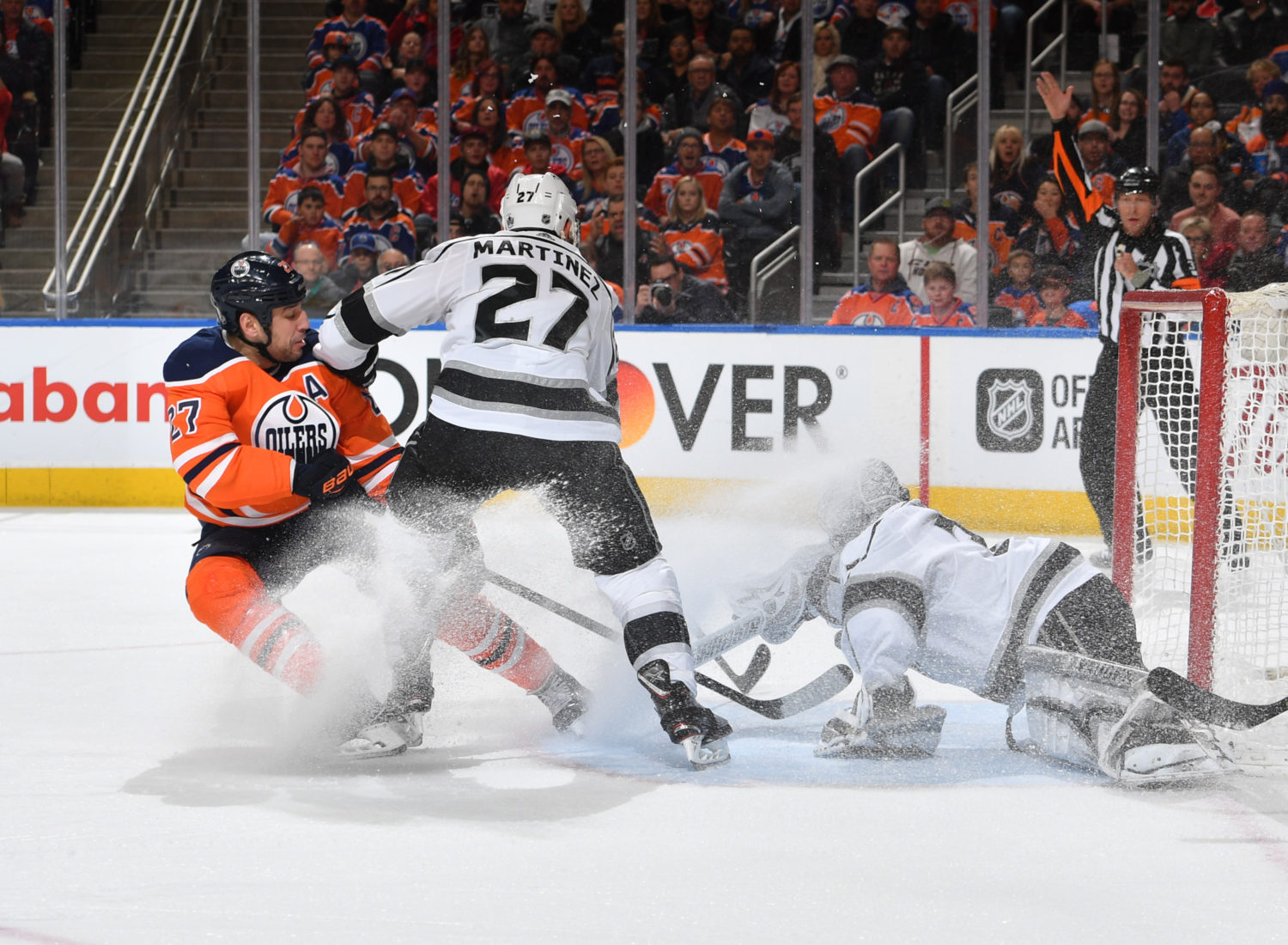 On whether Tuesday’s power play success helped the team’s confidence on the man advantage:
I think there’s a few things. We’ve really liked our power play since the San Jose game. We thought we’ve done a lot of good things in terms of better on our breakouts and entries, more time in the zone, more momentum because pucks are going to the net. We definitely have more of a shot mentality and are recovering a lot more pucks because of it, and I think it’s really helped us. We had a day in Vancouver to really just dedicate the day to that theme of power play, and I think it really helped us, I think this group’s done a good job. We’ve always talked about the power play, it needs to be a weapon that can help you win games, but it shouldn’t be something that you sit around and rely on to win games, and I think last night was a good example. I thought our team game was really sound, and our power play took advantage of the situation and was the difference in the game. [Reporter: It got a lot of practice in the last game.] Yeah, it’s been a while since we’ve had that many opportunities, but you know what? That happens, and I don’t think anybody’s going to argue with the call. I mean, Maroon, he’s really physical. I think he’s an honest player. But, the play happened, and I think the call was the right call, and we handled it the way we should’ve handled it, so I thought that was really good to see. And, we got production. We had three different units that went out and gave us time on the power play. They all executed well. They operated under the same philosophy. They all have different skill sets, but the philosophy was there in terms of support on entries, getting somebody established at the net and looking to attack the net and shoot the puck, so that part was encouraging.

On whether he received an explanation from the officials for Patrick Maroon’s match penalty:
No explanation. They just came over and said they’re going to get five minutes for fighting, and then there’s a five-minute match penalty called there as well, so you’re going to have a five-minute power play. They didn’t really need to explain anything further, and I’ll be honest, I’m not looking to talk to the league, or I don’t need to know what their interpretation is. Those guys have done a really good job in my opinion, and if something happens, they look at it. They’ve got all the past history of the players and the past history of the events that have gone on this year. If they decide to look at it, they will. If they don’t, they don’t. We’re moving on to Calgary.

On whether the Kings had better control of the game in the defensive end during the second period:
I actually thought our game plan was consistent throughout. I thought we had a really good start to the hockey game. I thought late in the first period we kind of forced some pucks into traffic areas that led to chances in our zone. I thought we cleaned that up a little bit, but I really liked the way we got numbers back around the puck in the second period, and I really liked the way we got our feet going up the ice in transition. It seemed like our defense, the first thing they were thinking about was getting going with the puck, and the forwards were reading off that, and they were getting going, so we got an ability to get pucks up to speed going forward as opposed to dragging pucks back and allowing the checking to set up, and I thought that really helped us.

On any changes in divisional play after the team “struggled” in its first handful of outings:
To say we ‘struggled’ to start the year, we only had a handful of division games. We were all playing in the east. If you’re 1-1 or 1-2, all of a sudden you’re struggling. You can turn that around in a hurry. If you look at Edmonton, I think they were 6-1 in the division going into last night, and we played Vegas, I think they were 10 or 11-1 in the division. The division’s tough. The games aren’t easy in the division. I think everybody is talking about how important the games are with the format of the playoff structure now. I think the conference games are almost as important now. You play four games in your division, you play three in the conference, other than Anaheim, who we play five times. You want to be top-three in the division, but you’ve got to make sure that you’re playing teams in your conference and certainly in your division. I think we all know how important the games are. I think it’s become emotional games, and I think everybody’s digging in. Not that they don’t dig in every night, but I think there’s a little more incentive knowing that they’re big games. If you can win games in your division, you can make up ground in a hurry, and if you can win games in your division, you can create space on teams behind you. It’s important to everybody.

On Derek Forbort’s growth as a professional into someone who defends his teammates:
I think we’ve talked a lot about just in terms of being a good teammate. I think you’ve got to do the right things for the right reasons sometimes, and I think we’ve all been there before. You go home with a bloody nose and you sleep pretty good at night knowing you did the right thing, as opposed to avoiding that situation and maybe you don’t sleep as well. I think to me it’s a reflection a little bit of the bond with the group. I think they reacted in a really good way – not because you thought I was supposed to this, [but] he cared about his teammate, and I thought that’s a really good thing. That speaks a lot about Drew, too, the respect that he has on our hockey team. I do think Derek’s got really good character. I think a sign of character is when you can step outside of your comfort zone a few times. And, you can talk about a scorer, too. When a scoring guy blocks a shot, it might be a little out of his character. When a guy that’s a physical guy that’s not a scorer scores a big goal, that might be a little out of his character and standing up for a teammate when that’s not necessarily your role, well, I think your role as a teammate is to make sure that you guys stick together, and I thought was an example with what Derek did.