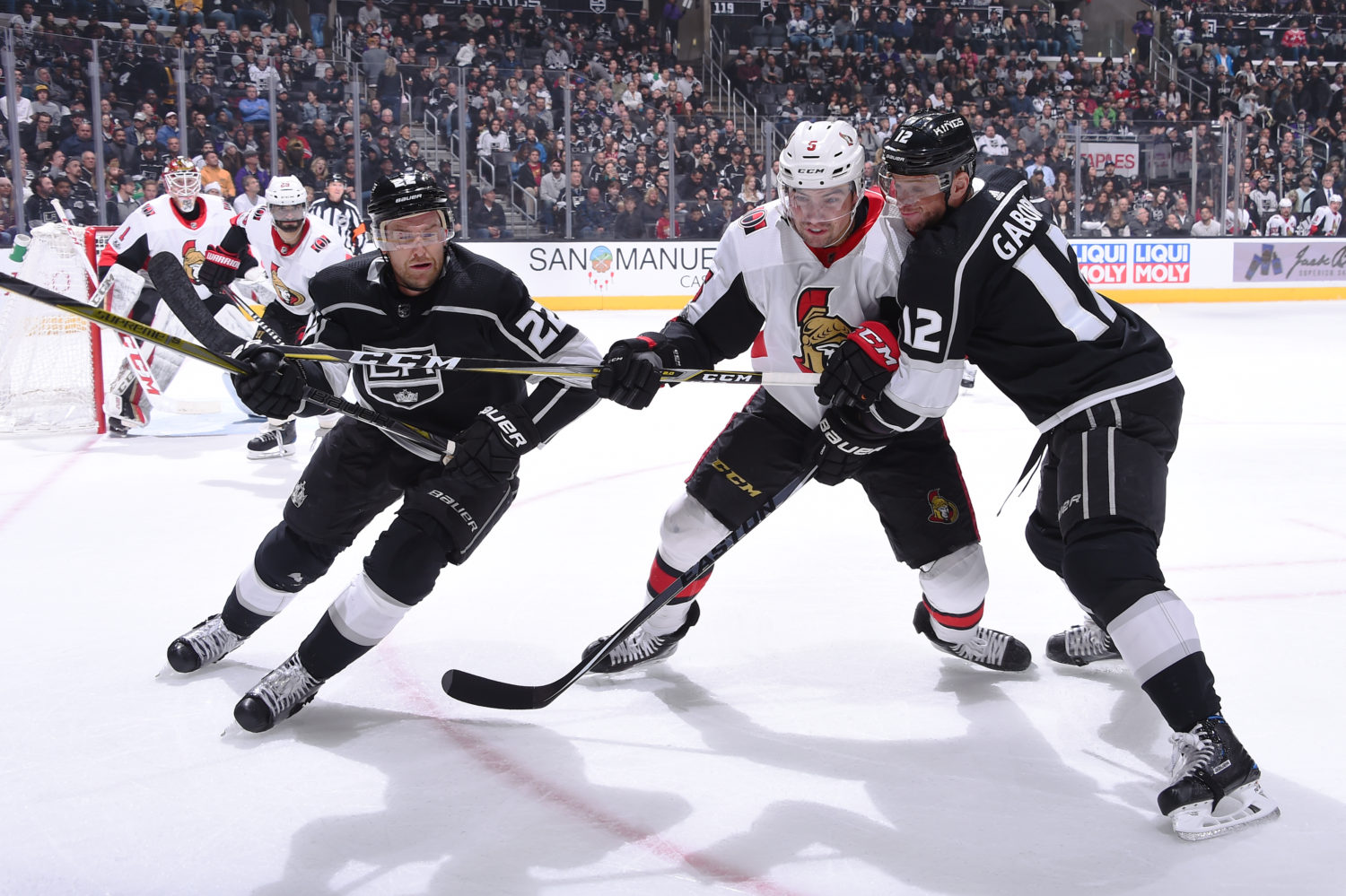 On whether the coaching staff was able to get some time off last night:
Some guys had family in town, but the rest of us, we just had dinner. Quiet dinner. The usual. Nothing different, to be honest with you. Catch up with the Calgary game. Uneventful .[Reporter? Nice and relaxing? I mean, it’s work, so maybe ‘relaxing’ isn’t the right word. But, just to have that extra day?] Quite honestly, two days isn’t great on the road. I know it’s kind of an unusual situation, but you’ve got to take what the schedule gives you. I really liked the way the guys handled practice yesterday. I thought we had a good team practice and got some quality reps in, and I thought we had a really good spirit to practice with some really good pace to practice, so hopefully it pays off.

On whether Edmonton’s style of play is similar to any teams Los Angeles has faced recently:
I don’t know. I mean, they’re coming off a real disappointing loss at home, so I think you’re going to get probably their best game. I think they’re going to come out really hungry with a team in their division. You’re already talking about division games, but Edmonton, I think they’re a good team. I haven’t watched them enough to know why they’ve struggled, but I still think they’re a really good team. They’ve got size, they’ve got some physicality in their lineup, they’ve got some high-end offensive players. They’ve got one of the best offensive players in the world, if not two or three of ‘em. We’re clearly going to have to do a good job without the puck and check and manage the puck and not give them a large number of scoring opportunities, because that’s when they can really hurt you.

On whether he’s surprised by Edmonton’s “fall-off”:
Again, I’m not sure. Based on what happened last year, I think going into the year, we all knew that the division got better. I mean, we knew Anaheim was going to be a good team. San Jose is always there. Everyone was assuming that Vegas would have a pretty good team, but I think everyone expected that Calgary and Edmonton were going to really push for the top of the division. If you look at it, it’s still really tight. You can have a good couple of weeks or a bad couple of weeks, and the whole league seems to be like that, but I still think they’re a good team. I think Calgary coming up here is a really good team. They both have a lot of really talented young players on their team. Even though they’ve struggled, they’re not that far behind everybody else. We’re looking at it as we know they’re a really good team, and we know we’re going to have to be ready. [Reporter: Is there an unknown factor in the division, just because the jury’s still out on teams like Edmonton and Calgary?] Well, not really. I think what’s happened is early in the year we played a lot of Eastern Conference games, and we know there’s going to be a lot of conference and division games in the second half, so the landscape could change in a hurry, so I think we just need to focus on our game, one game at a time, and try and get as many points as we can and hopefully our team game continues to improve as we go through this process, because – I said it the other day. If you don’t improve, you’re going to get caught up and left behind in a hurry. I think the division’s really strong. Everybody’s going to struggle at some point. You just hope it doesn’t last very long and you get the ship righted and you continue to gain points throughout the year. I don’t think everything is set in stone in the division. I think there’s still a lot up for grabs here and there’s a lot of quality games against division opponents left.

On Marian Gaborik’s progression since his return:
To his credit, he’s worked hard to come back, and he played really well initially, and then I think with the schedule the way it was after he got back, he plateaued a little bit, but you see him getting his game back where he really provides speed to your lineup, and he gives you a really strong scoring threat that where he gets opportunities, he produces. It was the seventh goal he scored the other night there, and he gets opportunities. We really like the fact that we have veteran guys like Gabby that can play with a young kid like Adrian Kempe, so we just think they complement each other. They’ve got great speed. But we know he can score, we know he scores big goals, and we know that he can play a 200-foot game against top opponents. He’s been a really good addition to our team.

On communicating with players of different ages and experience levels:
I wouldn’t phrase it as a young player-old player. I think everyone’s personality is different. Some guys approach it differently just because of their personality. To me, Gabby, he just appreciates an honest message. If we have feedback for Gabby, we make sure he gets it. If we really like what we’re seeing, we tell him. If we see parts of his game we want to improve, we tell him. But, we have a really good relationship in terms of communication. I don’t think the communication with him is any different than it is with anybody else. Trevor Lewis is probably the guy where you forget about him sometimes because he does everything right. He’s zero maintenance. You’ve got to go touch base with him once in a while just to let him know you haven’t forgotten about him. To me, I wouldn’t really qualify it as a younger player or an older player. I just think it’s personality.