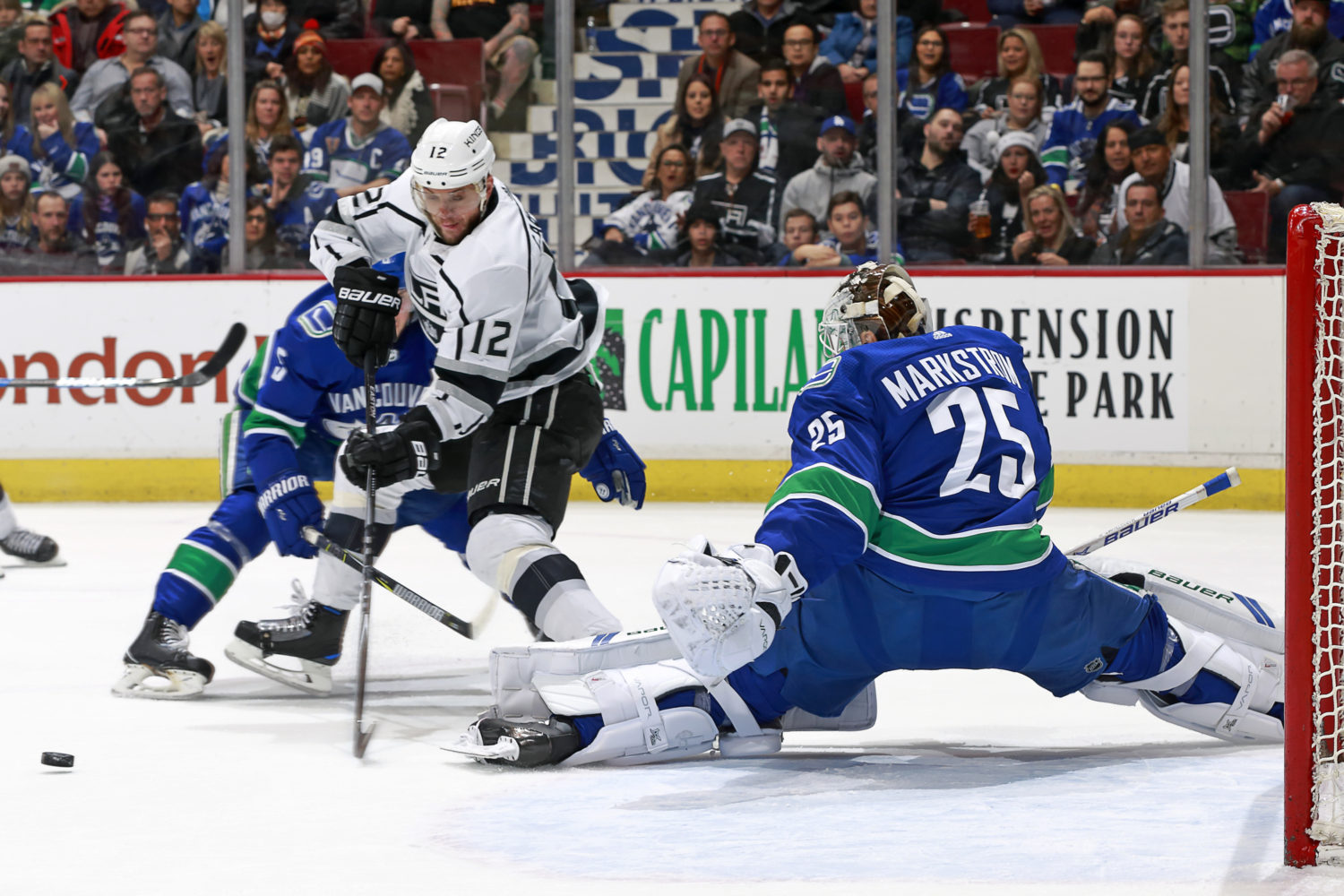 On whether the win was representative of what he looks for in a team-wide performance:
Well, there’s lots of good things tonight. I thought we had a really good first period, and the second period got a little off-track. They’re a pretty good team in transition, but we certainly got some big contributions. Probably the biggest thing for me tonight, conversations have been had about not scoring the first goal. There are so many statistics out there that can affect the outcome of a hockey game, but I think this group has done a really good job of not letting an instance of a game dictate the outcome of a game, so they understand that’s one play in a game, and they know there’s 60 minutes in the game and they think there’s enough time to make a difference. I think that was certainly indicative tonight of giving up a shorty to start the period and then bouncing back with a quick goal and then ultimately getting another one. It’s good to see, but it’s a journey we’re on to try and get better, for sure.

On the team’s success in transition and finding open ice:
I didn’t quite see it the same way. I thought it was a little tougher to get through the neutral zone. You know what I am seeing in neutral right now? Teams are really pulling back in the neutral zone. They don’t want to give you the rush game, they’re trying to get pucks turned over before they get in your zone, and then they can really transition the puck. I think at times we were really good there. When get their attack going, their D are very involved, and I think when you defend that well, it opens up space going the other way. It just seems to me right now the neutral zone is getting tighter and tighter, and teams are putting a lot more value in it, so I think the ability to get through it is going to be even more important as we move along.

On whether he was surprised to see Drew Doughty respond well after Nikolay Goldobin’s goal:
Not at all. It’s not very often you see that. It’s a great move. Credit to the kid. Drew has that ability. It’s ironic – we were talking about him today about how he has the ability to just fluff things off. He turned the puck over in Game 1 in the Finals in ’14. Tried to toe-drag a guy at the blue line, we went down 1-0. It wasn’t too long later he took the puck like he did tonight and skated through everybody and scored and got the game tied. Great players have a short memory, It’s not very often that happens, so I wouldn’t expect to see that again for a while.

On generating scoring chances, especially from Marian Gaborik and Tyler Toffoli:
I thought that line was good tonight. I thought they really skated. I thought they played responsible. I think when they play a 200-foot game, they really get back and get on top of pucks. They end up with the puck more. But the elements on that line, you’ve got a guy in the middle who can really skate and sees the ice. You’ve got Tyler, who’s got a great ability to find space and get open and make plays, and you’ve got Gabby, who really reads off the puck and gets to open space and still has got high-end speed, and I think he shoots the puck better than he’s given credit for. The elements on that line work really well together. I think there’s a little chemistry there, and I think they had a good night.