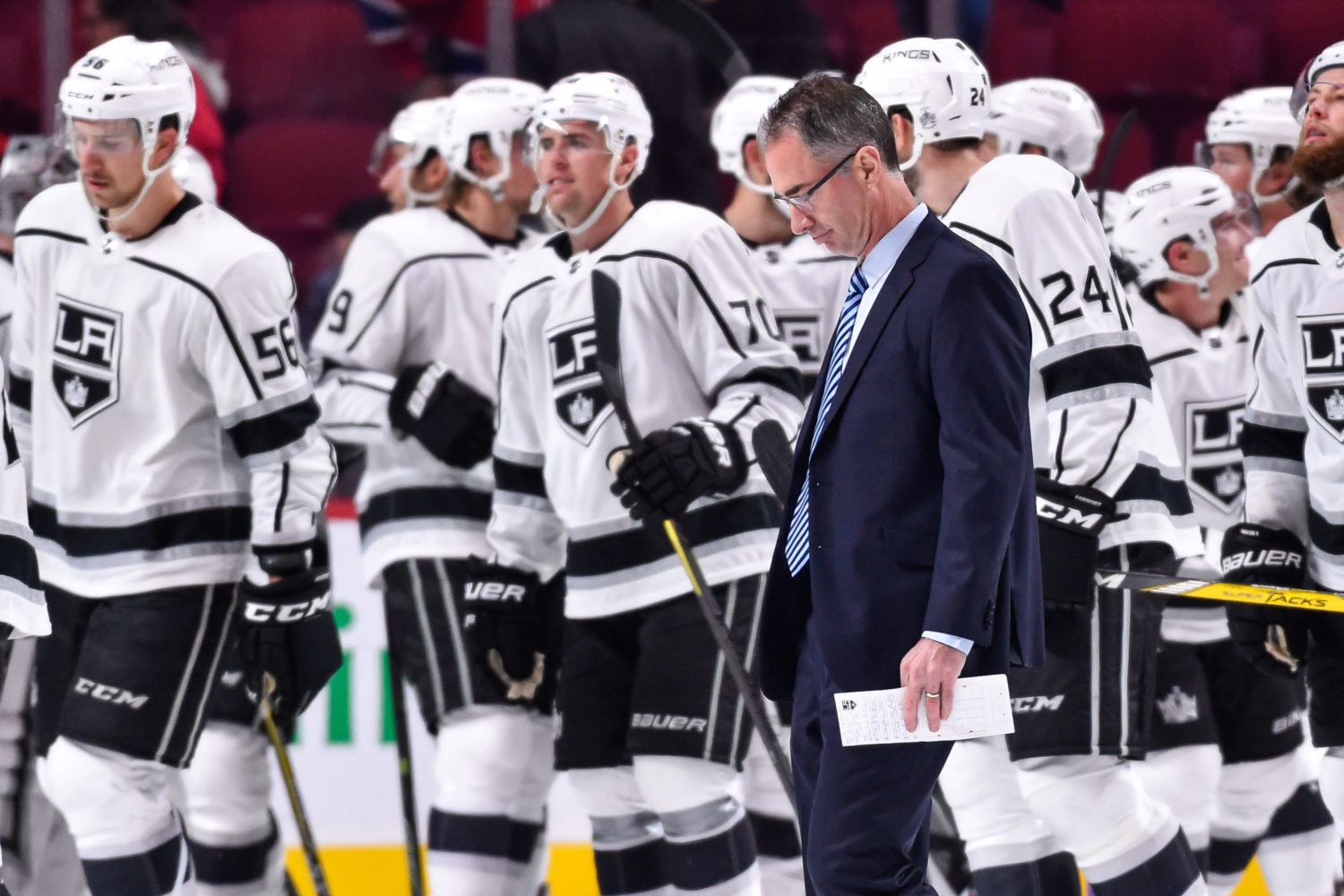 On coaching Nic Dowd:
Great kid. He went through the process, went to the minors, became a really good player down there, won a championship there and made the step to the National Hockey League, so we loved having him in the organization. Really good kid, works hard, a good teammate, and he was a good kid to have around.

On Los Angeles’ play of late and their “up and down” results:
‘Up-and-down’ is probably a good way to describe it. I think our team game at times has been really good, and then we get off track a little bit, and I think that was the case against Vegas the other night. I think we’ve really tried to talk about our own game right now, just in terms of having an identity and what we need to do to be successful. Be aware of our opponent and what their tendencies are, but let’s really make sure that our players as individuals have an identity and we as a team have an identity.

On preparing for Vancouver:
Well, they’ve got the Boeser kid that’s really been star all year. Sometimes you get these young kids, and you hear that they’re good and you don’t really know what their nuances are as players, but he’s somebody you can’t ignore anymore. I think that line with Vanek and Gagner have been terrific, and you can’t forget about the Sedin players. They do a really good job of using the back of the net offensively, and they do a really good job of knowing where their support guy is without looking at him. I think that’s something we have to be aware of. The other thing we see in their game, they play a fast game where when they get pucks on their sticks, they make quick plays with speed leaving the zone. For them it’s a little bit different because it’s away from the puck sometimes as opposed to coming to the puck, but they’re probably a lot the same. There’s been times they’ve played very well, and there’s been times they got off-page. We know they’ve had some injuries, but we look at that as some other guys looking at it as a real opportunity to get some ice time that they want to take advantage of. They’re coming off a big win there, and we’ve got to make sure we’ve got to be ready for ‘em.

On whether it seems that more teams are opting for top line versus top line match-ups:
It does. It’s a little bit different, I think, when Sutter and Horvat were in their lineup. I think now, as of late, that’s what we’ve seen from teams. We saw that with Vegas, we’ve seen that a lot. We saw that when we played the Islanders. Even a kid like Barzal, they match up against your top line. I think today’s game, you need your top offensive guys to be really good 200-foot players. A lot of times those guys have the puck a lot, so it’s a good way of playing defense, but we have seen a lot of that.

On “shutdown lines” and having top players who are good 200-foot players:
I think what we’ve seen, not only do you match-up, but not everybody has hard match-ups anymore, either. Just like we try to do, you trust your third and fourth line that if you can get some quality minutes coming out of power play situations, defensive zone faceoffs, you can still get some quality minutes out of everybody in your lineup, and I think a lot of teams feel that way. You learn to trust your players and trust that they can play against anybody.

On any preparing for tonight’s game, and comparing it to the start of the road trip in New Jersey:
Well, the Jersey game’s a little bit different. We tried to really look at what we did before we went to Detroit on that trip. We thought we played really well in Detroit and tried to assimilate a lot of the same things in terms of what we worked on. I thought we played really well in Detroit, and I thought we played really poorly in New Jersey, so I think you’ve got to look at your team and look at your last game and really reflect on some things you need to be better at, so it’s not a lot of what happened in New Jersey. It’s a little bit different when you travel cross-country, a three-hour time change. This is a divisional game, a team that we know well. We know how important division games are and just really kind of hone in on some of the details of our own game.

On Kyle Clifford and Kevin Gravel returning to the lineup against Vegas:
Well, we liked Cliffy, just the fact that he really works and gets in on the forecheck. He really gets on top of pucks, brings a physical element to our team and some energy. Kev’s a kid that’s been here before and played really well in the minors. He’s a mobile guy that can move pucks. He’s got good range, a good stick. I think coming up at that point of the season against a team like Vegas, I think that’s a big challenge for him, but I think he’s going to settle in. We’d like to see him be the same player here that he’s been down there, because he’s played really well down there.

On the Vancouver game at Staples Center in November, and how it affects game planning for tonight:
Very similar to what happened in the Vegas game, to be honest with you. We really came out early and played a straight-ahead game. We got pucks in behind, we established our forecheck, and then we really started to mismanage the puck in that game. We turned a lot of pucks over that allowed them to get their transition game going. If I recall, we gave up a power play goal late in that game that ended up being the difference. I just think we have to learn from that. Every team in the league will tell you they’re on a journey through the course of the year to try and get better. You look at games like that, like the Vegas game, and just learn from it. We were very successful early in that game playing the game the right way in terms of the way we want to play. I think we got off track and maybe looked for an easy game after that point and allowed teams to climb back in, and then we had a fight on our hands. They’re a good team. You let teams back in the door, then it becomes a lot more difficult and I thought we did that that game.