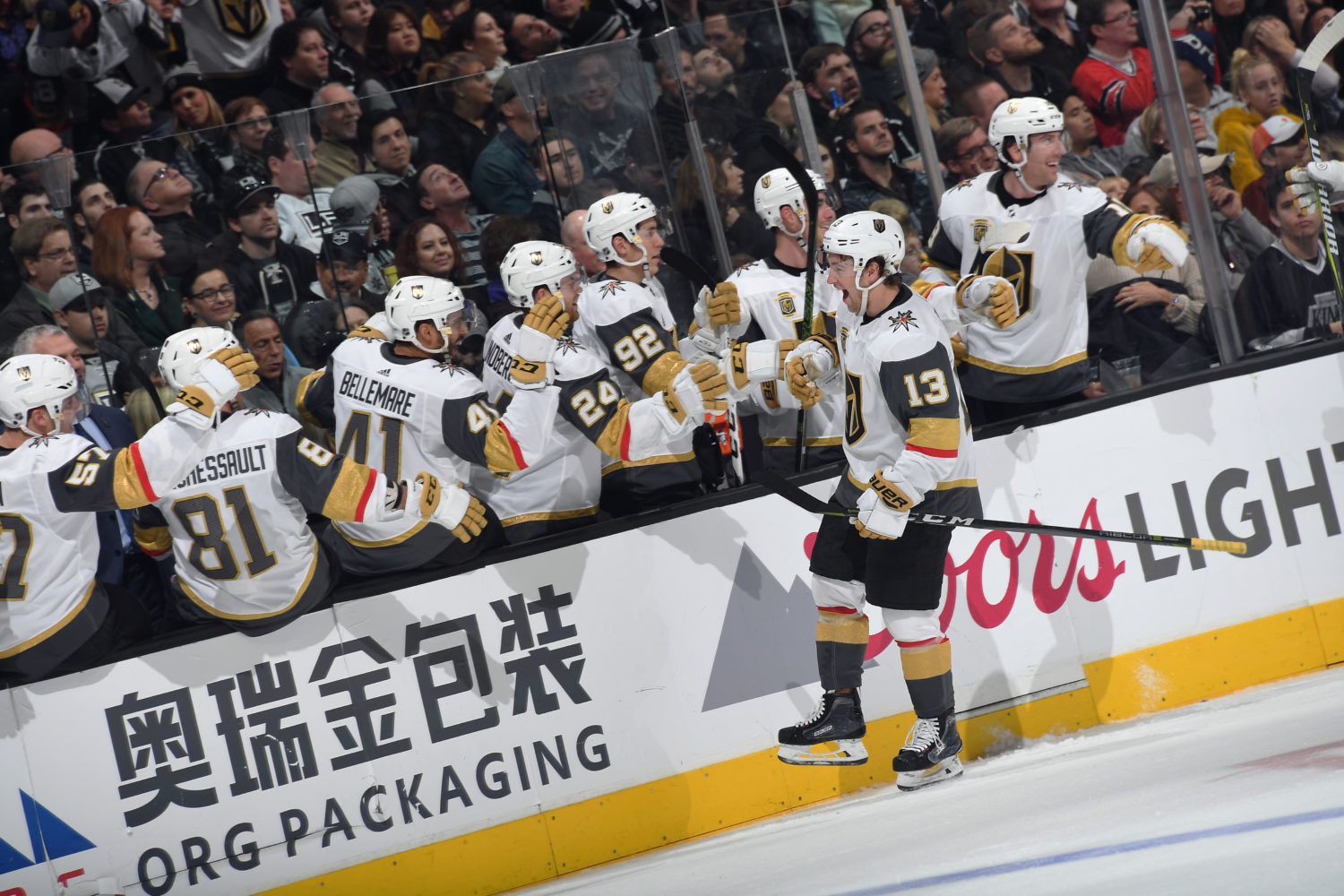 The Los Angeles Kings engineered a strong 15-minute open and clawed their way back into the game over the second half of the third period, but the gooey middle of Thursday’s 3-2 overtime loss to Vegas exemplified everything that has been said, written and observed about the Golden Knights this season. They do not cede one inch of the ice, they use speed and body leverage to win toss-up puck battles, they position themselves well in support and relentlessly attack and play with as bought-in of a five-man game as there is in the National Hockey League. This is no longer a surprise; it is reality in the Western Conference. The NHL provided George McPhee the blueprints for a fully equipped (and very expensive) sandbox, and the Vegas GM chose his toys wisely. 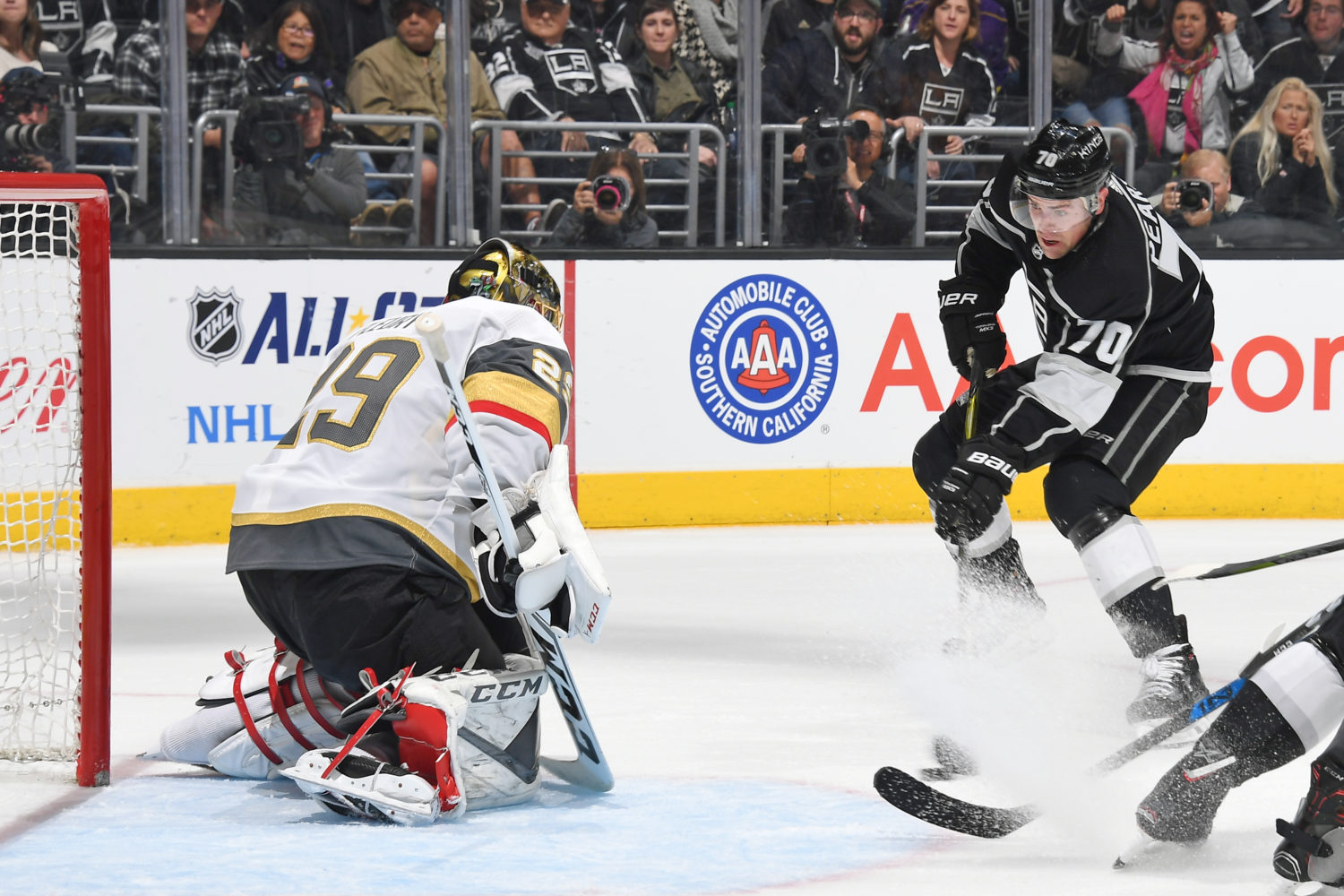 Los Angeles, meanwhile, appeared to be stuck in quicksand over an extended middle stretch of the game. Despite an energetic opening that appeared to be a positive reaction to both the earlier loss in Vegas as well as the sluggish start immediately after Marian Gaborik’s presentation prior to the overtime win versus Colorado one week prior, the Kings jumped on the Golden Knights at the start, allowed hardly a sniff at the net on a penalty kill, and struck first when Marian Gaborik went towards a hard part of the ice and caught a flutter of Derek Forbort’s one-timer even as he appeared to duck out of the way of the shot. It was an impressive start, given that Vegas had already gotten their legs underneath them out of the Christmas break and did not have to get on a plane, change time zones or check into a hotel at two in the morning after Wednesday’s comfortable win at Anaheim. It was not sustained. Between the 15:11 mark of the first period and Brendan Leipsic’s goal at the 11:10 mark of the third, the Golden Knights out-shot the Kings, 26-5. There will be stretches in which Los Angeles instills its will on an opponent, and vice versa, but teams with playoff aspirations simply can’t be so thoroughly pushed back over a 36-minute stretch. The Kings earned a point because Jonathan Quick was outstanding, as he has been all season long. Los Angeles’ league-leading team save percentage of .927 is eight-hundredths of a point higher than the teams whose save percentages rank third. While core skaters such as Anze Kopitar, Dustin Brown, Tyler Toffoli and others have rekindled their scoring touch, and the team has pieced together center options that have hung in there in Jeff Carter’s absence, this is a team currently in a playoff position because of Quick’s performance. I’m not sure if it’s even possible for Quick to replicate the type of season he had in 2011-12, but behind a defense that’s younger and not as deep as the first Cup go-around, he’s produced a half-season that’s to this point his only regular season body of work comparable to what he did six years ago. 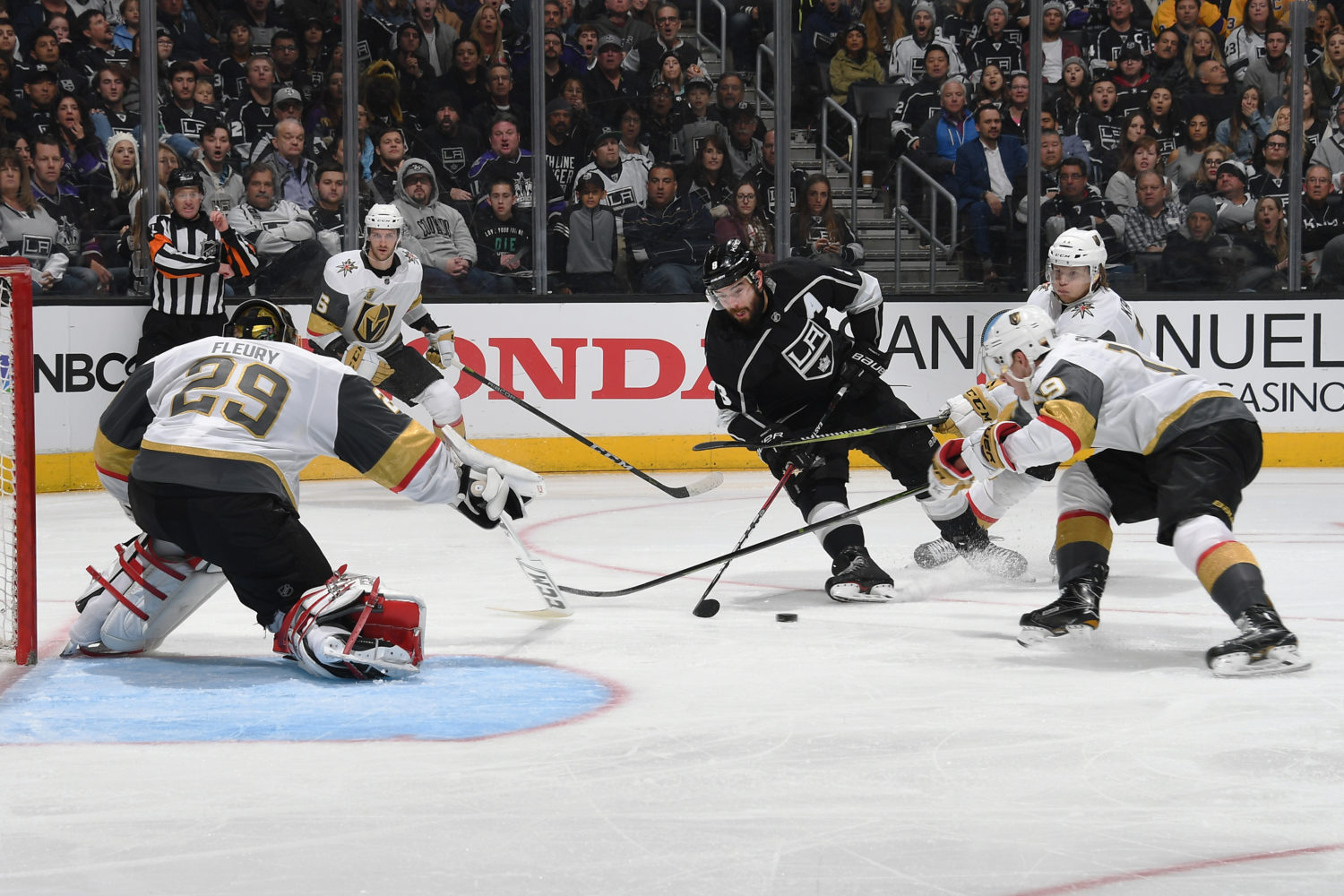 The Kings have made do with their chances to a better degree than recent seasons; their possession rate has dropped to the middle of the pack, while their shooting percentage has climbed to just above the middle of the pack. But with the puck no longer in the opponents’ end to the same disproportionate degree as in recent seasons, and in games such as last night’s in which the team goes rogue and struggles to effectively forecheck and get its north-south game going, it will be forced to defend more. This means more penalties will be levied against them. Since Thanksgiving, Los Angeles has received more power plays than its opponent five times, even power plays once and fewer power plays than their opponent 10 times. And with the excess time spent in the defensive zone, more mistakes will be made, and those mistakes are more likely to be costly. There were also forwards who were challenged in clearing the zone and keeping the puck away from dangerous areas, but the Kings were either marooned in Belize (on Vegas’ first goal, when neither Jake Muzzin nor Kevin Gravel were in-frame when Jonathan Marchessault scored) or unable to use size and punish the opposition when stepping towards Quick, as was the case with Vegas’ second. Again, in context, it all adds to the impressive season Quick has had and, with a half-year sample size, discredits the argument that in recent years his success was a byproduct of the overall team game and Los Angeles’ possession strengths around him. 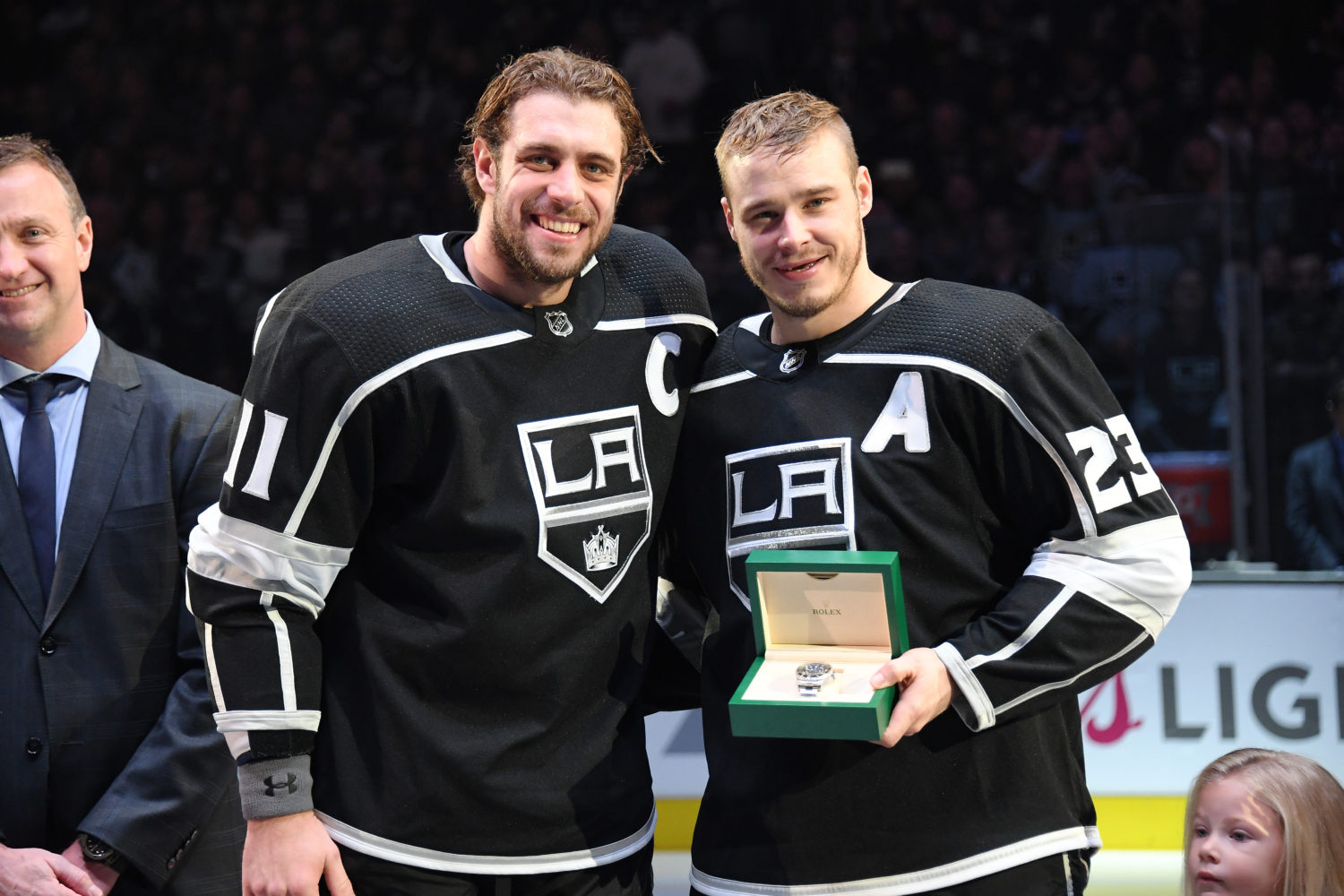