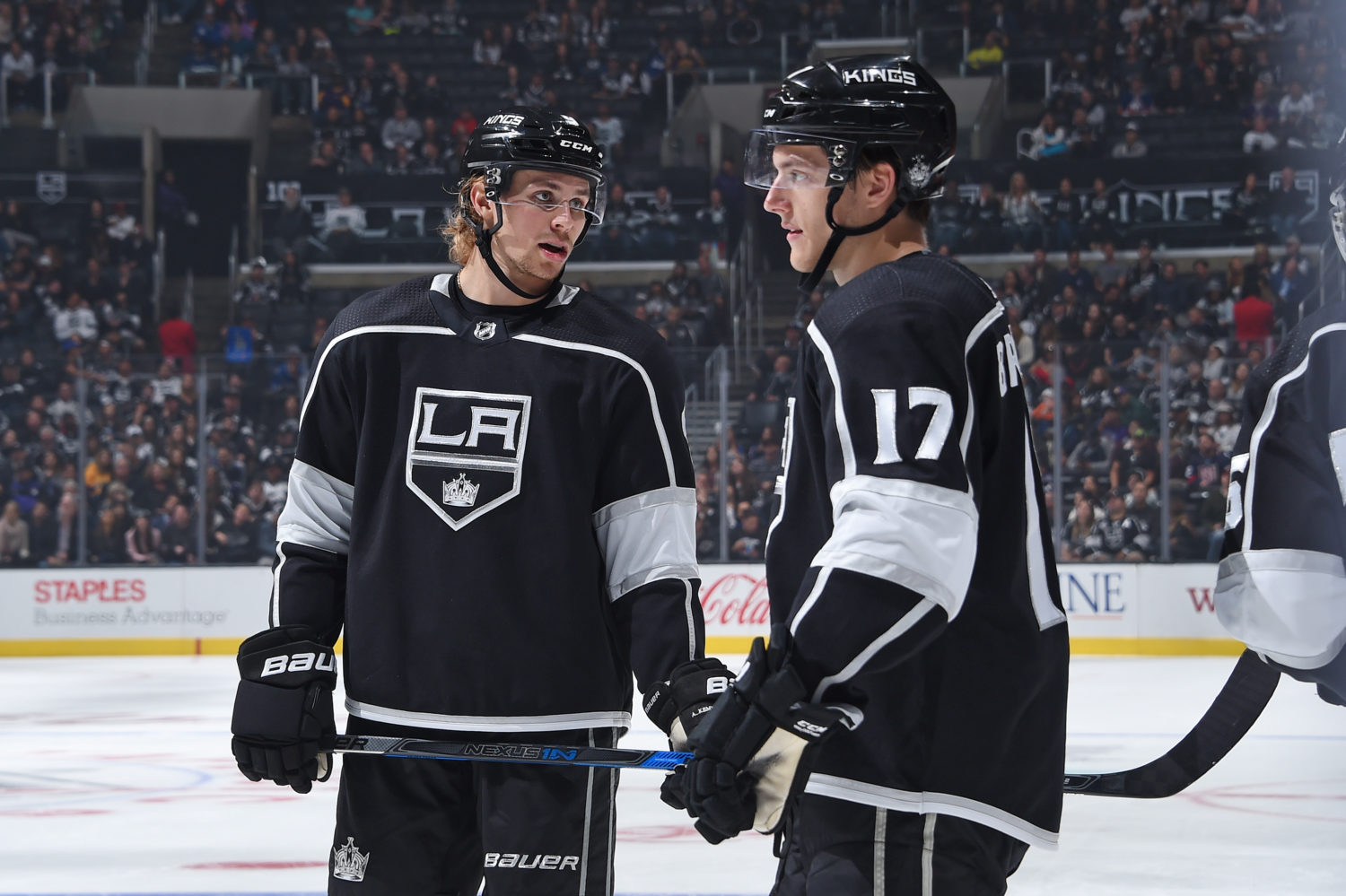 Over the Christmas break, Derek Forbort traveled back to Duluth, Minnesota for a quick getaway. According to the defenseman, it fell to negative-15 degrees during his brief stay.

That’s cold enough to freeze ponds over. When current and former players return to their (freezing) home states and provinces over the winter and reconnect with family and old buddies, there are occasionally impromptu pond skates that represent the timeless bonding between friends, between father and son or daughter, and between players and the nostalgic love of lacing up skates and playing a game for fun.

Hockey is fun, and in the case of homecoming pond skates, can even provide a break from high-level hockey (although Forbort didn’t get on the ice during this particular trip home). He did, however, get a needed breather from 119 consecutive games played since the beginning of his 2016-17 campaign, which was technically his rookie NHL season.

That’s pretty impressive. Forbort, the final player from the 2010 NHL Draft to play an NHL game, was inserted into the first game of his “rookie” year – he also played 14 games in 2015-16 – and hasn’t come out of the lineup since. He’s been dinged up, and there have been periods in which his consistency has waned, but he averaged 20:07 per game last year and has reinforced that with a 20:58 average in 2017-18.

“I mean, there were maybe a couple games here and there where maybe you just don’t have your legs and stuff, but I think that’s when it’s important to be good mentally and do the little things right when you don’t have it,” he said. “So, that just comes with being consistent. Like when you know you don’t really have the legs then you really have to be on your game mentally and focus on the little things that you have to do to help the team win.”

As Forbort alluded to, and as others have noted, the physical grind isn’t necessarily as intense as the mental grind over 82 games.

“It’s fun playing all these games,” he said. “It’s way better than college when you practice for five straight days and then play two games.”

Forbort never played more than 42 games in any of his three seasons at North Dakota, but after spending a 74-game season and a 67-game season in AHL-Manchester, was able to build the bridge between the collegiate and professional schedule.

“I’ve always heard the argument, ‘college players, they don’t play enough games,’ and even though it was the American League, the lockout year, 04-05, we had RJ Umberger come into our team and play 101 games,” John Stevens said. Umberger, an Ohio State product, totaled 75 points through the regular season and playoffs in his pro debut under Stevens. “We won a championship that year. He never missed a game and was a good player for us. I think it just really requires preparation and focus. Just because you haven’t seen it before doesn’t mean you can’t understand it and manage it. We’re aware of it. Make the kids aware of it. Talk about rest, talk about taking care of themselves, talk about recovery mentally and physically. Spend the time they need, make sure they get the rest they need. I think there are guys like that.”

One of them could be Kyle Clifford, though the rugged forward played a junior schedule and topped out at 66 games as a 16-year-old with the Barrie Colts in 2007-08. But Clifford was a player who literally fought his way onto the team as a 19-year-old, and when injuries depleted Los Angeles’ forward group when they faced the San Jose Sharks in a playoff series that spring, tied for the team lead with three goals and five points in six games.

“Preparation is a huge part of this league,” Clifford said. “If you’re ready to go mentally and physically, then you’re definitely going to have more success. You know, I think it was the first time playing in the playoffs in the NHL, so it was exciting and I had a lot of adrenaline.”

Clifford also fought Ben Eager in that series, the last of his 22 fighting majors between the preseason, regular season and postseason, according to hockeyfights.com. Though he was taking on all willing combatants, he doesn’t quite recall any prevalent feeling that he was playing a regular role on an NHL team.

“I can’t pinpoint what game it was, cbut I think you’ve got to learn real quick how to carry yourself as a professional,” he said. “And, you’re up here to contribute, to help the team win. So, I think that’s where you kind of have to focus in and get ready and learn from the veterans. And, you know, you’re always learning. Even to this day I’m still learning from the veterans, but I think you learn very quickly.”

Another rookie to take advantage of an opportunity this season has been Adrian Kempe, who flirted around with some Calder Trophy speculation before settling in as a 21-year-old high-speed, high-skill player who backchecks and has been responsible at home and on the road. He only has one goal in his last eight outings, and is yet to demonstrate the ability to win a faceoff regularly, but with 11 goals and 18 points in 36 games, he’s clearly a valuable presence who has provided needed minutes down the middle of the ice in Jeff Carter’s absence.

“After the first couple of games when I started playing better, I felt like I got more confidence, started scoring, and I think the team’s been playing good all year, and that builds confidence for the entire team,” Kempe said. “And that’s when I mean: you get more confidence and you get to know the game and the guys a lot more. There’s not probably a special moment that it happened, but I think it comes along over the entire season, and it’s probably going to keep building on.”

Success is a powerful catalyst; in the game Carter was injured, Kempe registered his first career hat trick. He scored in three of the four games that followed.

It’s a discussion spurred by a conversation Stevens had with MacDermid, Iafallo and Kempe over breakfast several weeks ago when he noted that, “if the season ended today and started tomorrow, you guys wouldn’t be rookies anymore,” referencing the 25-game threshold that rookies must surpass to drop their official moniker.

“I know those guys had time in the American League, but the NHL is a different animal where you’ve got to play at a high level every night. You’ve got to practice at a high level every day. We had Tanner and Tyler come in and give us big contributions as young players to help us win Cups. Earlier in ’12, Lewie did it. You can look at Guentzel last year for Pittsburgh. Nobody expected him scoring more as an NHL player than he did as a college player. I think the game has changed, the way these guys prepare, the way they come along, the way they mature, how skilled they are, how their training is when they come into the league. It’s far ahead of what we used to be years ago, so with that, the expectations of the performance of those guys this time of the year is a lot higher than maybe it used to be.”