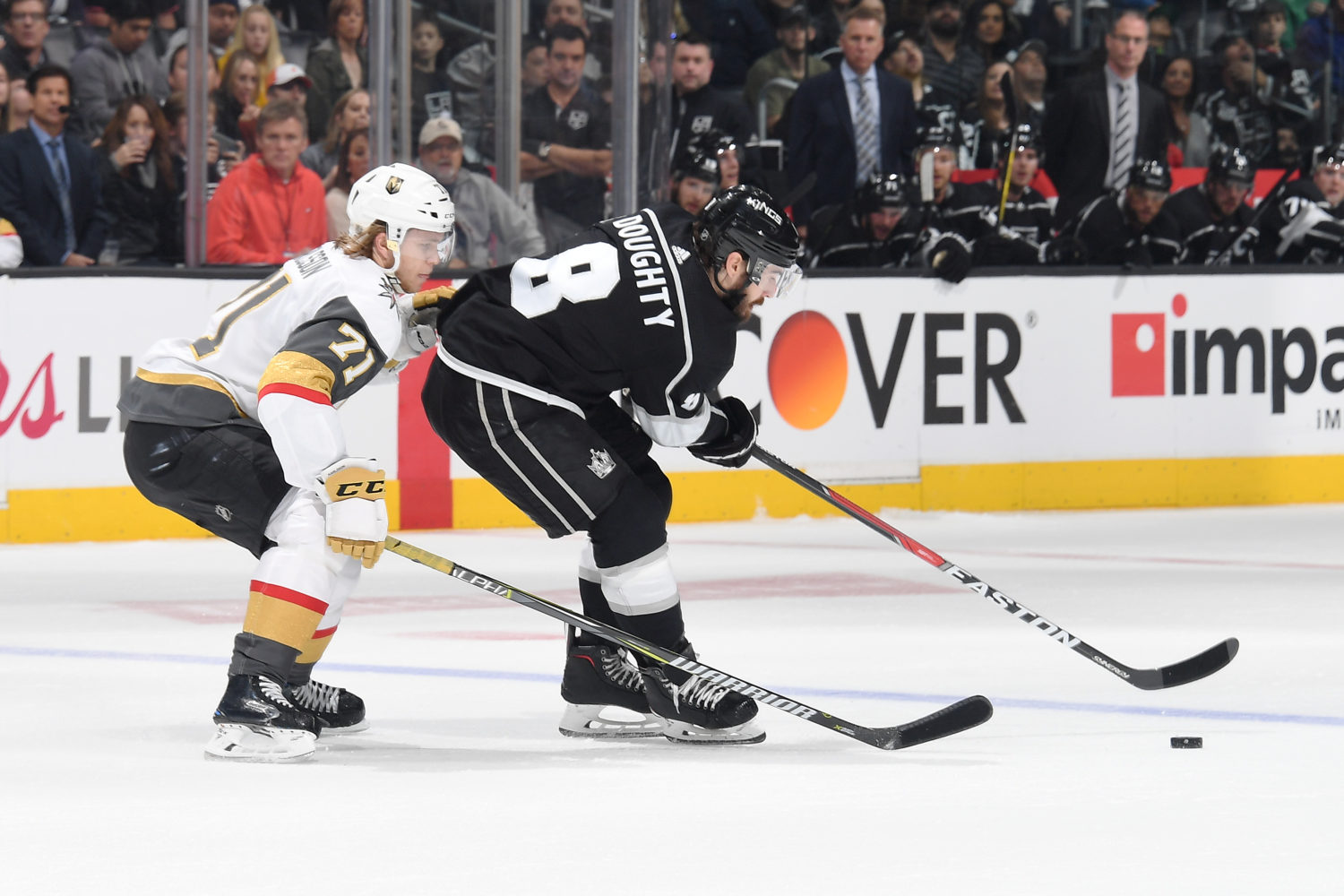 Drew Doughty, on getting one point from the overtime loss:
We got lucky, I think, when we got the point. Quickie had to obviously play well again. They outshot us by a pretty big margin, and we had a really, really bad second period. I don’t know. In some ways I don’t even think we deserved a point. We’re obviously kind of lucky and happy now that we got it, but that wasn’t a very good performance by us.

Doughty, on Vegas’ five power plays:
Yeah, that’s too many penalties. Whether we agree with them or not, we’ve got to stay out of the box and stay in the refs’ good books. We were bitching and whining way too much, and that’s why we’re getting penalties called on us.

Doughty, on how good Vegas is firsthand:
They kind of had the advantage tonight, if you ask me. They played last night. After that four day/three day break it’s nice to kind of get a game under your belt, because I felt that we were a little sluggish to kind of play tonight for the first two periods. They just forecheck you and they frustrate you with their forecheck. You make turnovers, they get chances out of it, but there’s no way they’re going to be a better team than us by the end of the season.

Doughty, on whether the team was motivated to have better showing than the road game at Vegas:
Yeah, we weren’t very good in Vegas, either. They’re going to become a team that we play a lot with the years coming forward. It’s a rivalry that I’m sure will begin pretty soon because as the game kind of went on there, it started to get chippier, guys were chirping more at each other, it was becoming more physical. We haven’t beat Vegas yet. We’re 0-for-2. I think we’ve got two or three more meetings left, and we’ve got to win all those.

Muzzin, on still having a chance to win the game in overtime:
Yeah, we had some chances in OT, it just didn’t go in. They had one and found the net. It’s a close game. Without our goaltender, I don’t think we were in OT to begin with. But we’ll take a point where we can.

Muzzin, on whether he envisions that a rivalry will develop:
Yeah, two competitive teams going at it. Hits, scrums, they’re all part of the game. We see each other a lot, so I’m sure it’ll continue.

Muzzin, on finding Drew Doughty for the game-tying goal:
Yeah, he made a good play. Found the seam. Lucky to hit him, and found a way in. They had a broken stick there, so we kind of had a little more time and space with the puck, so we found a seam and got a goal, which got us into overtime. It was big. [Reporter: Were you looking specifically for Drew on that play?] I’m looking for anyone, really. I saw a lane there, and then I just saw him diving in there, so I threw it to him. It was a good tip.