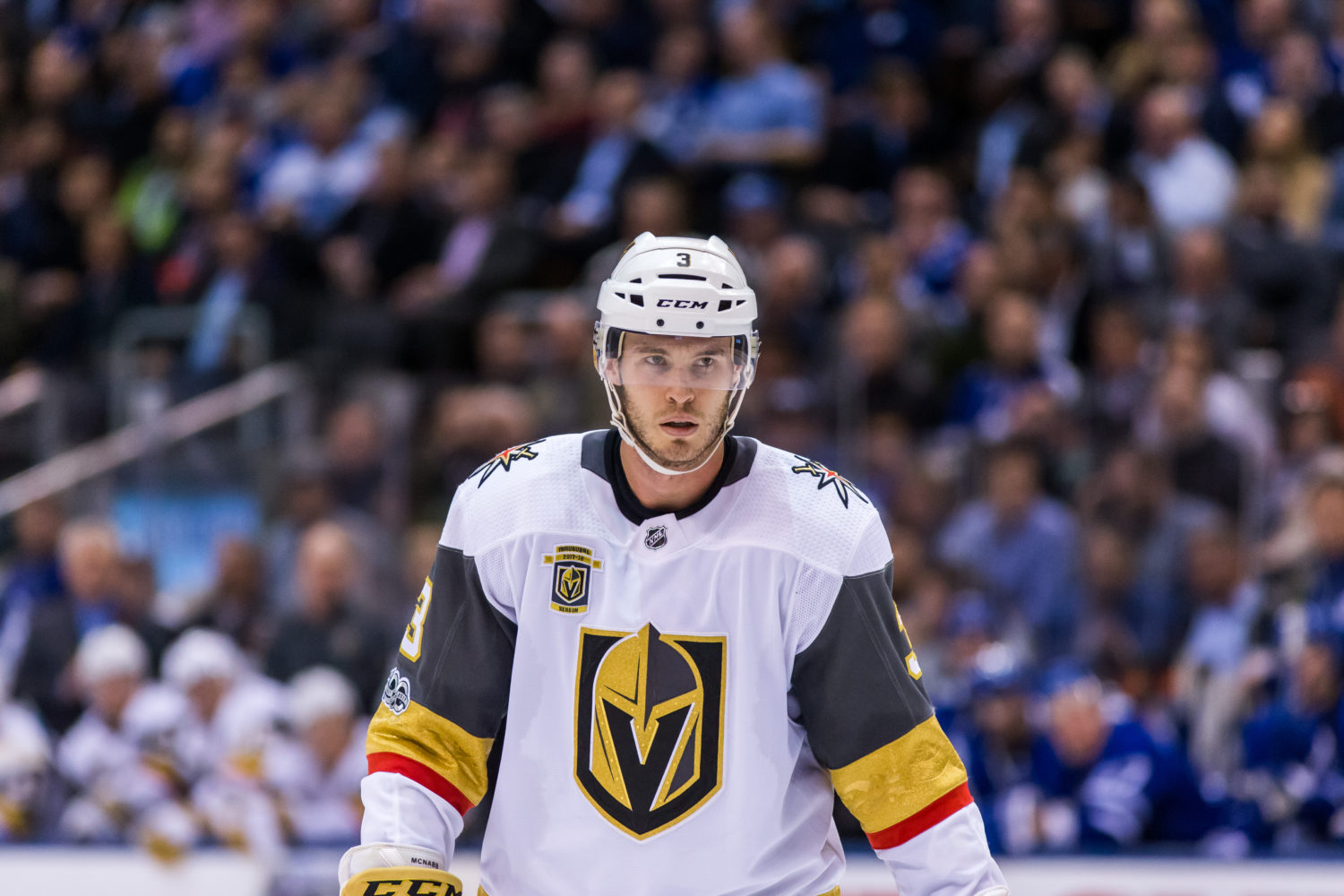 On Vegas’ performance in Anaheim last night:
Impressive. I thought Anaheim was the better team early, and Vegas, as soon as they got their feet on the ground, kind of took the game over. They work, they skate, their five-man game is as good as there is in the league, and they just keep coming. They spread their minutes out between 13 and probably 17 and a half minutes, so they play with pace all the time. I think their D-men, the most they play were 22 minutes. I actually think that game last night will help them today, because nobody got taxed too much. They’re back up to game speed, so we’re going to have to be ready for an impressive performance on the road.

On nearing the halfway point of the season, and whether that’s an important mark in the schedule:
We’ve actually looked at the breaks as their own little segments, so Christmas was the first spot, and then we’ve got Christmas to the five-day break, five-day break to the All-Star Break. I think it gets a little overwhelming if you look at the season as a whole sometimes, or even half-and-half. That’s why we try to break it down into segments. We look at key points during the year, road trips – those long road trips are key points. These breaks, just because they’re unique parts of the schedule, the breaks are the breaks, so get your rest when the breaks are here, and let’s make sure we’re totally dialed in to work in between those breaks. That’s the way we’ve looked at it, and then the stretch drive coming out of the All-Star Break. That’s basically when you dig in, you lock it in, and you’re in it to the end.

On whether Kurtis MacDermid and Oscar Fantenberg are progressing to his expectation:
Well, I think those are two different guys. Dermie was probably the biggest surprise making our team out of training camp. Oscar, we’ve liked some of the stuff he’s done. We just want more consistency in his game, but we know the schedule, the way it is, you’re going to need more than six healthy defensemen and totally different types. I think Dermie continues to get better as a player. I think his defending and his puck-moving gets better, and he brings a real element to your team. Oscar’s played some real solid games where he defends well, moves the puck well, but I’d just like to see a little more consistency in his game.

-One excellent answer towards young players’ acclimation in their rookie season will be withheld for a story that will be posted later this afternoon.
-Lead photo via Kevin Sousa/NHLI