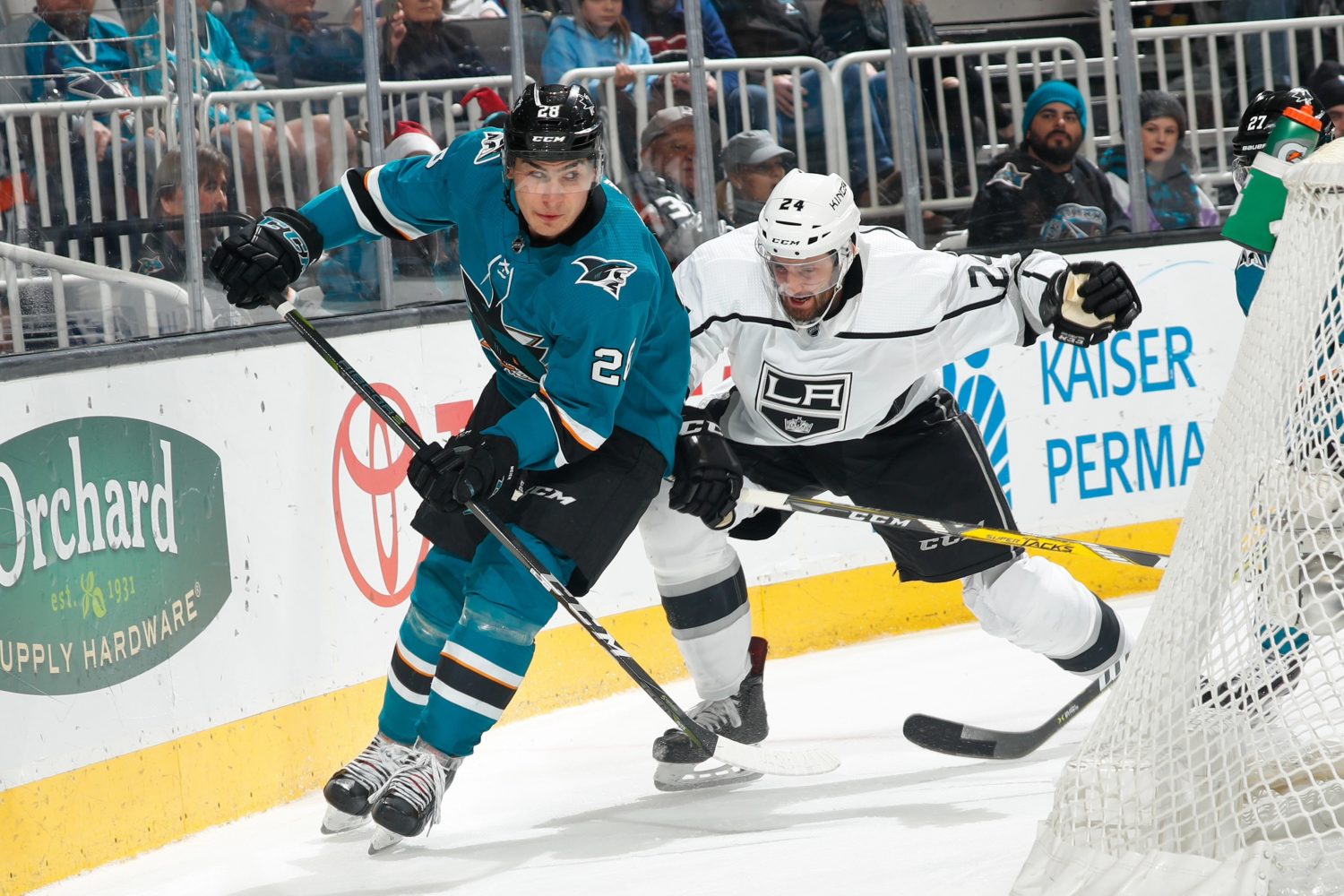 On the loss:
I think it was a pretty even hockey game. I think it was a man’s game out there tonight. I think the ice was contested pretty much everywhere. We were just having a discussion there. … We played Colorado the other night. They defended really hard. You play Anaheim, they defend really hard. San Jose, another defensive team in the league. They don’t give anything for free. The thing I don’t like in a game like that is the power plays are lopsided, and quite honestly, we’ve had those discussions there. I think we di our part in terms of playing hard. It was a tough game. I thought we created some good looks. When we did, Jonesy was really good. I thought Jonathan, he gave us a chance to win the hockey game. We just needed a littler more. A little more from more.

On still being in a good position, standings-wise, even if there is more work to do:
I agree with you, but if we all sat here in September and said, ‘if we get to the All-Star Break, and you’re tied for first place in the conference and you’re tied for first place in the division, dealt with some adversity, got a lot of quality play from our young players, I think we can be happy with where we’re at in terms of the standings, but I think we really have to be honest that we have a lot of work to do. But this group has been honest with themselves from Day One. I think they’re a group that works really hard to get better, and I think the one thing, if I had to put a finger on them, the one area we were probably most please with was the leadership of our hockey team. I think those guys are tremendous. I think they’re the guys that can continue to lead us to a path to get better as a group. Kopi, Jonny, Brownie, Drew, you go down the list – those guys have been tremendous, and I think we’re excited with where they’re at at this point of the season.

On reasons behind Jack Campbell’s emergency recall:
A couple. There’s been a flu bug going around there. We just didn’t want to take any chances. A couple guys were not feeling 100%, so we just didn’t want to take a chance there on the back end. He wasn’t playing tonight. He played last night. It was fairly easy to get him here, so we didn’t want to put ourselves in a bind. We figured just get him in, we’ll get him back, and we’ll make sure we’re covered. [Reporter: Quick played awfully well in this game. Was he playing through something – an illness?] Nope, no. Jonny’s good. If you take the Vegas game out of the season, I’m not sure you could fault him at any point. If you looked at our players, and they had one night where they weren’t on top of their game, I think we’d all be ecstatic. Jonathan’s a really well-prepared athlete. He was in the rink last year four days after the season working out because he was anxious to get going. Jonny’s a workhorse, and he’s been tremendous.