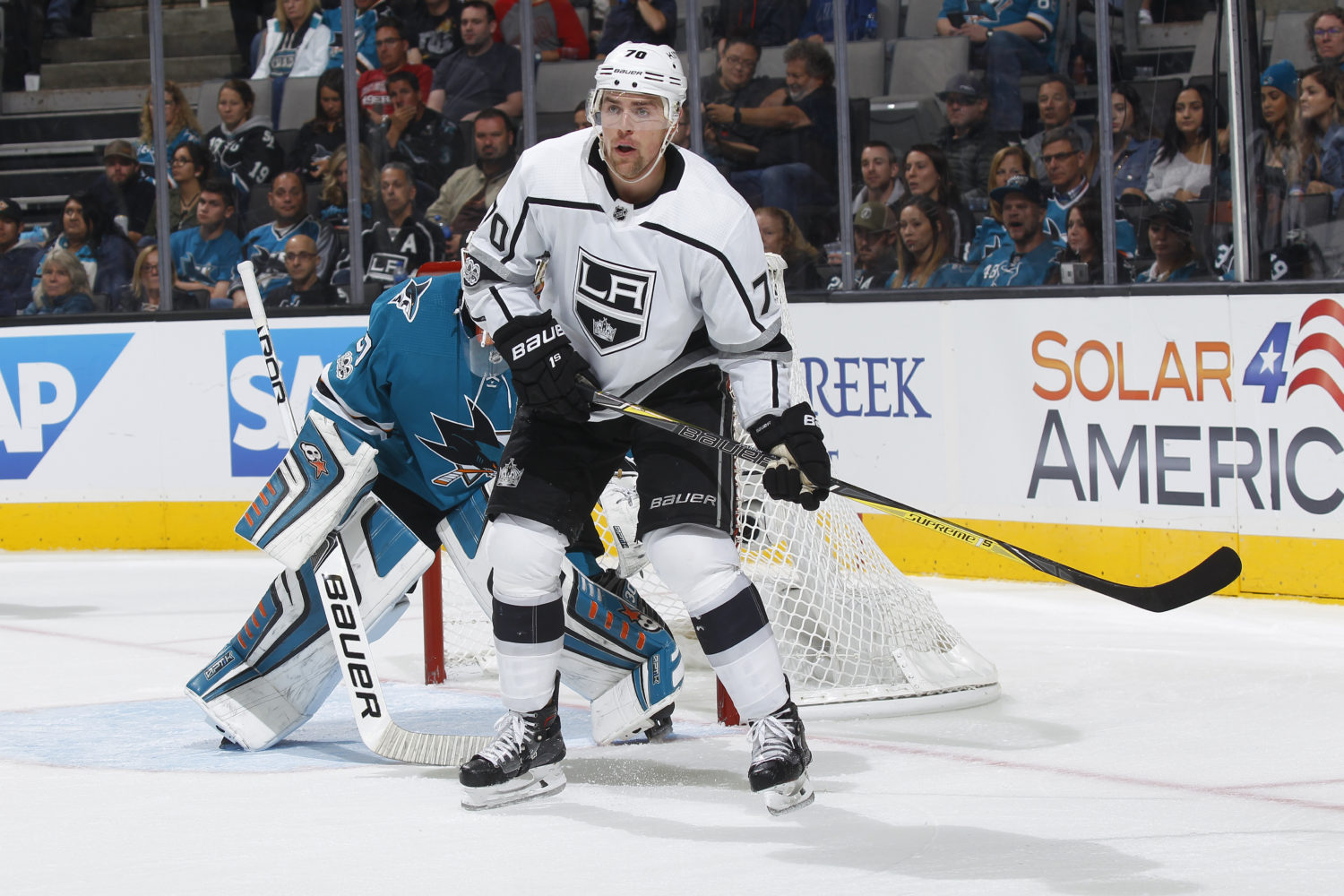 On his evaluation of the team, and whether he’s happy with where the Kings are at:
We’re extremely happy with where our team’s at. We talked to the group this morning. We have an opportunity to go into the break – nobody wants to talk about the break and the holidays and everything, but it’s real. These guys have played extremely hard, and we have an opportunity to try and get a big win within in the division to finish in first place in the Western Conference. A lot of work’s been done to this point. There have been a lot of good things, a lot of things that have surfaced that needs to continue to be improved up, but I think our overall team game’s been sound. I think the leadership of the hockey team has been really sound. I think play and experience of play in some key situations is really going to help us in the long run, and I just think our best players have really been our best players and have allowed our young guys to flourish. I think there’s lots to like about the first half. I think the preparation and the intention to do the right thing from our group has been there every night, and that’s probably one thing that I’m most excited about. The execution isn’t always there, but the intention to do the right thing has been there, and the commitment to the team game has been there, so I think that’s something we’re going to continue to build on.

On when younger players stop deferring to older players in their process of maturation:
Well, for us it was almost right away. I mean, there’s key situations that had to be assumed by other people right away. Our guys were having breakfast a couple weeks ago, and we were talking to MacDermid and Iafallo and Kempe and said, ‘if the season ended today and started tomorrow, you guys wouldn’t be rookies anymore.’ I think it’s 25 games, right? So why do you guys get to be rookies for the rest of this year? To me, you shouldn’t be. You’ve got enough experience in the league, you guys have got a good idea of what’s required in the league to have success and we expect you guys to play like veterans. It’s not easy, but I think we’ve been fortunate where we’ve been able to put some young guys with some veteran presence. We’ve got Kempe most of the time with Toffoli and Pearson, which has really helped you, Iafallo with Kopitar and Brown, which has really helped, and some of our young defensemen that are a little inexperienced can play with Muzz, Drew and Marty. I think, and I know I keep saying it, but I think our leadership group has done a tremendous job in helping those young players perform.

On whether he’d like to reduce Anze Kopitar’s minutes, or whether he’s happy with where they’re at:
I think for the most part we’re happy. I think Kopi is probably more of a concern just because he takes a lot of faceoffs and plays in all situations. I think Brownie’s right where he’s going to be. He’s a 19, 20 minute guy, he’s a primary fixture in every situation that we play in. Kopi, a few games, I think his minutes got a little bit high, but I think as of late, probably the last 10 games, it’s been more in line. He’s going to play anywhere from 19 to 21 and a half minutes, I think. I keep saying this through the course of the first half of the year. We see an improved play and pace in Kopi’s game, we can just manage his shift length a little better. So, it’s not so much the number of shifts he’s getting, it’s the length of shifts, and that’s something we’ll continue to work on – not just him, but our entire team. If we can get that number down a little bit so we can be in the high 30’s, mid-40’s, instead of mid-40’s, into the 50’s, I think we’re a better team.

On whether the execution of attempted tweaks to systems and structure has matched his intent:
I think the execution in terms of the way we want to play is taking shape. We’re a much-improved team, five-on-five scoring. The quality of chances we’re getting, it’s not just the Kopitar line. We’ve got some really productive secondary scoring from different spots in the lineup. We like the direction our team is going. I think the quality of chances that we’ve created on the rush is headed in the right direction. If you look at the body of work, there have been some instances where we’ve been really good and not as good. But if you look at the body of work over the course of the first half of the season, we like the direction we’re going. Our idea and understanding of what it means to play faster is really sinking in with our guys, and I think we have a much clearer vision of what the identity of our hockey team is and how we need to play.