Campbell recalled on an emergency basis; Clifford to IR 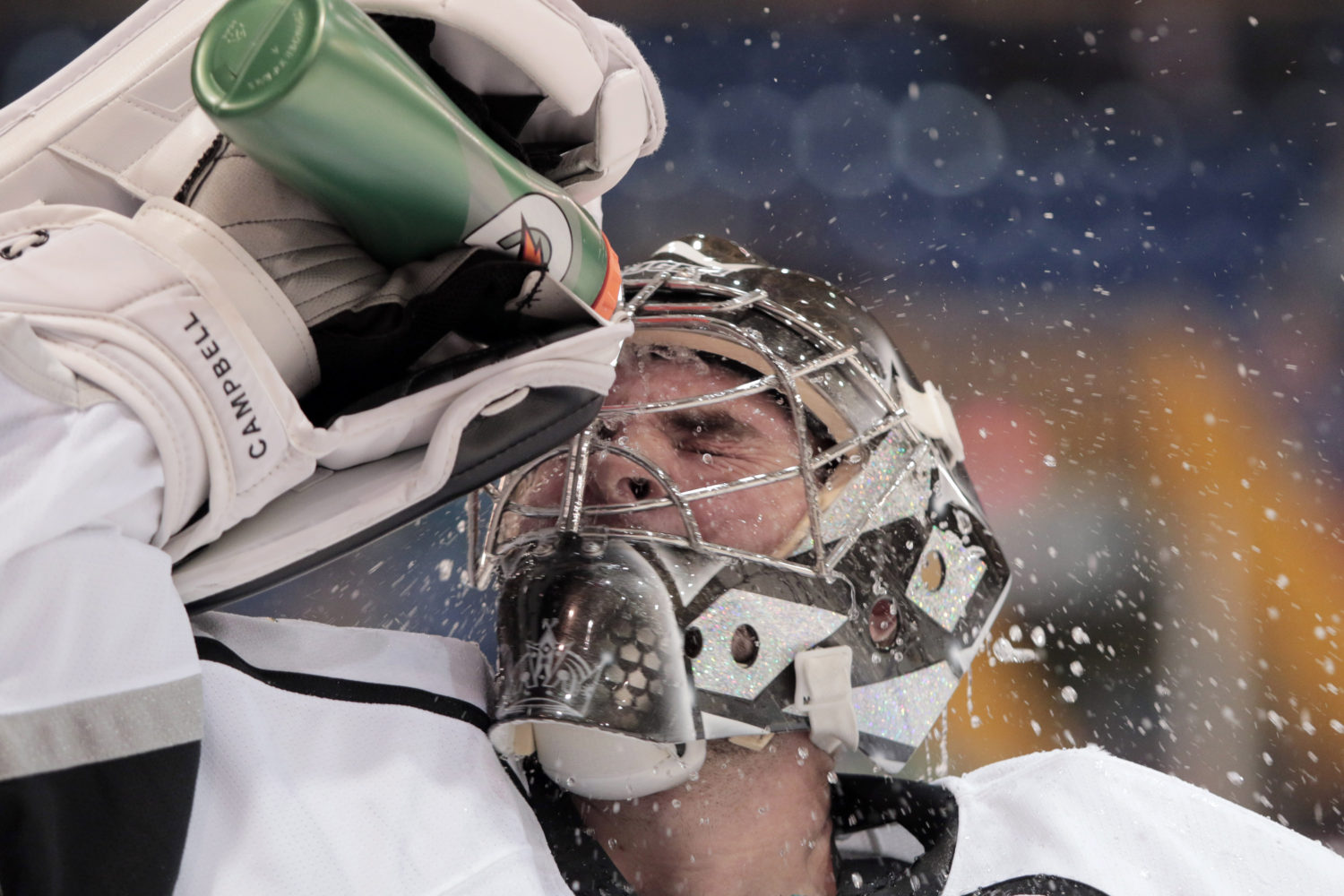 This recall is apparently being executed as a precautionary measure, according to the team, and Campbell is not expected to dress tonight. Both Jonathan Quick and Darcy Kuemper are expected to dress. For what it’s worth, Quick was the first goaltender off the ice at the morning skate and was followed only a few minutes later by Kuemper.

The team has declined to say which goaltender this recall affects. I have an email into the team asking for a little bit of clarification, but I’m not expecting it to be returned prior to warm-ups. All the questions you have at this point will likely be answered either during or after the game.

Campbell, 25, is 6-6-2 with a 2.67 goals-against average and a .921 save percentage in 15 games with Ontario this season. He stopped 31 of 35 shots in the Reign’s 4-3 overtime loss at the San Diego Gulls last night. For the rematch this afternoon at Citizens Business Bank Arena, Cal Petersen drew the start, with Jeff Zatkoff backing him up.

Clifford, who returned from a 28-game absence on December 12, appeared in three games on the team’s recent East Coast road trip, but did not dress in Philadelphia or versus Colorado. “Cliffy, I wouldn’t say he’s 100%, but he’s available,” John Stevens said on Thursday.

More to come later this evening…