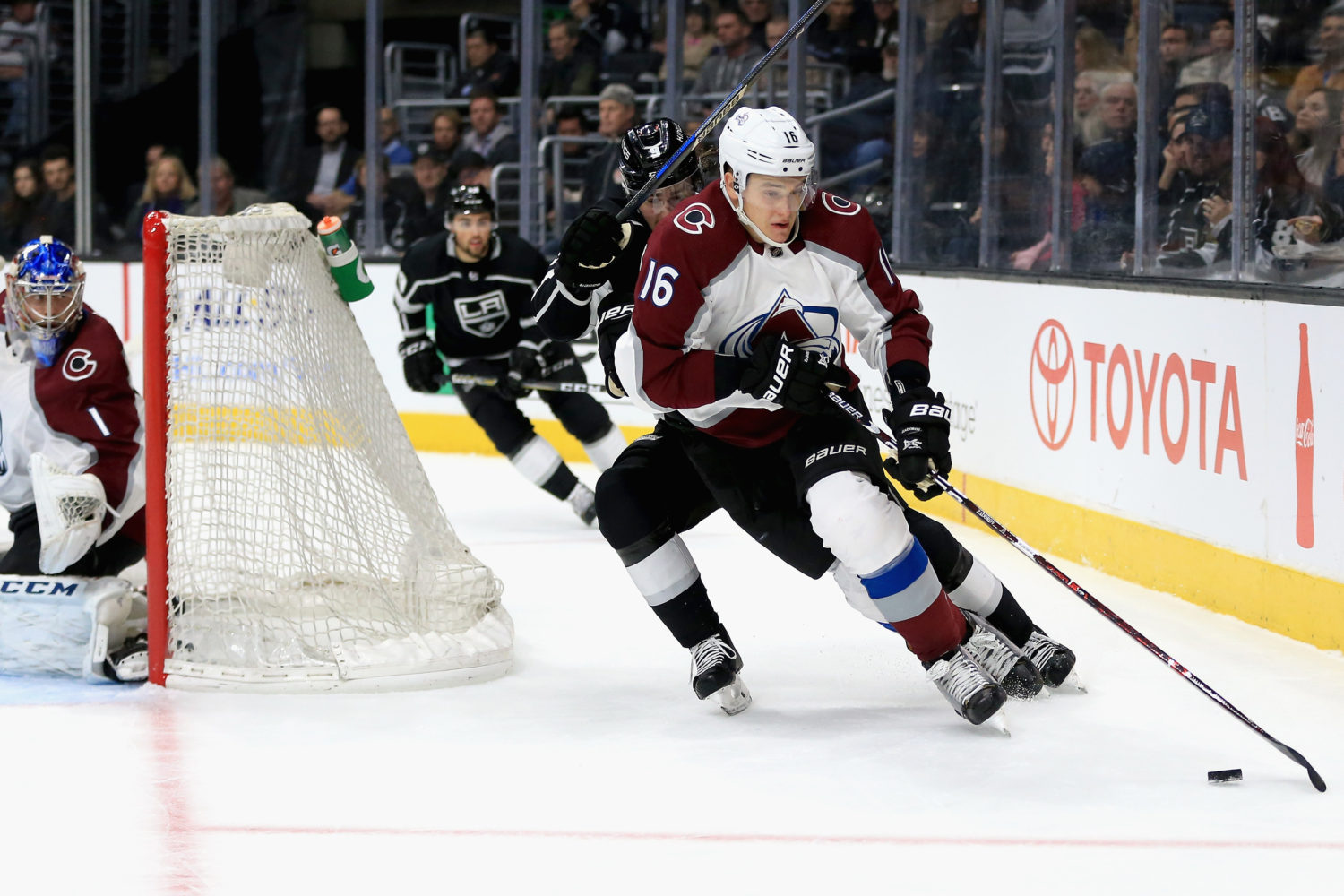 Jared Bednar, on if the loss is bittersweet considering how the team played in regulation:
Yeah, I mean I liked the way we played tonight. I thought we were patient. You know, they made a couple pushes and we did a good job weathering the storm. Had a few of our own. Probably could’ve done a little bit better job of getting traffic to the net. But hey, it was a good solid game by us. A tying goal, they throw it to the net, it has eyes, finds it’s way through a crowd—probably could’ve done a better job of letting Varly (Semyon Varlamov) see that one and seal it out at the net. But for the most part, a lot to like out of that game. Disappointing to only get a point out of it, you know, but we turn the puck over and over tonight and they get it behind us so that’s something we can’t let happen. But the 60 minute game, I thought, was really good.

Bednar, on if he would want to see something different in the three-on-three:
Well, I mean we turned the puck over in the neutral zone and then we started on a change and they got it behind us. I mean you can’t let that happen.

Semyon Varlamov, on whether he liked what he saw defensively from his team:
I thought we played very well today, defensively. We just didn’t score. If we scored a second goal I think we would win this game, but LA is a really good team playing at home. They never give up, they play a full game, so they scored the goal to tie the game. I thought we outplayed them today, actually. But two breakaways on the three-on-three was completely unacceptable.

Varlamov, on the persistence of the Kings:
I don’t know, I kind of felt uncomfortable staying in net without shots the first two periods. But they started shooting more in the third. But I mean areas where it is, sometimes you’re facing four shots sometimes its like 15, 20–you have to stay always focused.

Varlamov, on playing in overtime:
Nothing changes, it’s just more scoring chances, you know, because there’s lots of plays like 2-on-1 like in breakaways so we have to stay really focused. I mean they score on a quick power play goal. We lost the game. It’s kind of upsetting, but I mean we got a point. That’s a positive thing.

Nikita Zadorov, on Varlamov’s performance:
I thought Varly was unbelievable today. He saved us, a few great chances from them. I mean overall, defensively, I think we did a pretty good job. We shut it down almost until the end and they got a couple good goals up there. So it’s good plays. They’re going to get an opportunity every once in awhile, we just, we have to score there. We should be comfortable playing a one-to-one game and then go to overtime they’ve got a great skill and they bear down on it.

Zadorov, on whether the momentum shifted in the Kings’ favor after Martinez’s goal:
Maybe a little bit. We were playing like 50 great minutes before that and maybe we sat down a little bit in our zone you know, didn’t have too many offense up there. But I mean, that’s how the game goes you know when they get a goal they get going, they start skating, they start hitting again. They get their emotion back. But I mean, we shut them down and it’s all in overtime.

Zadorov, on playing against a successful Kings team:
Yeah, but still I felt like we should win this game, you know? We overplayed them and I mean, made a good play in overtime. They scored a goal that’s not like, I’m thinking you can’t give up that chance to them in overtime.