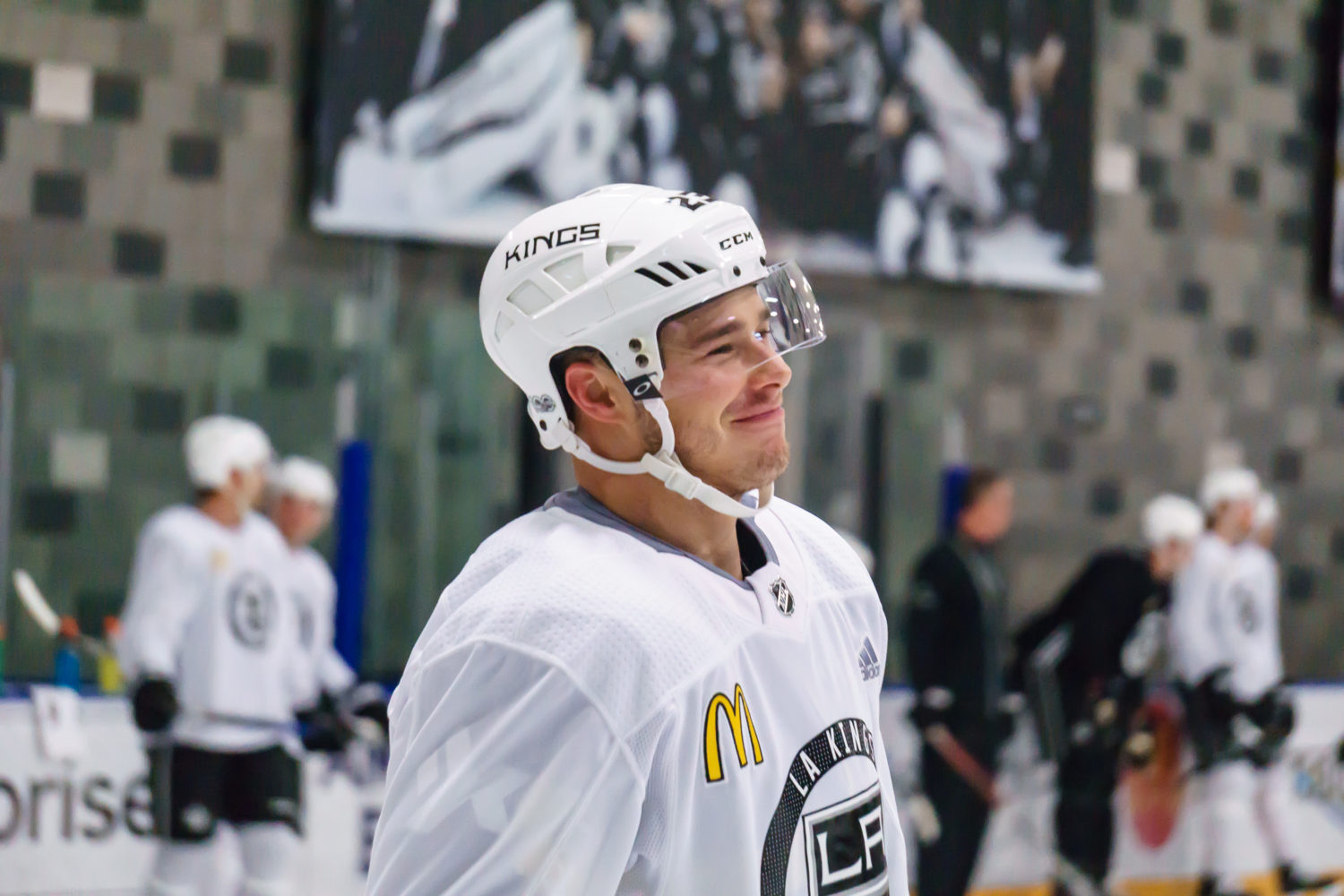 -Jonathan Quick left the ice first and is expected to start in net against the Avs. Kyle Clifford, Jussi Jokinen and Kevin Gravel remained on the ice for extra work, so the above lineup is expected to hold. Though Dustin Brown will play in his 1,000th game – and will be recognized for the achievement tonight – his pre-game recognition and team celebration will take place on December 28 against Vegas. Marian Gaborik will be recognized pre-game for having reached the 1,000-game plateau last week. As noted yesterday, NHL teams honor players with silver sticks in the first home game after they reach their milestone.

-Happy 24th birthday, Alex Iafallo. It’s not always easy having a birthday so close to Christmas, but his mom and sister are in town for tonight’s game and will be able to celebrate with him. His favorite Christmas gifts of years gone by? A GoPro camera, along with the occasional hockey equipment.

As for the on-ice stuff, he was happy with the way the team punctuated its trip in Philadelphia on Monday and was rewarded for hard work.

“Having the right sticks at the right time and everybody having good timing [was important],” he said. “Working out of every zone is huge. Just got to keep doing that, and we’ll be successful.”

-Colorado has made improvements between last season and this season, most noticeably in their offensive output. They ranked dead last in both goals-for and against last season, and while their ability to keep the puck out of their own net is still a work in progress, they’re scoring at an impressive clip. With an average of 3.15 goals per game, they’re producing better than a goal per game than last year’s average of 2.01.

“We feel like we can win any game if we do things the right way,” Gabriel Landeskog told Mike Chambers of the Denver Post. “It’s not like last year, when nothing ever went right and the losses snowballed out of control. We feel like we can play with anyone, and that’s not something we felt last year.”

Vladislav Kamenev, who has appeared in three career games and was part of the three-team trade that netted Ottawa Matt Duchene, is unavailable after breaking his arm in his Colorado debut on November 16. Erik Johnson will also miss tonight’s game as he serves the second game of a two-game suspension for boarding Vladislav Namestnikov on December 16. Otherwise, this is a healthy group.

The Avs should be a good rush team with defenseman Tyson Barrie (4-23=27), who has two goals and six points in his last three games, pushing the pace on the back end. Nathan MacKinnon has four goals and six points in his last three and is tied for ninth in the league (with Anze Kopitar, Claude Giroux and Brayden Schenn) with 39 points (15-24=39). Semyon Varlamov, who is 7-4-1 with a 1.89 goals-against average and a .935 save percentage in his 12 career games versus Los Angeles, is expected to start in goal.

-With much of the talk on defense in recent days about Christian Folin, who is out for the near future with an upper-body injury, and Kevin Gravel, who was recalled from AHL-Ontario, it’s also worth noting that Oscar Fantenberg jumped back into the lineup at Barclays Center, and followed his return with a 16-plus minute performance in Philadelphia in which he wasn’t credited with a shot on goal but did ring one off the crossbar early in the team’s 4-1 win.

But even though he has those offensive instincts and is certainly another equipped option to fire away on the power play, there are other aspects of his game that he’s looking to enhance.

“I felt pretty confident after scoring a goal, but I have to be better in some areas as well, and I want to be as solid as possible in the defensive zone and not just be an offensive guy,” he said.

He’s shown some underrated jam and bellicosity for a player who has spent less than half a season in North America and is known for his offensive instincts, but it’s not really the brute physical play that he’s looking to refine. It’s his positioning in the defensive zone and the need to take away the center of the ice, along with some more fundamental aspects of defending.

“It’s more stick details and more intense stuff that I have to work on a little bit more, but I think it’s something I’m going to be better at,” he said, while also saying that he was encouraged by his recent outings. Prior to facing the Islanders, he hadn’t dressed for six straight.

There are some comparables within the Kings dressing room that have similar skill sets when he’s playing the game that both he and the Kings want him to play.

“If I had to make a comparison, it’s probably a lot like Alec Martinez – a guy that competes very hard, defends really well, uses his skills to move pucks and contribute offensively,” John Stevens said. “Alec’s a good comparison, a guy to emulate. Oscar, we’ve liked him all along. I just think that sometime the defending, if he could just be a little harder defending, killing plays, staying on the right side of people. But he’s done a pretty good job with us.”

Tonight, that will mean facing the Avalanche while playing his off-side. With Folin’s injury, the Kings have only one right-handed defenseman in Drew Doughty, and three left-handed defenders in Martinez, Gravel and Fantenberg who have experience playing their off-side.”

Martinez has the most experience playing on the left. Fantenberg gained some experience early in the pre-season while he was also finding his North American footing. There are adjustments in breaking the puck out, looking over the correct shoulder and occasionally picking pucks off the board on his backhand when he plays on the right side.

But those are smaller details. Fantenberg, who turned 26 at the start of the season, is technically still a rookie, but one who has eight years of professional experience in Sweden and another year in Russia. There might not be a sky-high ceiling towards his development, but he’s coachable and able to make improvements in his game while remaining a power play option.

“It’s just like any young player, and I consider him a young player, based on experience,” Stevens said. “We’re just looking for some consistency in his game. I thought he came in the other night and gave us a good, solid game. That’s what we’re looking for from him.”

-Tonight’s Kings Weekly looks back at 2017, featuring the year’s top moments on and off the ice, and that includes Bob Miller’s final game. There’s also an extra from the Black and White series on the outdoor practice in Central Park. A preview, courtesy of FOX Sports West: 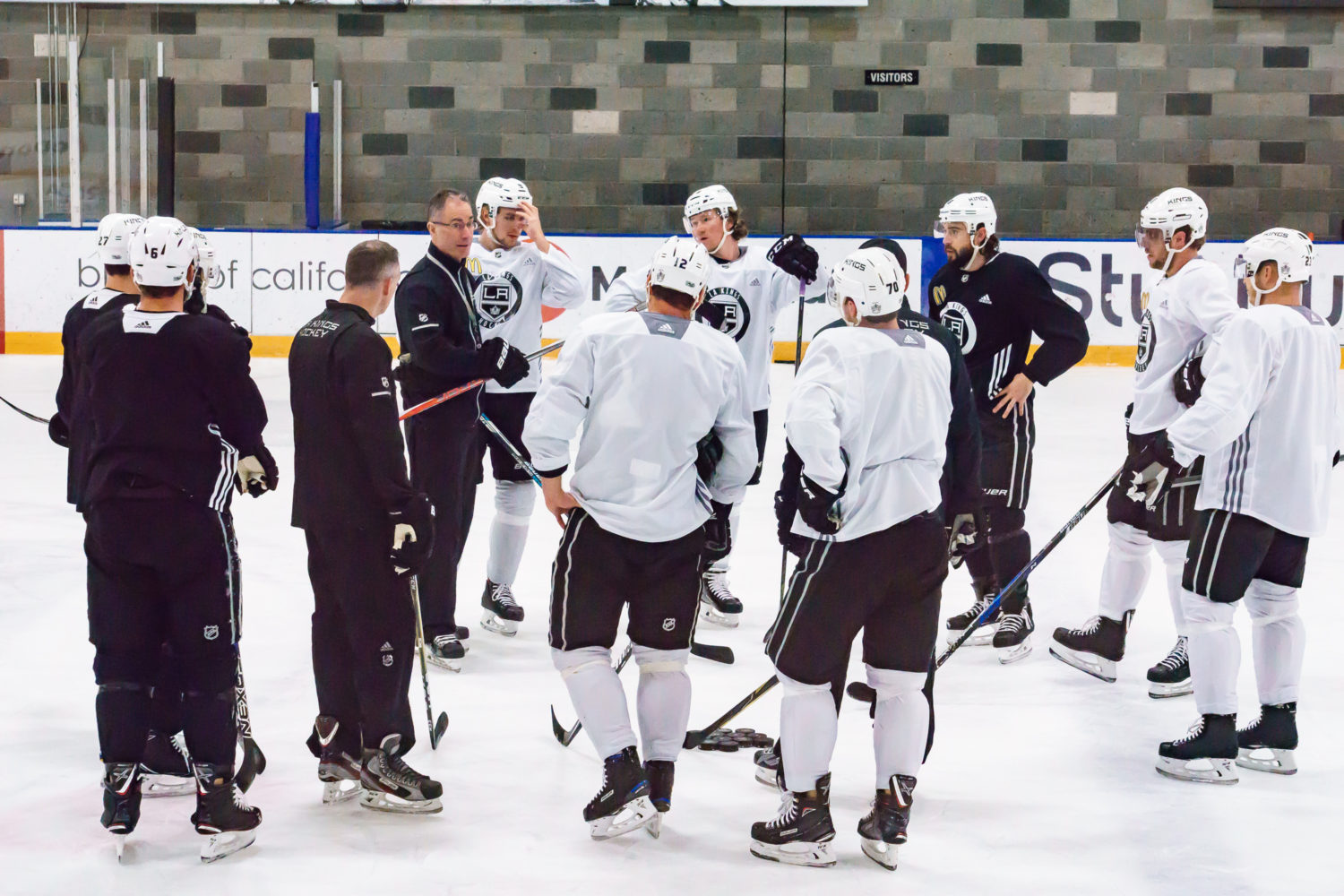 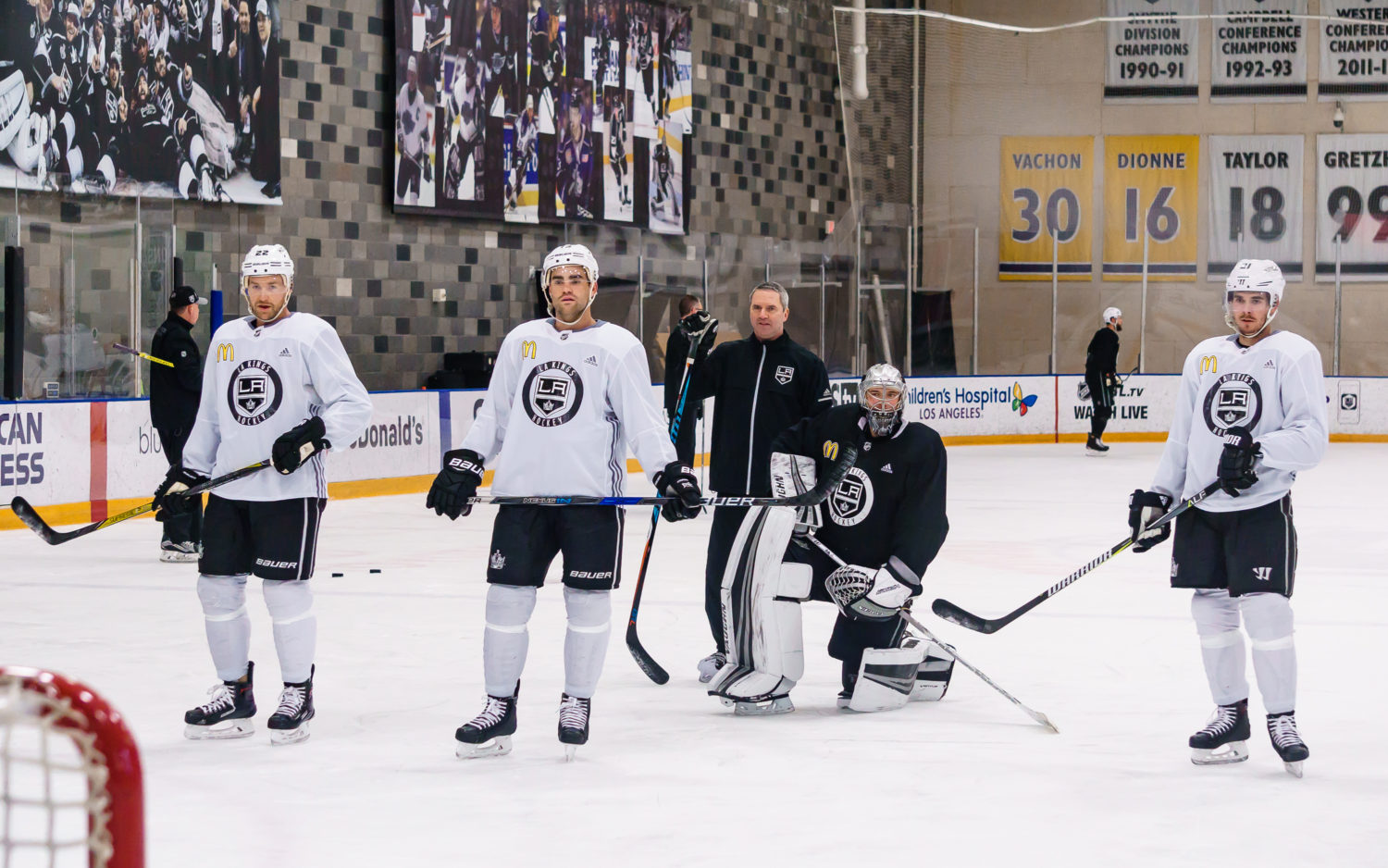 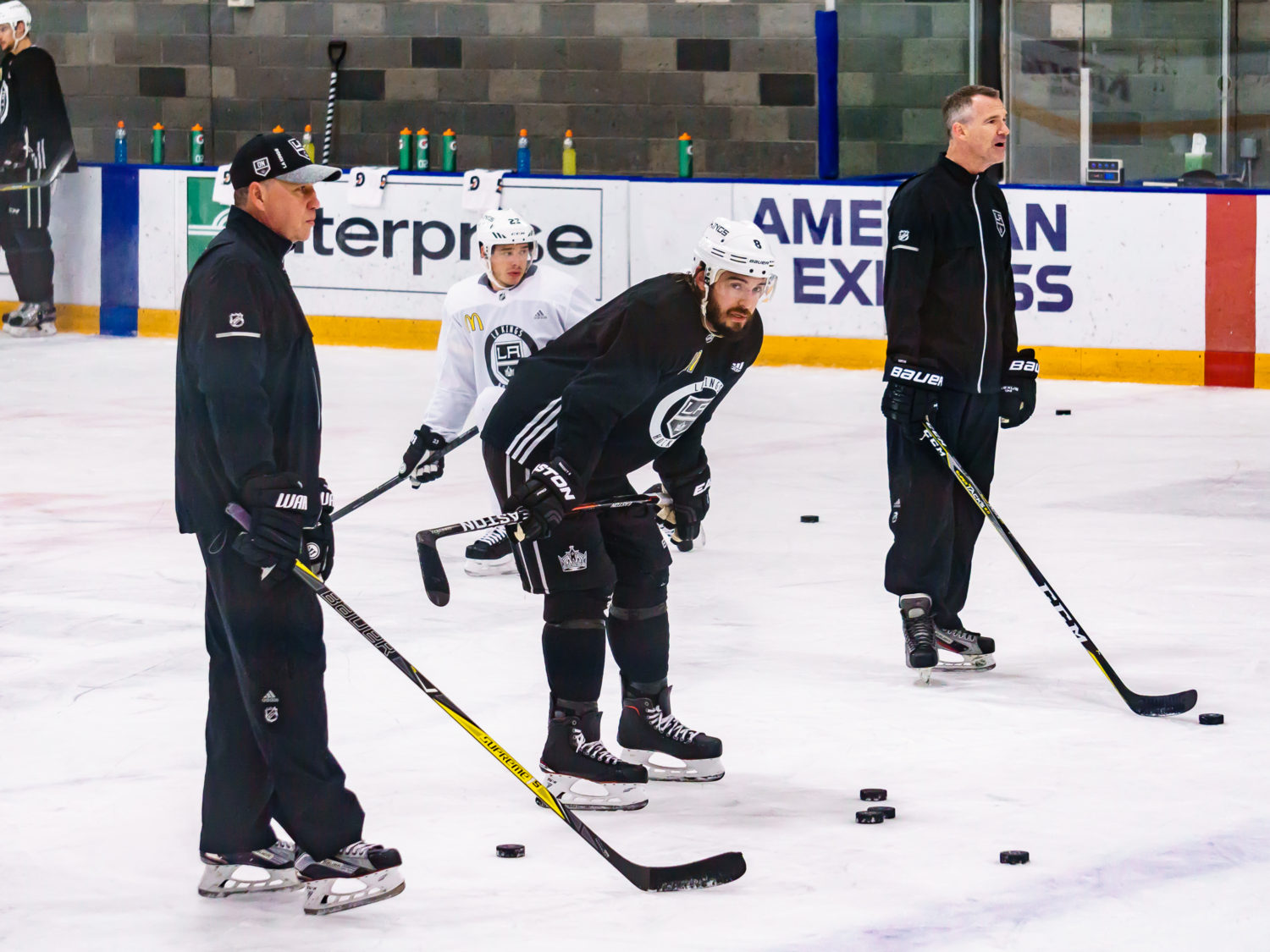 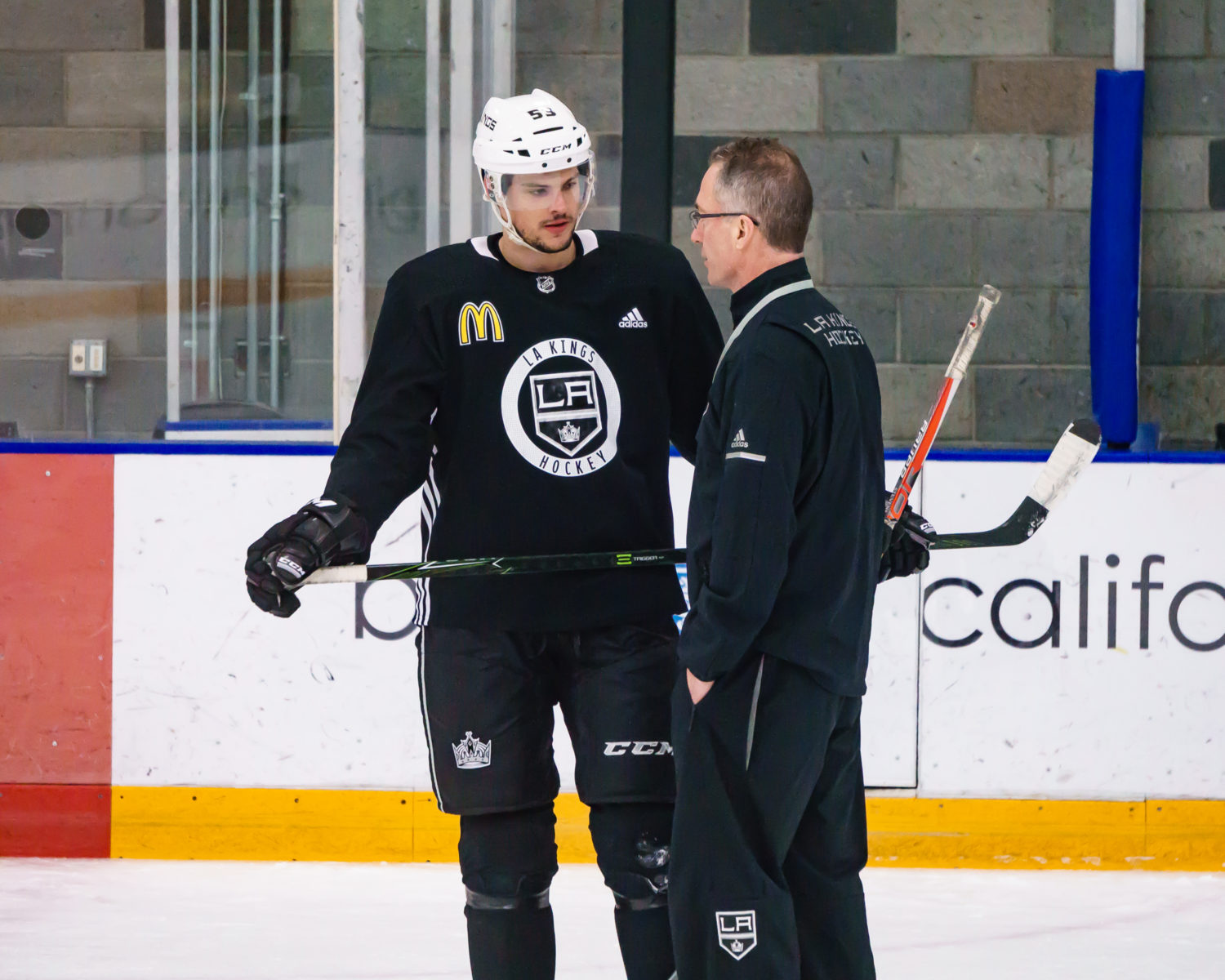 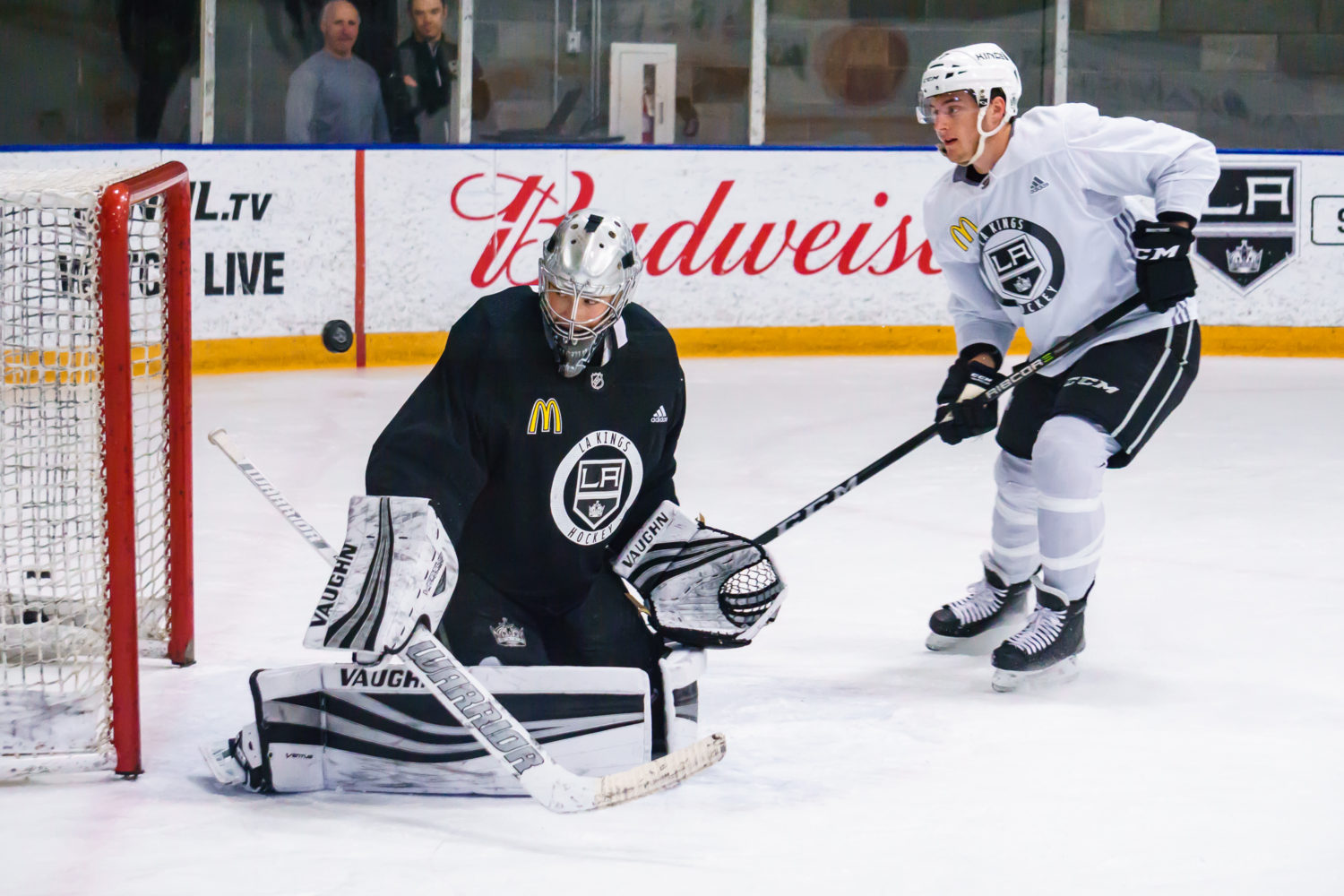 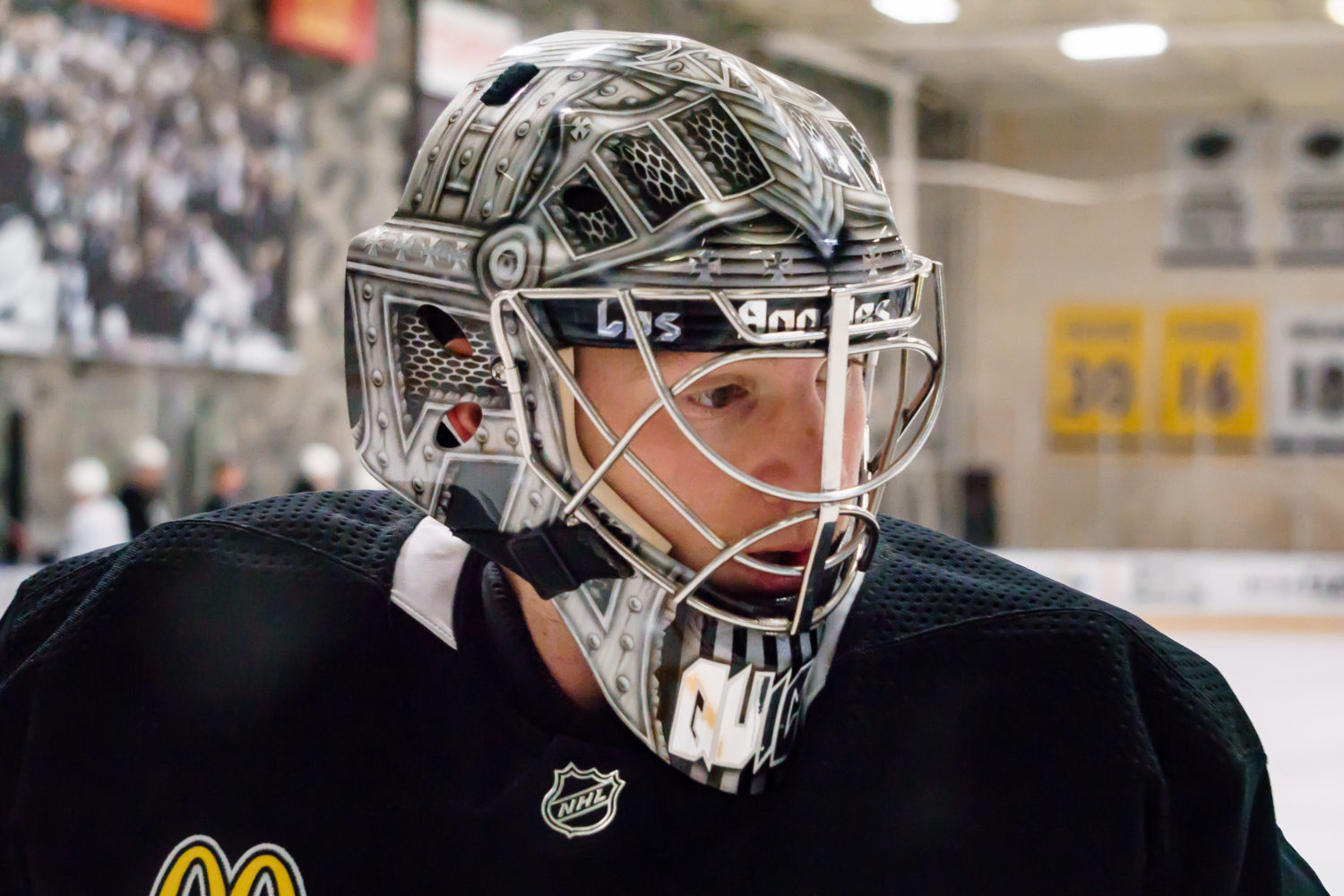 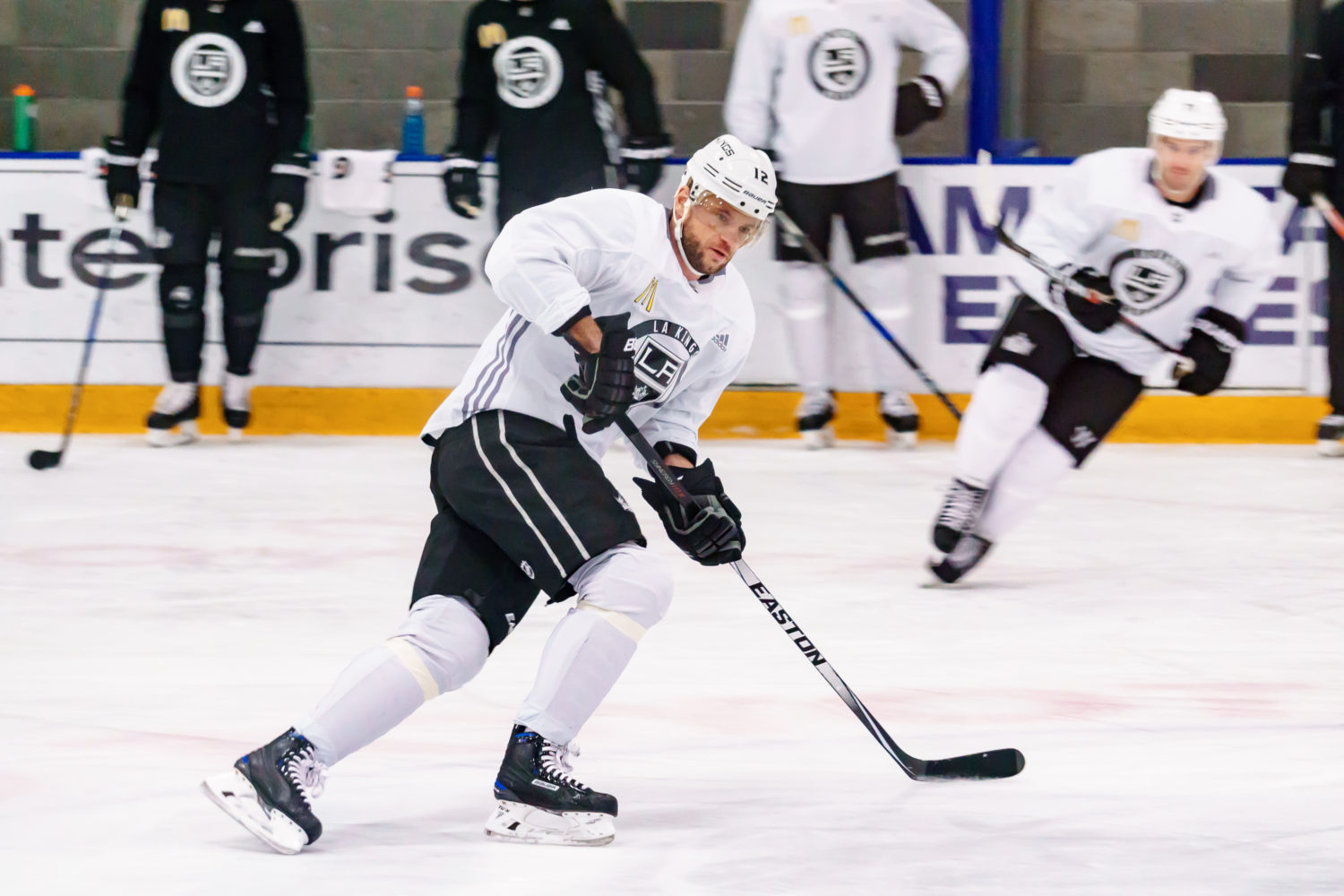 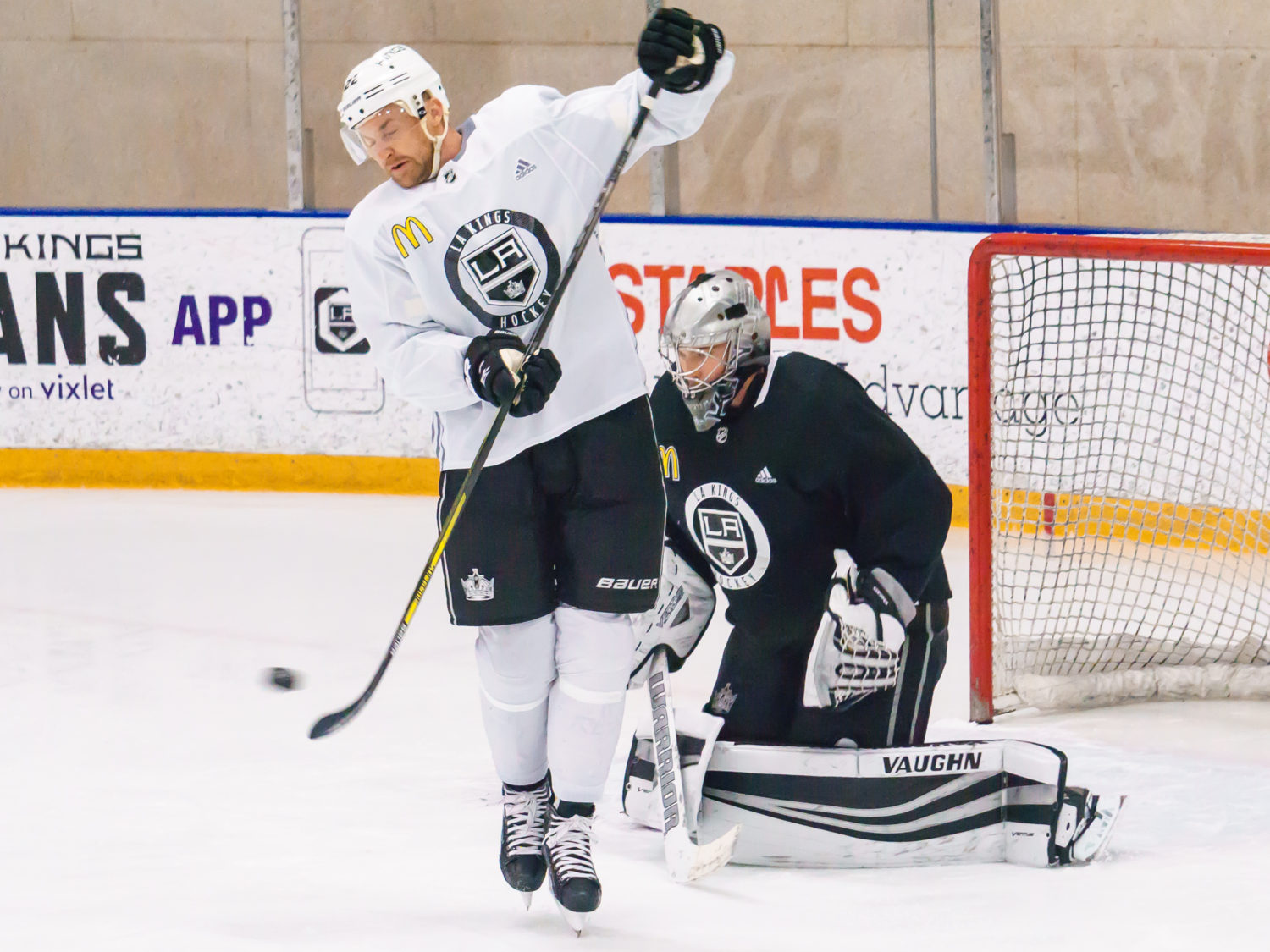 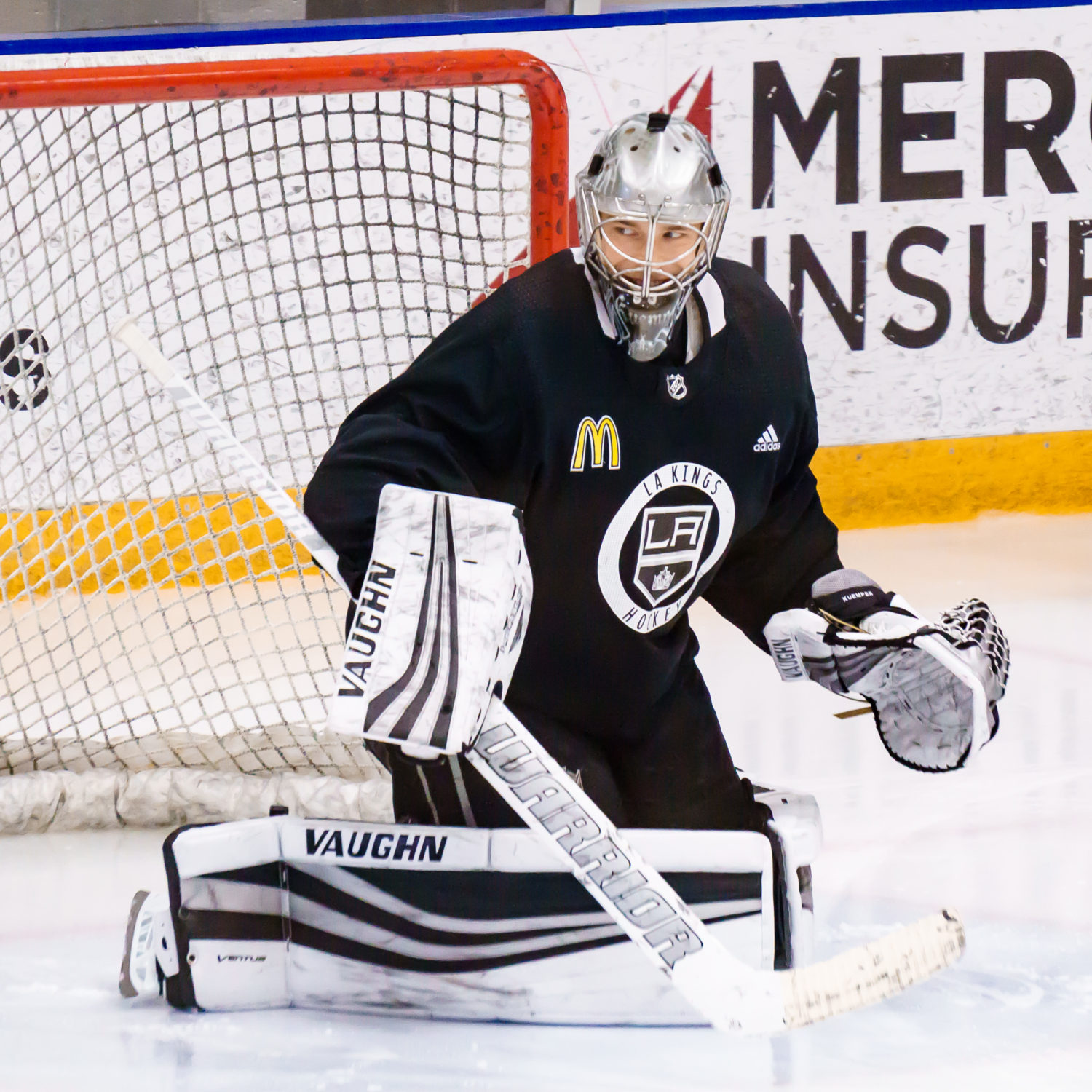