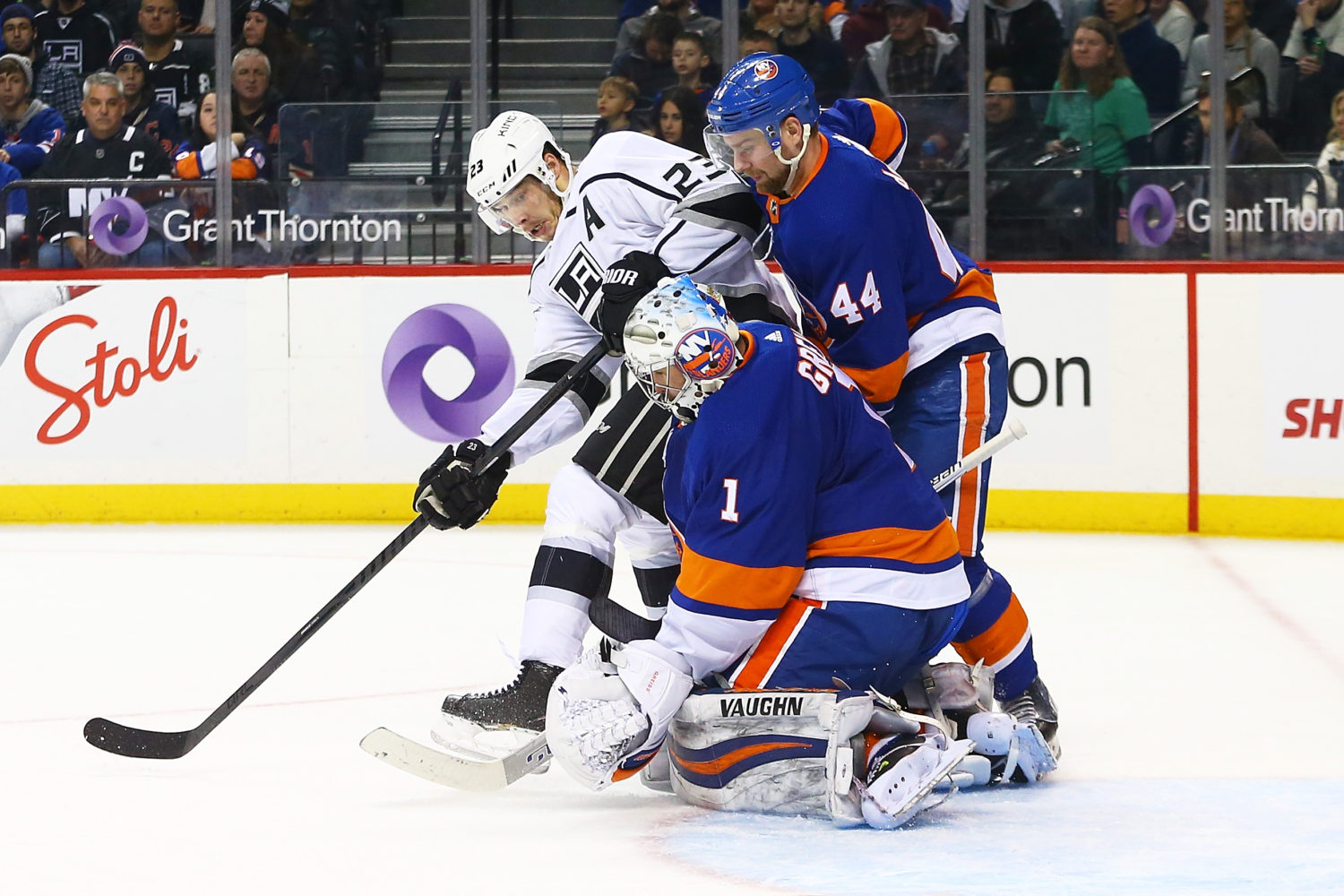 On whether it makes a difference that the one win on the road trip came in the final game:
I think it does. I mean, I think you’re always looking at your last game and trying to build on it. We didn’t deserve appoint in New Jersey, I didn’t think, but I thought we were in position to get at least a point on the Rangers, so that part was a little disappointing, and we gave ourselves a chance in the Islander game. But I think coming home with a win when we probably had played our best game on the trip, I thought we had good energy, I thought we got lots of contributions from everybody in that game. I do think it’s important just coming home. There are two big games here before the short break. I think it’s a much better situation coming home on a positive note.

On Kevin Gravel:
Kev, I think in training camp, he had gone through a little setback in the summer where he was sidelined when he got sick for a little while there, and I think he’s continually gotten stronger and stronger and has really played well. Every time we talk to our guys that have been down there, I talked to Mike Stothers, and they’ve been really happy with the progress of his game. He looks like he’s really got his strength back, he’s really playing fast, he’s probably been their best defenseman down there. And, Pauly’s played well, too. LaDue, I think, his game has rounded into form. We feel good that we have two kids down there like that that we think are closer and closer to being NHL ready, so when there’s an injury they’re in a position to come up and help us. [Reporter: How long was he sick for?] In the middle of the summer he had gotten sick, and he was kind of sidelined for a little bit. That’s tough when you’re training. You come back to training camp, and his weight got back up, but in terms of what everybody else is doing, you’re a little behind, but he’s gotten stronger and stronger and stronger, and feels better and better and better the whole way through it. He’s rounding into form.

On any change in Colorado’s balance and appearance after having traded Matt Duchene:
I think the big thing with them is MacKinnon’s been on fire. He’s been a dominant player, and they’ve got a really mobile defense. Since they made the trade, they’ve added Girard on the back end there, and they’ve really got some dynamic elements there. I think Barrie, where is he, first or second in the league in scoring [among defensemen]? He really creates some concern coming from the back end. I really think they focused on their team game without him. I think they’re trying to play more responsible, but they certainly can come at you without a really dominant offensive player in the lineup. I think they’ve been in the past and they continue to be a really good rush team, and that’s something we’re going to have to be aware of.

On what he saw in Dustin Brown that gave an indication he could return to being an impact player:
We went back and looked at his game, and there were times last year when even though he wasn’t scoring, he was around the net. I think kind of quietly, behind the scenes, Brownie was really getting a handle back on what his game is. I really think he got away from what he is as a player for a little while there. I think he maybe tried to do a little more on the outside. And a good thing – I think he was trying to become a better player, but I think he just reminded himself, ‘listen, I’m a guy that goes to the net, I’m around the net, that creates a lot for the people I play with.’ When I talked to Brownie, he was upbeat. We knew he’d prepare well. I told him if he wasn’t a 20-goal scorer again, I’d be disappointed, and he agreed. [Reporter: He’s well on his way.] He’s well on his way. And I think, part of that, he’s earned the right to play in a lot of key situations, and he’s been consistently paired with Kopitar, killing penalties with Kopitar, plays four-on-four with Kopitar, and has been a mainstay on the power play. When we get our power play going, I think that’ll only enhance his numbers. But he’s been a consistent identity player that I think he thought he’d gotten away from. But I look at Brownie, he still trains well, he still takes great care of himself, he still moves well. He’s still got great passion for the game, so for me, why can’t he still be a great player? I think he can, and I think he’s shown that he can.