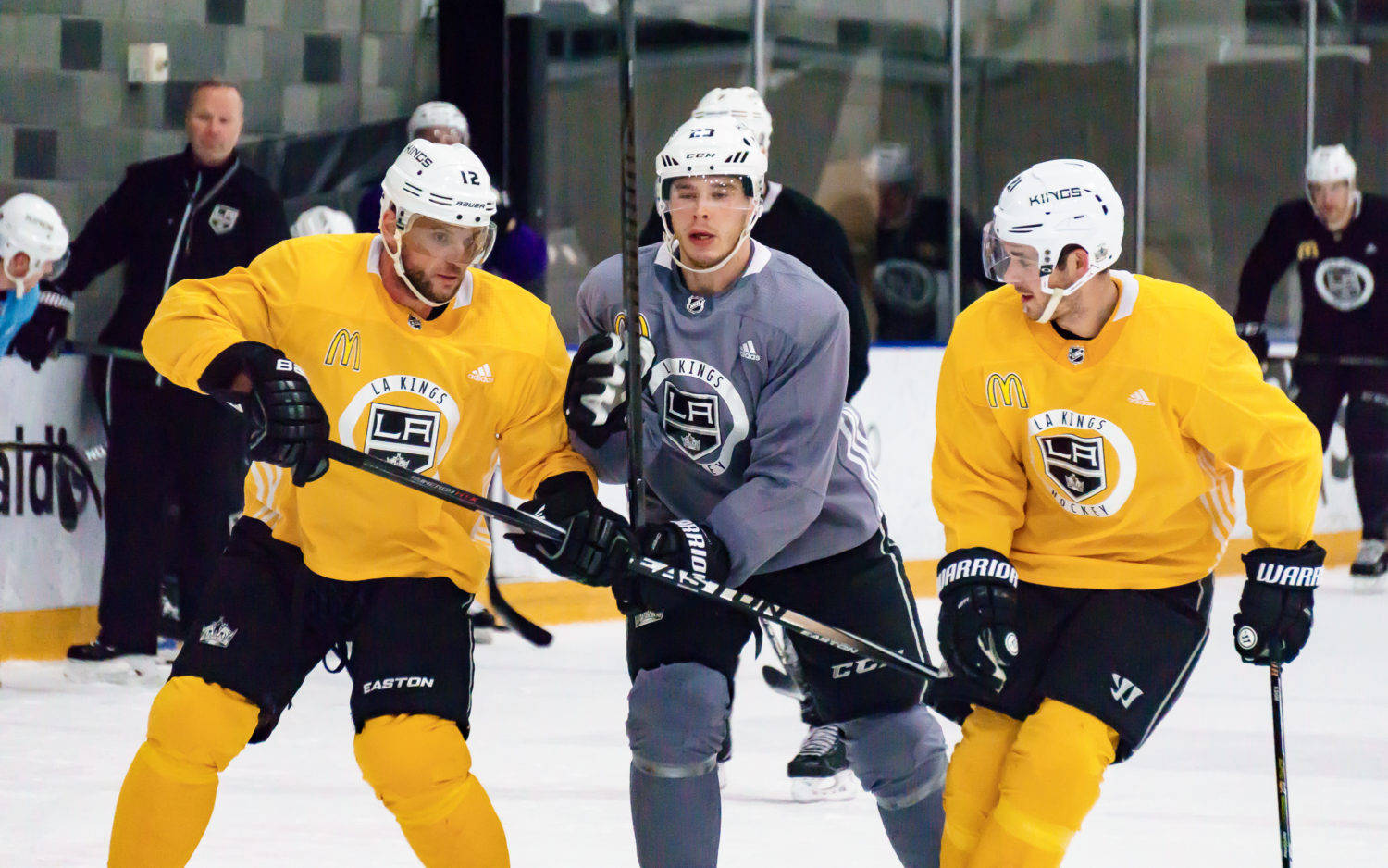 Good afternoon, Insiders. It’s good to be back in Gundo. Let’s get down to brass tacks.

-Lines were broken down by color coding. Forward groups were Iafallo-Kopitar-Brown, Pearson-Kempe-Toffoli, Gaborik-Shore-Lewis and the five-headed hydra of Jokinen-Clifford-Mitchell-Andreoff-Brodzinski. All seven active defensemen, including Kevin Gravel, were on the ice this morning. The practice followed a recovery day, so it was a lengthy, hour-long skate that contained battle elements in addition to the more regular rush and flow drills that often start a practice off.

-Christian Folin is not active. As noted, he was placed on IR yesterday with an upper-body injury, retroactive to December 18. John Stevens was asked how long the injury might keep him out. “We don’t know yet. Those types of injuries, you’ve just got to wait and see. Sometimes they respond and get better in a hurry and sometimes they linger. Sometimes they get a lot better in a hurry. We’re going to have to just wait and see. I think the first couple of days give you a better indication, and then once you get past that point – I don’t expect it to be anything long, long term. I think the first two, three days are going to be an indicator in how long he’s going to be.” So, in other words, he’s going to miss some games. It doesn’t sound partcicularly severe, but it doesn’t sound quite day-to-day, either. “He actually fell and slid into the boards there. At first I thought he got hit, shoulder-to-shoulder, but I think he reached and slid, and when he fell and slid into the boards, he kind of jammed himself.” When it was coined a “freak” play by a questioner, Stevens maintained some balance. “I don’t know if it’s a freak play,” he said. “You play a game really fast on a slippery surface with walls on the outside. “

-While Dustin Brown will be playing his 1,000th NHL game tomorrow night, it will actually be a night in which Marian Gaborik will be honored beforehand for playing his 1,000th NHL game, which came last Friday at Madison Square Garden. Please fight the inevitable urge to break your keyboard by aggressively typing HOW DARE YOU NOT HONOR BROWN ON HIS 1,000TH GAME THIS IS A SLAP IN THE FACE TO HIM AND ME AND MY WHOLE FAMILY AND ANYONE WHO HAS SEEN HIM PLAY I AM VERY ANGRY. Generally, NHL teams honor 1,000-game players with their silver stick presentation in the first home game *after* they reach 1,000 games. That will be Thursday, December 28 vs Vegas. Tomorrow is Marian Gaborik Day. Brown will still be recognized during the game, but his celebration will be on the 28th. This is very much like the Mr. Show Pre-Taped Call-In Show. When someone around you complains about this on Thursday, please hit them in the back of the head with today’s practice notes (after you print it out, of course. Don’t hit them with your phone.)

-I spent eight minutes chatting with Dustin Brown this morning and will have a story up tomorrow evening. The final question I asked was what he was most proud of having accomplished in a Kings jersey, and how it encompasses his entire experience with Los Angeles. It seems like there would be an obvious answer to this that revolves around lifting two Stanley Cups on home ice, but Brown really spent a lot of time on a nuanced answer. “Obviously those two moments are pretty special,” he answered. “It is more about the players I played with. My first few years, it was a turnstile in here. We had new faces every day, every game, and then things started to change around ‘08, ‘09, ’10. What’s more incredible, me playing 1,000 games, or me playing 800 games with two or three other players in this room? I think that’s pretty special for me, and then just the interesting things are the guy who drafted me was the only guy to play 1,000 [games all in uniform in Los Angeles], so it’s kind of full circle.”

“Guys like Lappy and Matty Norstrom, they made a big difference. There are so many people that help you along the way, and it’s a little overwhelming when you think about it, because that was one year, Lappy, right? And then it’s like now, I’m on the other side of it trying to help younger guys. It’s kind of an interesting journey. You don’t really think of it [big picture]. You come in and you do your job, you work to work, day-to-day, and then year-to-year. You reminisce about the years we won, talk about how we want to get back there. There’s been some real highs, and personal lows and team lows that you kind of go through, and it’s just trying to learn from it all.” 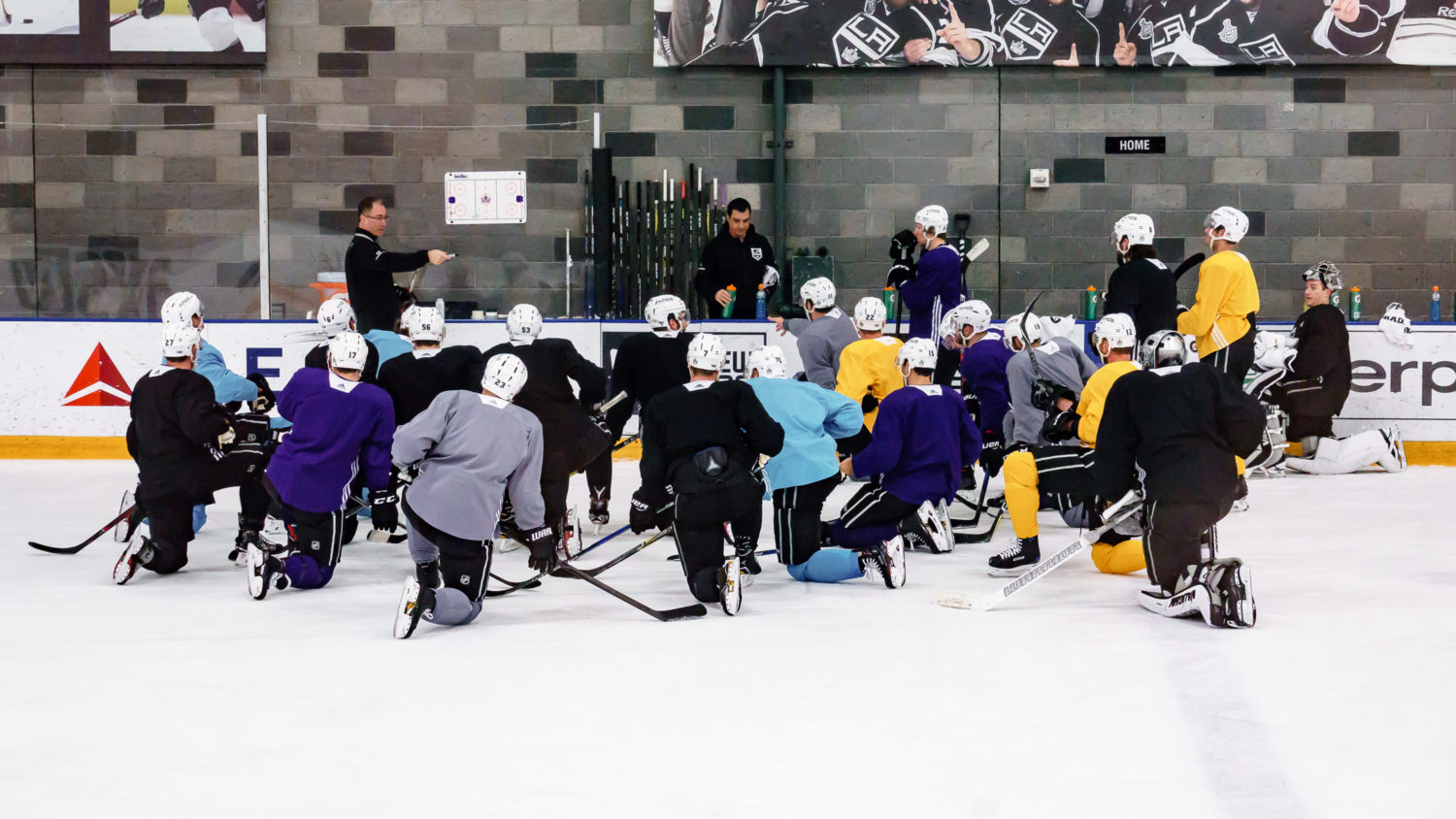 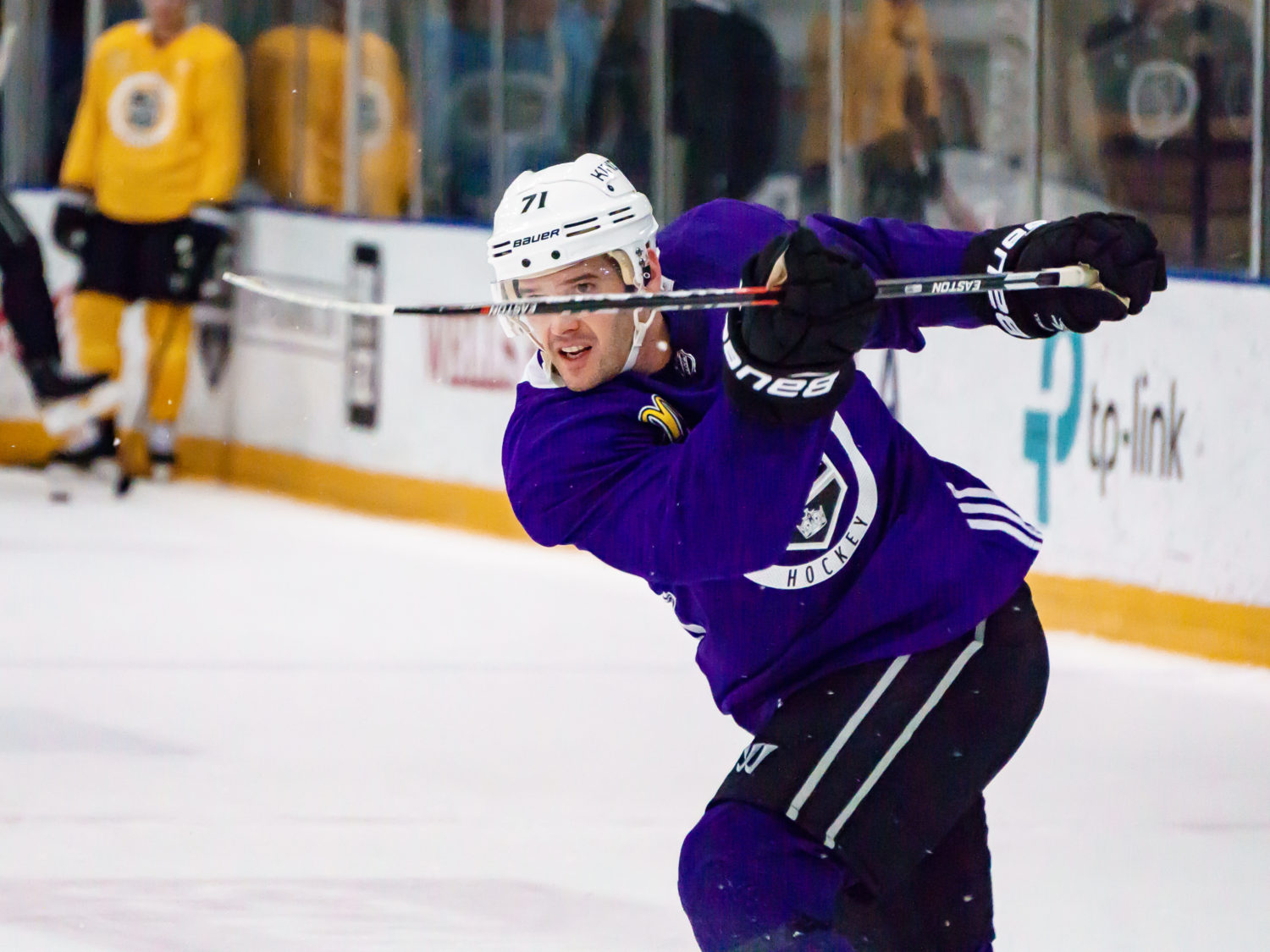 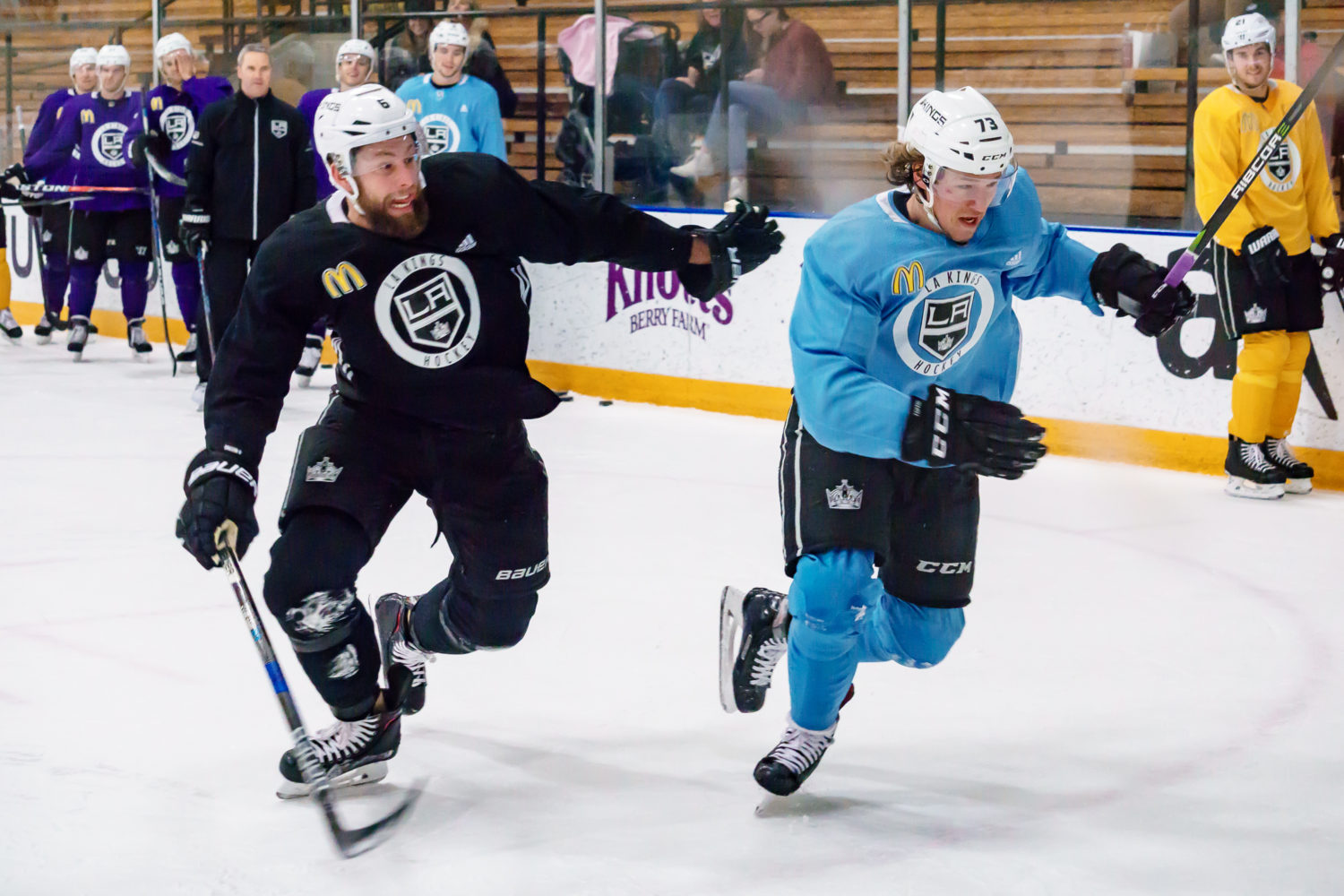 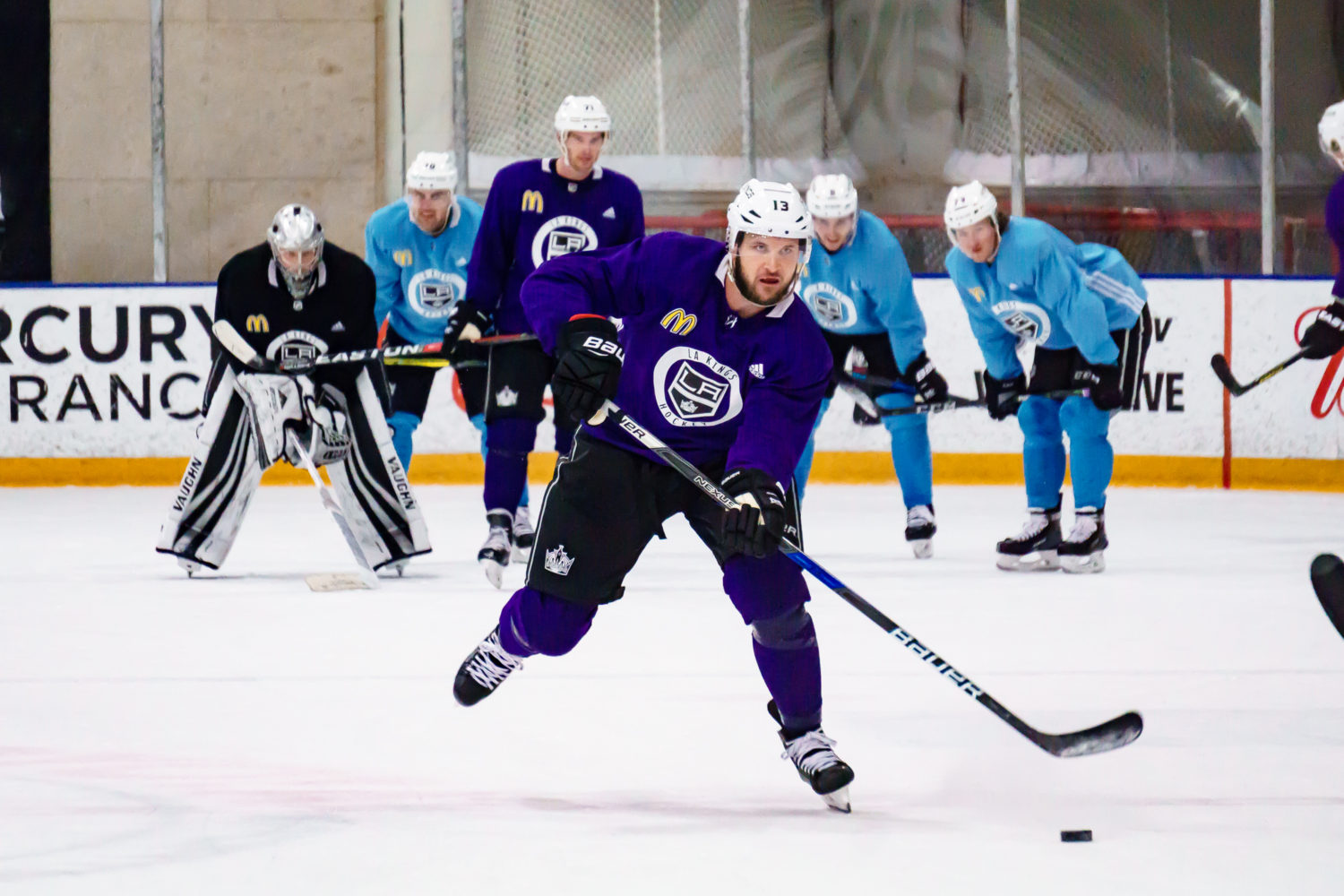 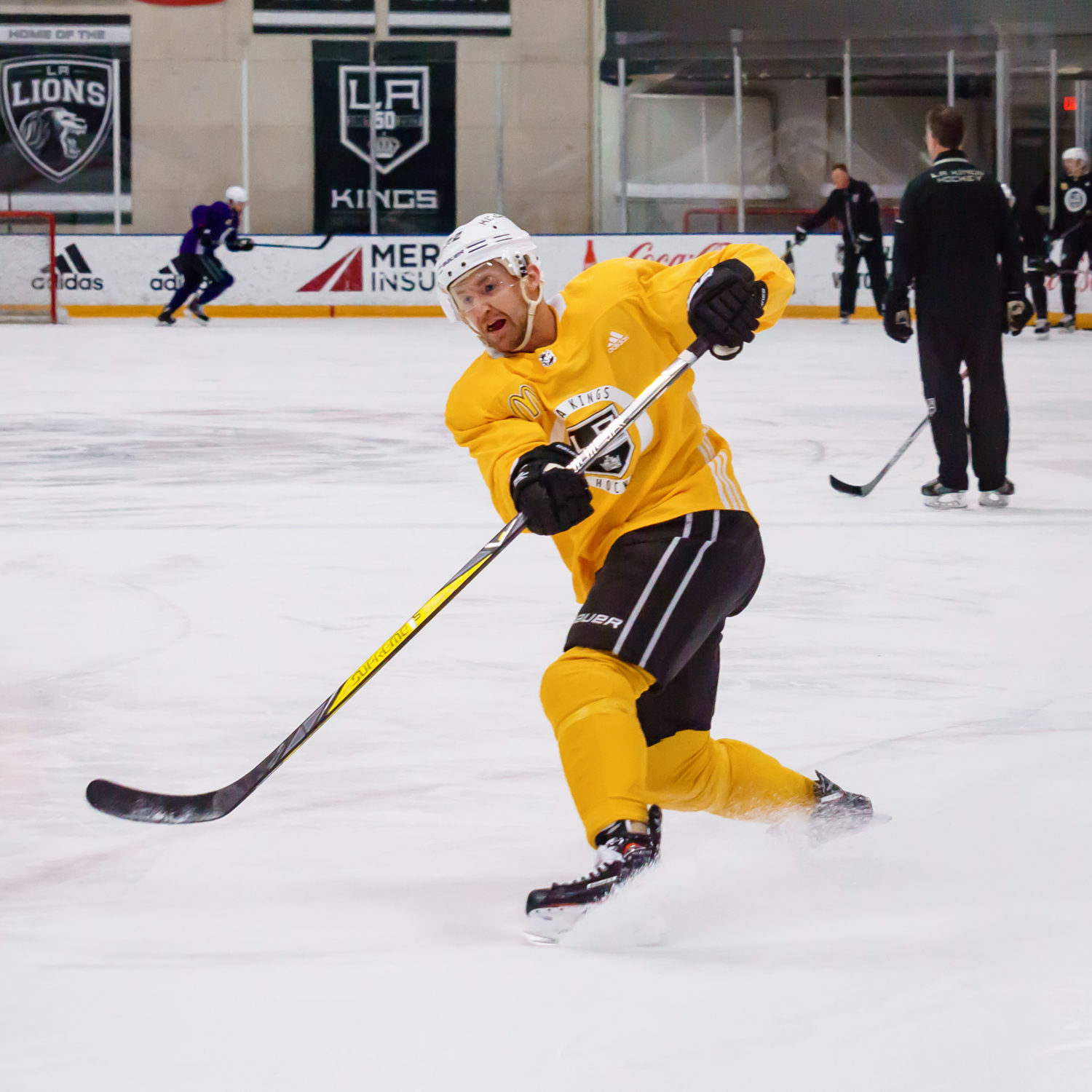 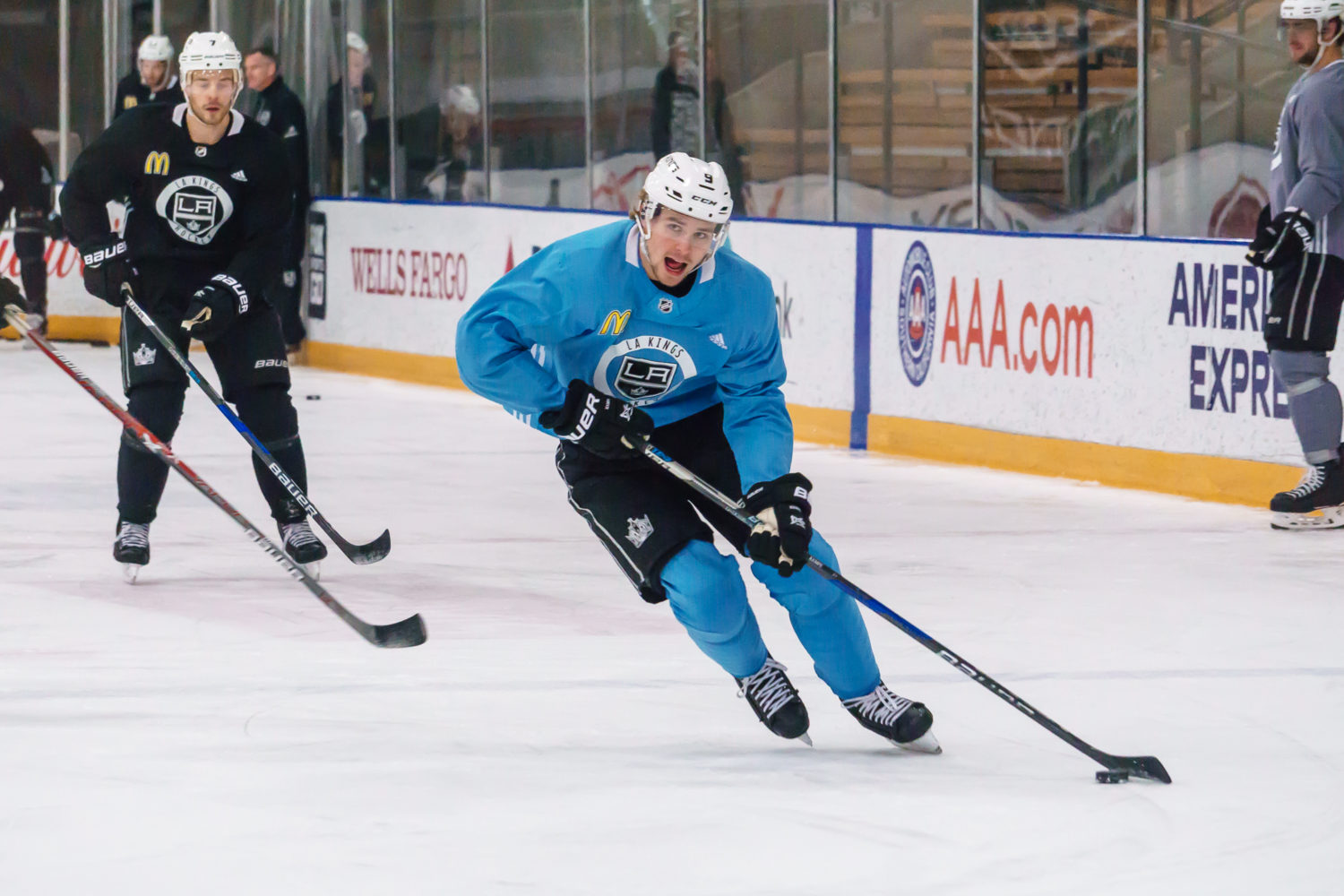