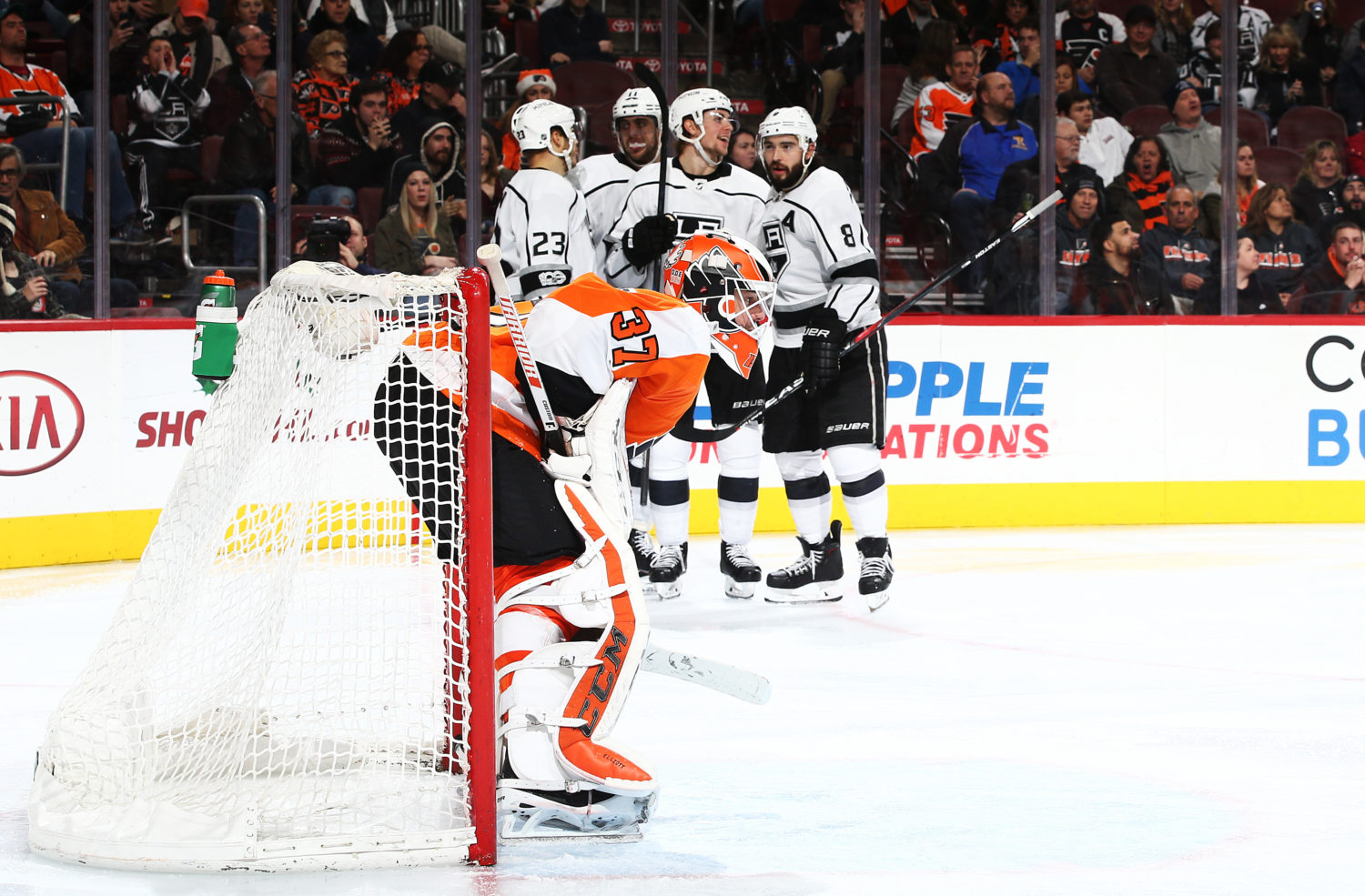 The Kings could’ve really used a win at the end of both a road trip and a five-game segment, and they got one in the form of one of their familiarly strong road efforts in which all players contributed, scoring was spread out, they checked well, and if not for another flukish deflection on a shorthanded shot block would’ve emerged from the game with a flawless penalty killing performance. A 1-2-1 road trip isn’t really anything to write home about, but it’s better to go 1-2-1 with the game trending up at the end than, say, getting on a plane after the 5-1 loss to New Jersey. They’ve hit their valleys, and will again hit valleys, but at this point of the season, this is a team that can score. Anze Kopitar’s line accounted for one disallowed goal, and yet Los Angeles still scored four five-on-five goals – against a team that entered the game allowing a league-low 46 – in lifting their average to three goals per game, tied for the 12th best mark in the league. While one goal was scored off a clean faceoff win by Torrey Mitchell and another after Nick Shore’s strong neutral zone checking, two goals, plus Toffoli’s goal, after Shore’s pass, demonstrated the team’s ability to move pucks quickly and distribute them, off the rush, to high-danger places on the ice. 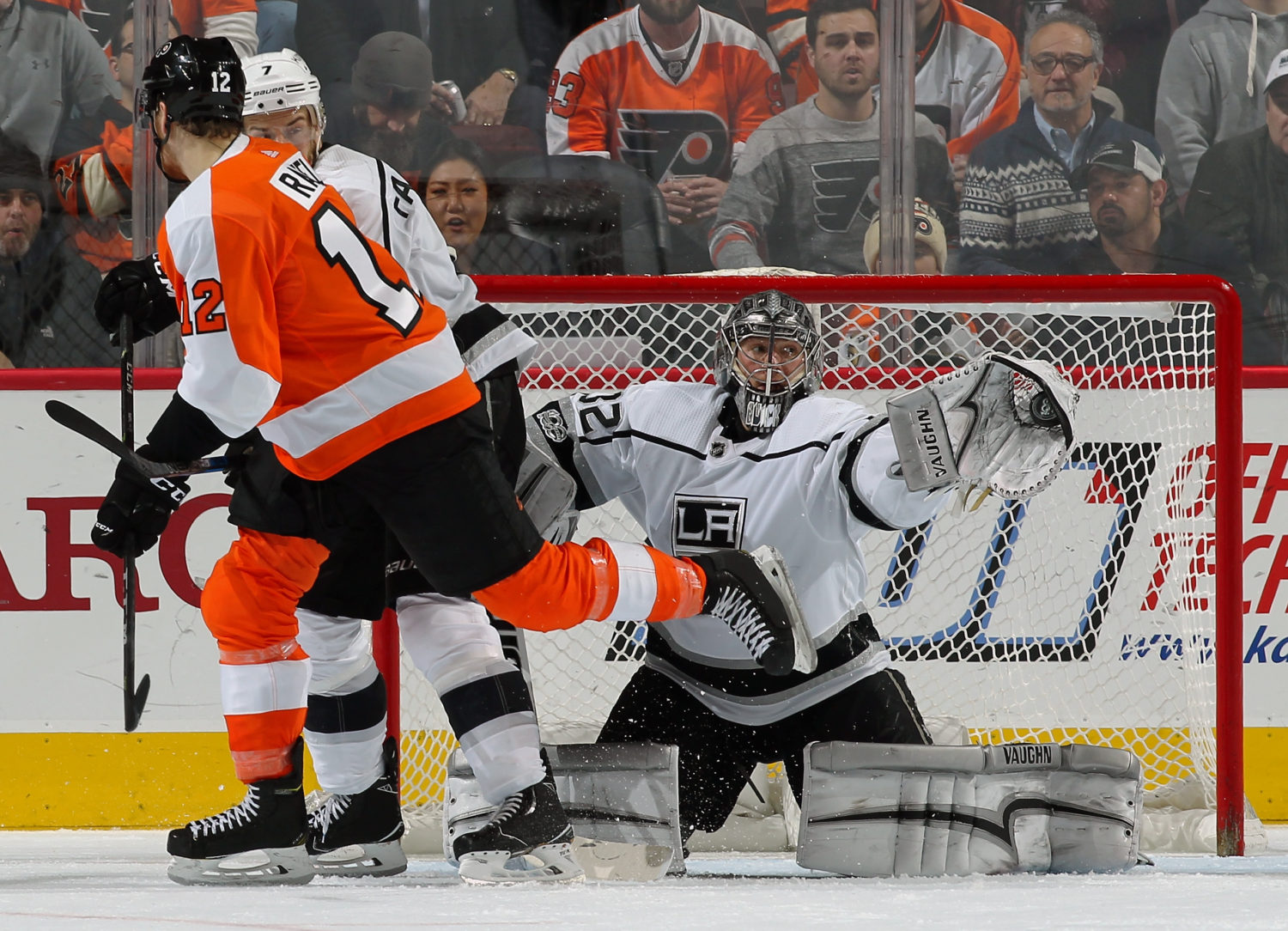 There were opportunities late for momentum to swing the opposite way, but the Kings defended well and relied on an excellent Jonathan Quick over a six-minute third period stretch in which they denied the Flyers any opportunity to claw right back into the game. With a 2-1 lead, Adrian Kempe was whistled for a cross-checking minor and scored an insurance goal six seconds after the Kings killed it off. From there, Los Angeles withstood a disallowed goal, and shortly afterward, killed off a Jake Muzzin minor and resumed complete control of the game. There were opportunities against throughout the game, and the scoring chance balance was roughly even, though perhaps favoring the Kings in volume and chance location. It served as the proper recovery from the Brooklyn game, when the team became weighed down by penalty killing and allowed goals during the surges of momentum against. Both games featured late first period goals that halved 2-0 leads, but L.A. checked better and weathered the ebbs and flows of the game better in Philadelphia. 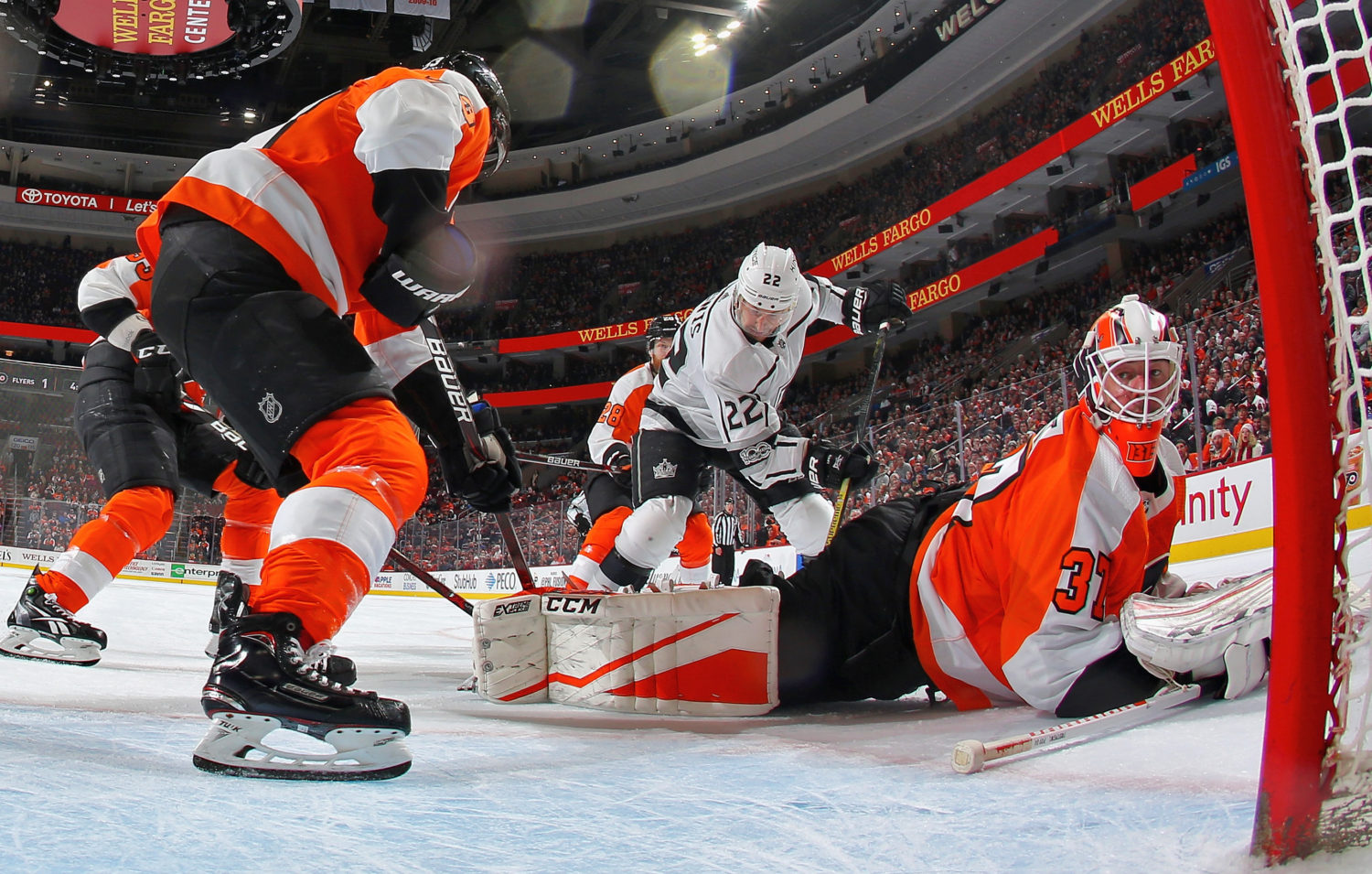 Tyler Toffoli entered the 100 goal and 200 point club in the win and was one of Los Angeles’ better forwards on the trip. In both of his goals, he was strong on the puck while driving down a hard area of the ice to score in a dangerous area. Playing for Darryl Sutter as a rookie isn’t always a walk in the park, and perhaps some of his more pointed evaluations received more attention than his subtler, more astute observations, but he shared a really interesting and somewhat prescient evaluation of what had to solidify in Toffoli’s 200-foot game after a practice day in Boston during the 2013-14 season.

“Well, when you break 200 feet down, there’s lots of times where it’s about inches and being able to hang on to pucks in areas and get pucks out,” Sutter said. “If you’re playing the Boston Bruins tomorrow, and you’re a right winger like Tyler Toffoli, and Jarome’s coming down the wall on you, can you protect the puck, or can you not protect it? Can you make a play there? Do you know he’s going to thump you? Stuff like that. … But you’ve got to put yourself in that position, and in the NHL, you don’t get much room. You’ve got to get into those tough areas, not just Tyler Toffoli, but everybody. Every goal that’s scored now is from the top of the circles in. There’s nothing from the blue line.”

And, because that practice day came the afternoon after the Detroit Incident, there was some continued sarcasm from the night before. “In fact, there’s goals now that are even scored from up in the mesh,” he said.

Toffoli is better built now and capable of making those plays where a stick slash, or a body in his way won’t keep him from getting to where he wants to go. It’s a good combination with the type of shot he showed off last night. Plus-minus isn’t the most worthwhile stat, but goals are scored when Toffoli is on the ice. With 5×5 GF/60 rates of 3.66, 2.69, 3.54, 3.14, 2.21 (in his injury-marked year) and 3.23, he’s been a reliable even strength player on a team that hasn’t been an offensive juggernaut and is now a +102 over 328 career games. 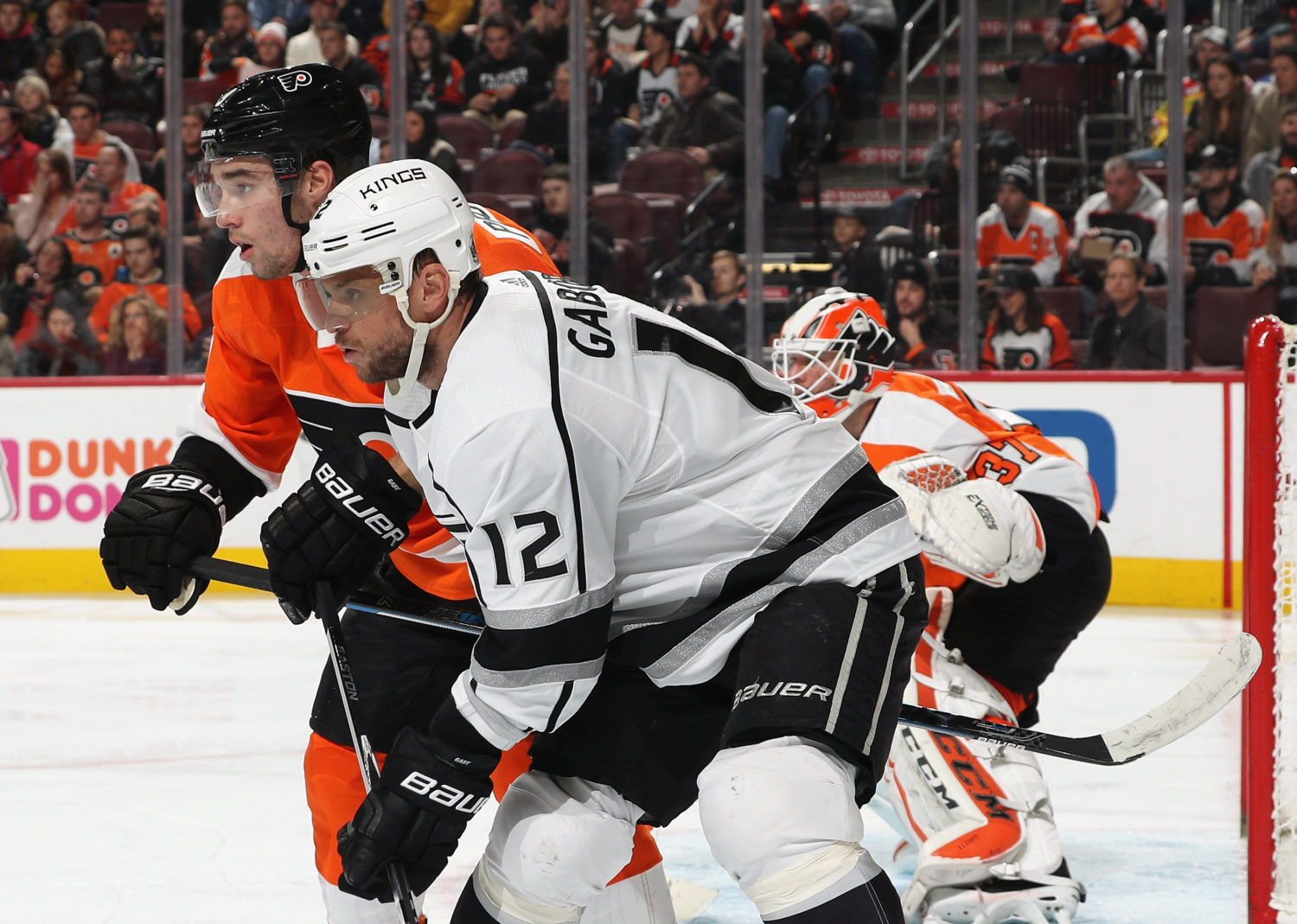